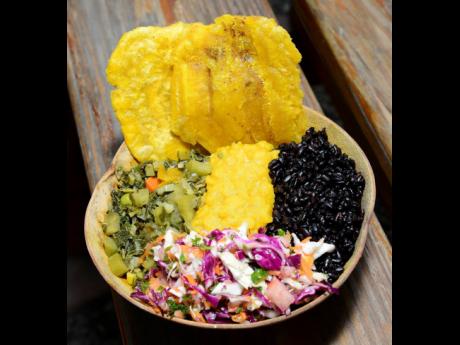 Ian Allen
A symphony of flavours is found in this mixture of black rice, steam vegetable, greatness salad, pressed green plaintain and dal. 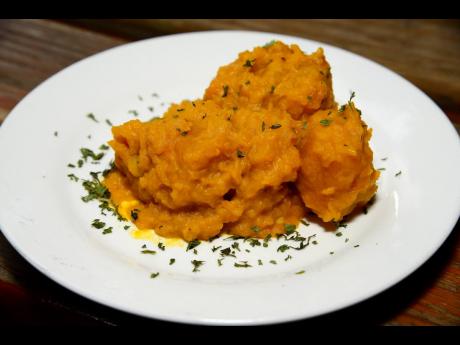 Ian Allen
Pumpkin Talkari made with a natural blend of Jamaican and indian spices. 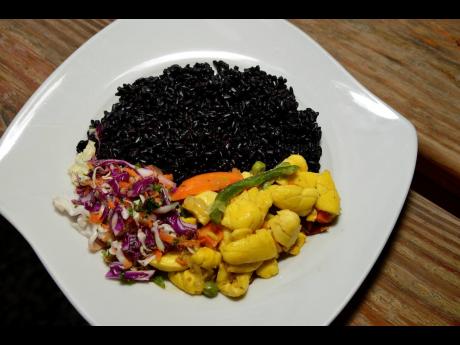 Ian Allen
Ackee is done differently with ackee and plaintain with black rice and their signiture greatness salad. 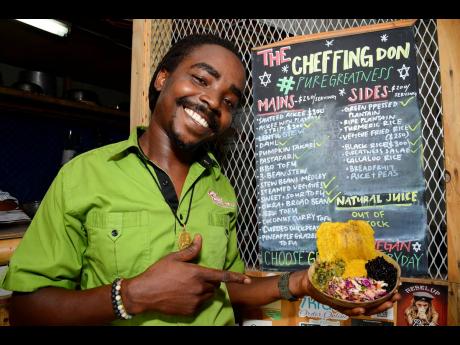 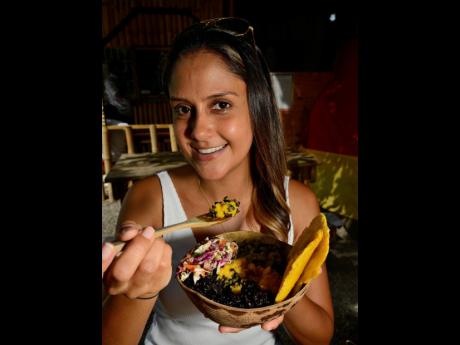 Contrary to popular belief, becoming a vegan is not as hard as you think. With more vegan restaurant chains emerging on the culinary scene, eating clean and healthy is more affordable and tasty while on the go. At the foot of Mannings Hill Road is a new generation of vegan delicacies meant to excite and inspire a healthier lifestyle. On April 4, 2017, the Cheffing Don, located at 1B Mannings Hill Road, became one of the handful of vegan restaurants to offer savoury vegan meals within the metropolis.

Owner and Head Chef Davion Edwards came up with the idea amid his struggle to become a vegan.

“Out on the streets we had nothing to eat and all we had access to was fruits,” said Edwards, as he delved into the difficulties he faced during that period. “People that need to go vegan can have something sustainable, something tasty and exciting. Something that would actually encourage people to go vegan,” he continued.

After discovering this niche, Edwards developed numerous recipes that he describes as having a wide variety of greatness. “Everything is 100% vegan and plant-based. People have the misconception that vegan food is bland, or you are eating grass. What we did was combine flavours and create a signature taste,“ stated Edwards.

The Cheffing Don menu includes their standout pumpkin talkari made from pot roast pumpkins and stewed in coconut milk with a little touch of greatness. They also have their authentic pastafari made from pumpkin cheese, made by Chef Edwards himself. Inspiration for his different recipes comes from his life in the country.

“We have authentic dishes. I saw my grandma roast cassava and then cook it down in the coconut milk. We use ideas like those and add our own little twist to it,” said Edwards. This quaint and rustic setting offers a unique cookshop experience specifically for vegans.

“We add a little flair to our food to make it tasty.” Even if you are a meat eater, you will appreciate the different flavours and variety available at The Cheffing Don.

“Every Friday is Greatness Friday so be sure to come out,” said Edwards.