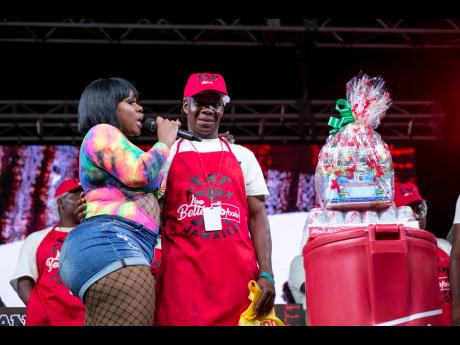 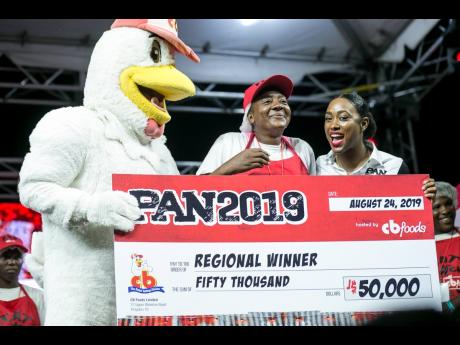 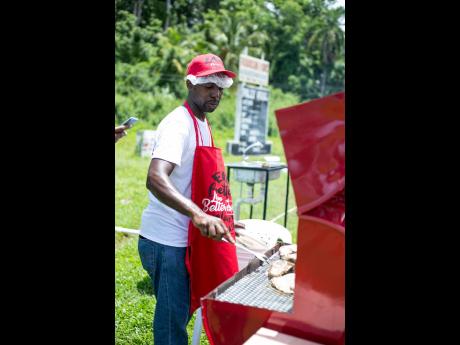 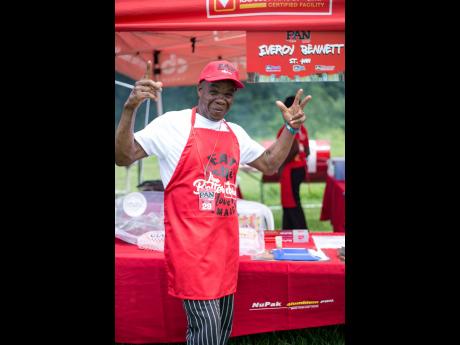 Contributed
PAN 2019 overall winner for Region One, Denton Gordon, is excited to get started minutes before the competition is under way. 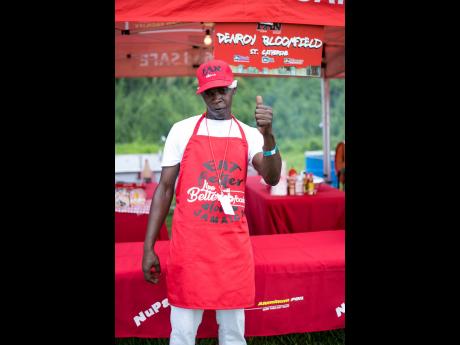 Intermittent rainfall could not dampen the high spirits at PAN 2019 held at Folly Oval in Portland last Saturday afternoon. Hosted by CB Foods, the occasion saw a massive turnout with jerked chicken among other savoury delights awaiting eager patrons from across the island looking to indulge in the best PAN chefs had to offer.

Anyone who has experienced the smoked aromas clinging to the clean Portland air, or the flavourful offerings fresh off the grill, and cooked to perfection, would have seen no exception on Saturday, August 24. The venue was littered with patrons brandishing wrapped foil and savouring the flavours within, as contestants stood by, watching judges sample their seasoned products.

The day’s festivities comprised a kiddies village presented by Monster Milk, heavily occupied and thick with laughter, while hosts Miss Kitty and Trippple X engaged the steadily growing audience with on-stage antics, all of which seemed to lessen the tension surrounding which chefs would advance to the finals.

While jerked chicken starred the show, PAN 2019 had more to offer than chicken adorned in the best seasonings, and pimento herbs, but also saw Bad Dawg treating patrons to their beloved hot dogs. Copperwood also had food lovers watering at the mouth.

Then came the highlight of the night – the announcement of the winners. In second place for Kingston and St Andrew was Miguel Turner, with Franklyn Mason landing the number one spot. Ronald Peart out of St Thomas came second to Kerisa Wright, whose efforts saw her awarded first place in her parish.

St Ann’s Jermaine Thompson gave his all, managing to land in second place, beaten by Denton Gordon, whose product wowed judges and secured him the number one spot for his region.

And finally, Trelawny’s Kemar Stewart came second to O’Brian Gordon, who came away as the number one PAN chef for that region.

First-place winners were awarded a $50,000 cash prize for their efforts, courtesy of CB Foods. Those who came in second place received a cash prize of $30,000, also courtesy of the PAN presenters.