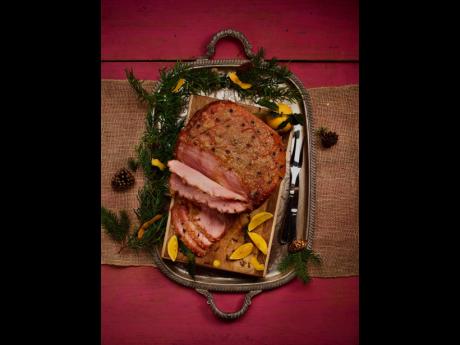 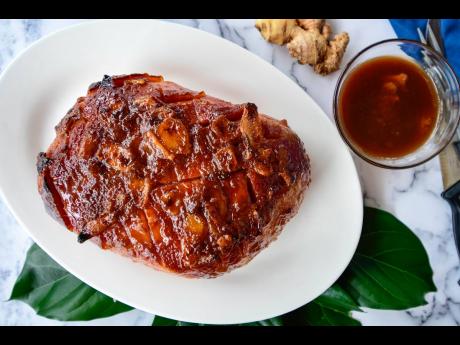 Contributed
Get ready to deshell those tamarinds for the delicious Tamarind Ginger Ham. 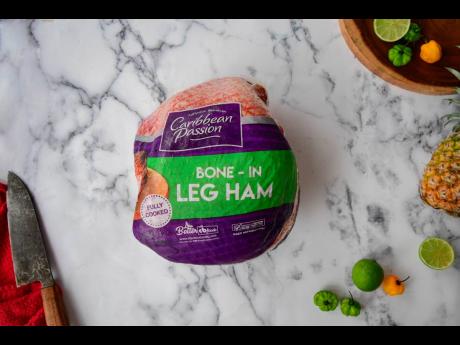 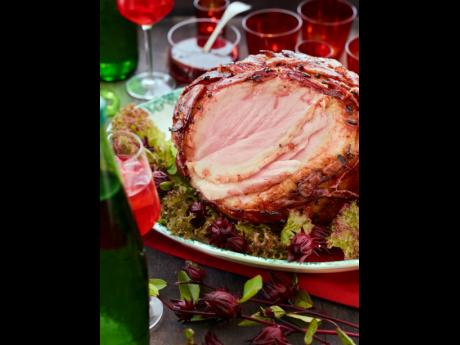 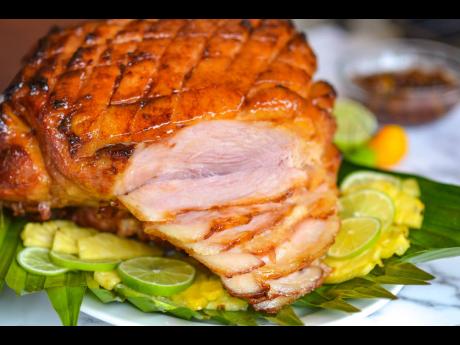 Contributed
Serve the pepper jelly as a topping on the slices of Pineapple Pepper Jelly Ham.
1
2
3
4
5

Ham remains a Christmas staple for many families, every year taking its place at the Christmas dinner table as the ultimate centrepiece among other meats and sides. Whatever the type: bone-in, boneless, leg or picnic, there are a variety of ways to prepare this tasty tradition.

For years, Caribbean Passion Hams – which prides itself on providing 100 per cent quality Jamaican pork – has been creating and sharing new, mouth-watering recipes for you and your family to try at home. This year, they are keeping that rich tradition alive, and we’re sharing four of those featured recipes with you.

1. Preheat the oven to 350°F. Remove all the packaging and nets from the ham.

2. Wrap the ham in several layers of foil and place in a baking pan. Fill the baking dish with water.

3. Place the ham in the oven to warm, 10 minutes per pound (six to eight minutes for a boneless ham).

4. Chop the pineapple into cubes and mince the Scotch bonnet peppers.

5. In a saucepan, combine pineapples, pineapple juice, juice of one lime, lime zest, Scotch bonnet peppers, and salt. Boil until it becomes a light syrup.

6. Remove ham from the oven, discard water and remove foil.

7. Peel away the skin and carve off the desired amount of fat. Using a sharp knife, score the fat diagonally.

10. Remove from the oven when it has reached the desired colour and set aside to rest before carving.

11. Reserve the pineapple pepper jelly that has thickened and formed at the bottom of the pan. It will be chunk, you may blend it into a smooth paste.

12. Serve the pepper jelly on top of ham slices.

2. Wrap the ham completely in two to three layers of foil.

3. Place the wrapped ham in a baking dish half-filled with water and warm in the oven; six minutes per pound.

5. Once the sauce is slightly thick, remove it from the heat and set aside.

6. Remove the ham from the oven.

7. Remove the foil and wrap completely in bacon, pinning with toothpicks to secure.

9. Pour the sorrel glaze over the ham and put back in the oven for another five minutes.

10. When the bacon is crispy, and the sauce is thick, remove from the oven and serve.

1. Make sure the ham is completely defrosted before warming.

2. Boneless fully cooked hams are very easy to dry out. Do not overcook.

3. A five-pound boneless ham will take about 30 minutes to warm through to the centre.

1. Preheat the oven to 350°F. Remove all the packaging and nets from the ham.

2. Wrap the ham in several layers of foil and place in a baking pan. Fill the baking dish with water.

3. Place ham in the oven to warm, six-eight minutes per pound for a boneless ham (10 minutes for a bone-in ham).

4. In a saucepan, combine the deshelled tamarind, sliced ginger, water, sugar and honey. Bring to a boil, then reduce to a simmer, mashing the tamarind to release the seeds.

5. Strain the sauce to remove the seeds. You may reserve the ginger slices or discard them with the seeds.

8. Remove from the oven when it has reached the desired colour and allow to rest before carving.

1. Completely defrost the ham, and preheat the oven to 350°F.

2. Wrap the ham in layers of foil and place in a baking dish, half-filled with water.

4. Remove from the oven, peel away the skin and carve any excess fat.

5. Score the meat slightly and diagonally in a diamond platter to allow the glaze to permeate. Insert cloves into each diamond.

1. Combine the brown sugar and rum and occasionally stir for 10 minutes, allowing the sugar to dissolve as the rum becomes darker.

2. Pour rum syrup over the ham, allowing it to seep into the scored cuts. Optional: Sprinkle a dusting of brown sugar over the ham.

4. Continually baste the ham with the drippings until it is golden brown and the glaze becomes a thick syrup.

5. Remove the ham from the oven, slice and serve with the roasted oranges. Decorate as desired.

You can yield 12 to 14 servings. Baking time is an hour and a half.