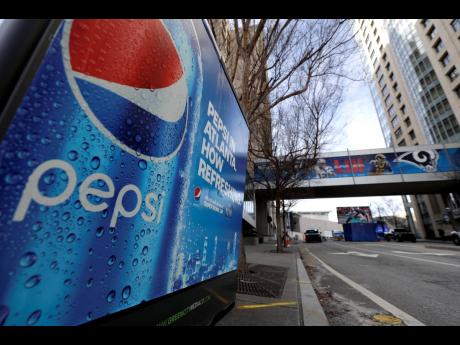 AP
PepsiCo is joining forces with Beyond Meat to develop new snacks and drinks made from plant-based proteins. The companies aren’t saying as yet what kinds of products they will make.

PepsiCo and Beyond Meat are creating a joint venture to develop snacks and drinks made from plant-based proteins.

The companies didn’t reveal what kinds of products they will make on Tuesday, saying they’re still in development.

But the collaboration sent Beyond Meat’s shares to their largest single-day gain since they began trading in 2019, jumping by more than US$62 each to US$221. Pepsi’s shares remained flat.

The join venture gives Pepsi access to one of the leading plant-based meat companies at a time when consumers are increasingly cutting back on meat consumption and looking for healthier, more sustainable foods. Beyond Meat’s burgers, sausages and chicken, which are made from pea protein, are sold worldwide, including at Starbucks in China and Pizza Hut in the US.

Beyond Meat gets access to to Pepsi’s distribution system and broad product line. Pepsi, in addition to drinks, makes Fritos, Cheetos and Tostitos, as well as Matador beef jerky.

It’s a shot in the arm for El Segundo, California-based Beyond Meat, which had been struggling to convince investors of its growth opportunities as competition increased. Beyond Meat shares plummeted in November after retail sales slowed and McDonald’s hinted that it might work with another supplier on a new plant-based burger for the US market.

Food companies are increasingly jumping into the plant-based space. In 2019, Chobani introduced coconut milk-based yoghurt, and Nestlé brought out plant-based burgers and ground meat. Meat giant Tyson Foods, which used to own a stake in Beyond Meat, now has its own line of plant-based meats.

The financial terms of the deal weren’t released. The joint venture will be managed through a new entity called The Planet Partnership.