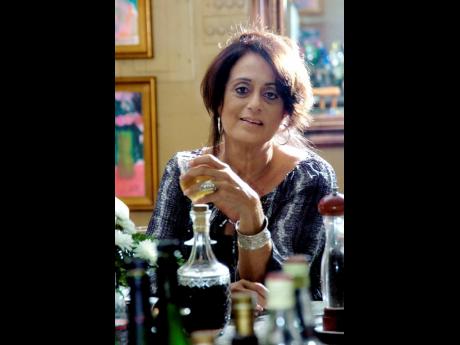 File
Restaurateurs have saluted the late Stephanie Scott as a true pioneer in the food industry. 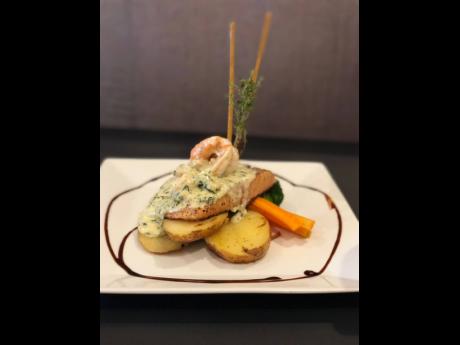 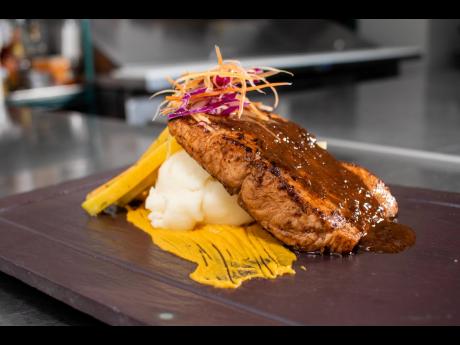 Contributed
2. The exciting flavours of the coffee and coco salmon from Bubble and Spice at Coral Cliff makes it a guest favourite. 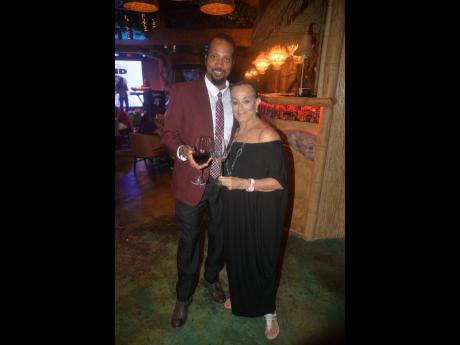 A stalwart in the food industry. A pillar of hope who shows nothing but love for the community. That was Stephanie Scott, managing director of SSCO Event Management and conceptualiser of Restaurant Week (RW). Passionate about (in)satiable delights...

A stalwart in the food industry. A pillar of hope who shows nothing but love for the community. That was Stephanie Scott, managing director of SSCO Event Management and conceptualiser of Restaurant Week (RW).

Passionate about (in)satiable delights and people, Scott spearheaded one of the biggest gastronomic events ever to hit the island. This entrepreneur personally scouted top-tier restaurants within the metropolitan area, innovatively inviting them to join the movement.

Designed with just about everyone in mind, the categories ranged from an enchanting epicurean or delectable experience to the amazing deals available in both the savoury and tasty categories. Lunchtime lovers couldn’t help but pop in for their favourites on the ‘nyam and scram’ menus. And in later years, breakfast bites provided a nice alternative for persons who craved an early opportunity to satisfy their appetites.

She recruited popular food establishments all across the island to jump on board the RW ship, including restaurants from the city of Montego Bay and the parishes of St Catherine, St Ann, Manchester, Hanover, Westmoreland and Portland. Her last staging in 2019 saw over 100 restaurants participating in the annual week-long event, a major jump from having just over 10 sign-ups in the first year.

Both Saffron and Tamarind Indian Cuisine actively participated in the RW package. Saffron from 2010 and Tamarind from 2012. Both were a part of RW up until 2019. Owner Vivek Chatani explained that it was important for him to include his restaurants because the annual event opened up an avenue for growth in the customer base, providing one of the best marketing platforms for expansion. The goal was to take the discounted three-course meal as an opportunity to create memorable experiences and wow guests so that they would return for more. And they did. “Restaurant Week introduced us to so many new diners. It also provided a week full of events sponsored by other corporates, which excited a lot of diners,” Chatani told Food.

Working with Scott was also a breeze, since she sparked the burning flame and created a buzz for foodies and restaurateurs alike. “We had a great relationship with Stephanie. She had a very friendly and vibrant personality. With regard to RW, she was very meticulous and was involved in all aspects of Restaurant Week, from minor details to major decisions,” he added. One minor detail that turned into a major decision for menu integration was introducing the non-veg platter, an assortment of different meats. Since its RW debut, this dish has become a staple on the menu and functions as a popular order.

Lisa Chin, owner of Fromage Bistro, Fromage Brasserie and Cafe Dolce, agreed wholeheartedly with Chatani’s sentiments. Participating from 2013 to 2019, she revealed that she was not only pleased by the chance to showcase the restaurants’ talents and menus, she thoroughly enjoyed the excitement of seeing persons dressing up and filling the different locations. “Returning every year was a must. Stephanie would never have it any other way. To be included in such a highly anticipated yearly event helped the culture of dining for both restaurants and food lovers. It was strategically marketed so that our restaurants would become well known among customers who looked forward to coming to our establishment,” she said.

She confessed that Scott was a friend and almost a business partner when RW rolled around, especially during the months leading up to the main event. “She would come and sit for long periods of time, making sure to help with menus, while ensuring that we were doing it right. She always appreciated our input, and although she had a dedicated team, she would always take the time to come herself and call in to make sure all deadlines were met. You could call her at any time if there were any hiccups. She was very passionate, and everyone was happy,” she declared.

When Chin expanded her meal portfolio, opening a restaurant that catered to breakfast and, by extension, lunch, Scott, she said, ensured she would find a spot for the casual dining experience as well. So once the breakfast bites section was born, Chin jumped on board, “Stephanie wanted more options for price points to make sure all RW customers had a choice and that eating out was not particularly at nights, but throughout the entire day.”

Admitting that several dishes were created specifically for the annual week-long event, which were later transferred to the regular menu, the entrepreneur mentioned the coconut-crusted snapper. You can now order it at Fromage Bistro, as well as the salmon florentine. “Stephanie was never pushy when it came to our menu items. But she would always look out for her sponsors to make sure we had them covered. We always supported her with that, and we looked forward to creating dishes for the event,” Chin said.

Matthew Hann, the marketing, events, and customer experience manager at Terra Nova All-Suite Hotel, said that the hotel’s restaurants had been a member of the RW family since its inception. When Regency emerged in the food scene, it was inducted into the movement as well. “Restaurant Week provides us with the opportunity to cater to a wider audience than we customarily would. Every year, without fail, we meet more persons who would comment that they had always wished to dine at our restaurants. Restaurant Week provided that opportunity,” he noted in a recent interview.

The business ranges from Terra Nova, which has over 60 years of service to Kingston and Jamaica under its belt, to Regency Bar and Lounge, which has been open for less than a decade. While the company continues to discover creative means of connecting people to amazing food and service, it credits RW for revolutionising the dining experience, “Restaurant Week’s proven record for creating more exposure and the chance to stand in competitive solidarity with other restaurants across the island ensured that all our restaurants and our bar would participate. It is one product that has kept Terra Nova All-Suite Hotel focused on improving our restaurant and bar programmes to ensure service and customer experience excellence.”

Another important reason for the company’s annual participation: Stephanie Scott. “She was passionate about the Restaurant Week brand, involved in every aspect from the initial email or phone call through to final execution, and she was committed to ensuring that every year was a greater success. We were always ready to align with her because we knew that Stephanie would never accept or allow her Restaurant Week product to fail. So we believed that our investment in RW was always secured as a result,” he added.

Instead of creating new dishes for the occasion, the mission shifted to pulling from the main menu to get everyone excited about what was being offered. Quite often enough, the annual event changed what dishes were frequently ordered by customers following its staging each year.

Brian Brown, sales, marketing and entertainment manager of Coral Cliff Gaming and Entertainment, said that the company participated in RW in its heyday when both Acropolis and Coral Cliff were in full swing. When the event expanded to the second city of Montego Bay, the team was all too happy to sign up. “The investment was a no-brainer for us, given the lead-up and post-RW public relations boost, and especially the income generated during the week itself. The calibre of this annual culinary treat afforded new patrons a more affordable opportunity to experience all Coral Cliff has to offer,” he shared.

He recalled when he first met Scott, her personality, he notes, was larger than life, and her enthusiasm for the brand and product was instantly infectious. “Stephanie lived and breathed RW and was always innovating and searching for new partnerships and avenues to add value for her partners and diners. It wasn’t a once-a-year event for her, it was her life, and the end product of thousands of happy diners is the proof of the pudding.”

The two entities joined forces to create the dinner-and-a-show concept for RW, where the restaurant would feature different artistes and celebrity guests for the week. Performers like Tarrus Riley, sprint stars Usain Bolt, and Shelly-Ann Fraser-Pryce, among others, were mainstays at the restaurant’s RW staging. As one of the first signatories when RW expanded outside of Kingston, the dedicated team always discussed ideas for market and venue, and Scott constantly pitched ideas. “When we reopened our doors in 2018 as Bubble and Spice at Coral Cliff, RW was the first major marketing activity we embarked on, and we launched several new menu items then, including our very popular coffee and coco salmon, the signature dish that year, which is now a staple in the main menu.” He continued, “I can’t imagine RW without Stephanie as our host at the Montego Bay launches or our guest during the week. May her soul rest in peace.”