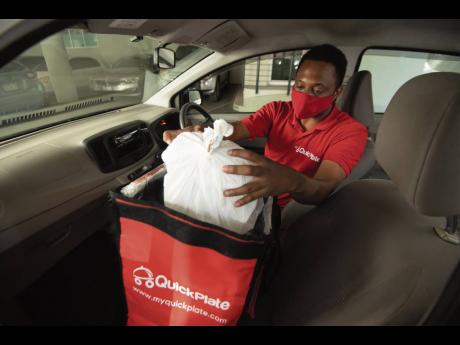 Contributed
A member of the QuickPlate team makes a delivery. The food-delivery service now employs approximately 40. 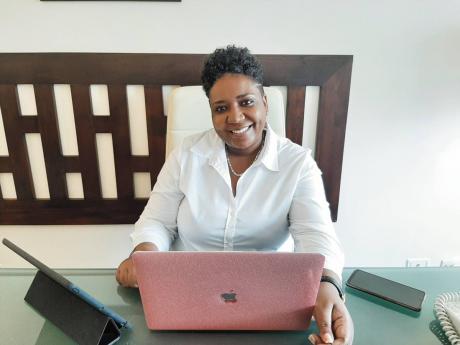 Jamaican trendsetter Monique Powell has entered the tourism capital, Montego Bay, with her innovative direct-to-consumer food-delivery app. Powell’s QuickPlate is now dishing out meals throughout the Second City, after capturing parts of the capital city, Kingston, in the last five years.

The founder and chief executive officer of the food-delivery service said she was spurred by residents here who kept asking for the facility. “Those questions led to us doing market research to see whether there was a demand for a service of this nature, not just on the diner side, but also on the restaurant side, and we saw where there was actually a gap in the market. A gap we knew we’d be able to fill,” she told Food.

Powell and her team have secured nine new Montego Bay-based restaurants, including Pier One, Uncorked West, Ol’ Joe, Starbucks, Bellefield Great House and Mother’s to deliver meals for its customer base. This brings the number of restaurants it currently serves close to 100, with a growing customer base exceeding 10,000.

Unlike other companies who had to lock shop or cut staff, Powell’s company saw a significant jump in user base and usage per customer per month.

So encouraged was the entrepreneur that she launched QuickPlate Montego Bay in January. She revealed that islandwide expansion had always been part of her plans. With the COVID-19 pandemic pushing up the demand for online ordering and delivery, “we accelerated our plans,” she said.

Already, the orders she has been getting since entering the city of Montego Bay have exceeded her expectations. The excitement generated for the service, she said, was evident on their social media pages.

And although the team here is small, Powell sees growth. Across the board she is employing approximately 40 people, after a mere five years in the market, and by the end of the year, she expects to increase her number of employees in the tourism capital to 25.

As much as she would like to employ women as part of the delivery team, Powell tells Food that the team is predominantly male, since men tend to gravitate towards those roles. But her “in-office team has an even mix of men and women,” she pointed out.

Powell’s entry into Montego Bay was made possible by another woman, renowned for her connections to the business community, Karlene Walters, who introduced her to the space.

“Once we got the first few restaurants on board, others started to follow suit.”

Powell said she had invested approximately $2 million on costs related to her entry into Montego Bay.

“Montego Bay was the next best fit for the brand; this move supports our efforts to make food delivery accessible to more Jamaicans, bringing delicious meals to their doorsteps.”

“As the Caribbean’s fastest-growing meal-delivery service, we are expanding to meet those demands with the convenience of reliable delivery,” says Powell.

QuickPlate was launched in 2016, and has served thousands of Jamaicans. It was one of the first of its kind locally to introduce features such as live order tracking and online payments.