Chef Colin Hylton was a ‘culinary genius of his time’ 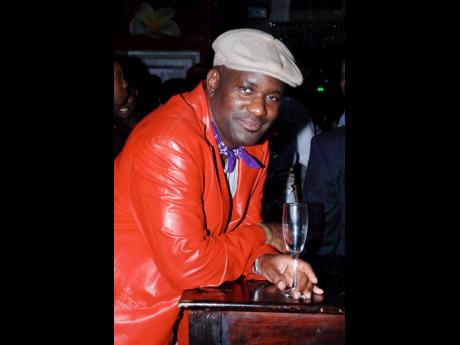 File
Colin Hylton was at his colourful best at the Global Party at Fiction in September, 2011. 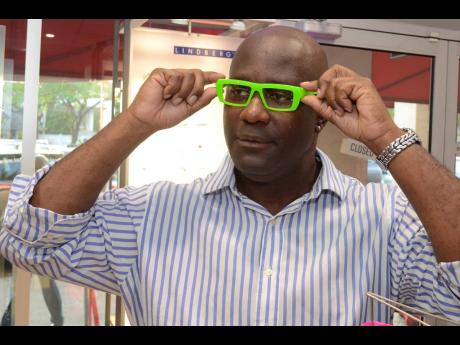 Exquisite, flavourful and decadent. Those are three words that immediately come to mind when you hear the name Colin Hylton, the chef extraordinaire who passed away last week. His friend, Christopher Reckord, confirmed that his death was caused by a heart attack.

Describing Chef Hylton as a culinary genius of his time, the chief executive officer at tTech Limited said that he first met the creative at the dinner table. “One party was involved in culinary and the other, a fan of food, so the friendship formed over the dinner table was effortless,” he told Food. Reckord had developed a keen interest in wine and Hylton was a chef, so that’s how they connected over 20 years ago. Comparing notes about the two areas of expertise, they created a brotherly bond like no other. Holding back his tears, he said, “Colin is very intuitive. He was a self-taught chef and he was the very best.”

The celebrated chef and pastry connoisseur dedicated decades of his life to delighting taste buds both near and far, boasting several accolades of masterful service in the food industry. For this he received international and local mentions and recognition in several top magazines and publications.

While he was a culinary wiz in the savoury department, the real gem was discovered within his speciality in heavenly desserts. Known for incorporating local fruits and produce, his signature pastries captivated palates with each sweet bite.

When he embarked on the gastronomic journey of opening his restaurant, Guilt Trip, it became the home of magnificent flavour. There, he entertained the likes of many food aficionados and newcomers who passed through his doors, creating a truly enchanting experience from start to finish. The phrase ‘Death by Chocolate’ still has many people salivating, as this was one of his mainstays.

Chef Brian Lumley hailed Chef Hylton on Instagram as a culinary Einstein and a selfless genius of the craft. “Your artistry and persona will never be forgotten. You were not everyone’s cup of tea and those of us lucky enough to be accepted in your circle witnessed a true selfless genius of your craft.”

Author and founder of PRO Communications Limited, Jean Lowrie-Chin, took to Twitter to share that Chef Hylton “... brought unforgettable flavours to our world – in his food and in his joie de vivre.”

Chef Noel Cunningham also chimed in, explaining that Chef Hylton showed love to just about everyone. “I came in the business and saw Chef Hylton. He was always encouraging and giving advice, especially to other chefs. He will definitely be missed.”

Chief Executive Officer of Rebel Grrl Media Group, Ingrid Riley, expressed gratitude on the same social media platform to the good chef for his amazing food, “...but more so for being a stellar example of living your truth, living life out loud and unapologetically. His excellence and edge will be remembered and celebrated, always.”

Actor, writer and playwright, Fabian Thomas, recalled his last encounter with Chef Hylton. “I was in the supermarket last week and a voice boomed, ‘Fabian, long time no see. How have you been?” I scanned the masked in the direction of the greeting and immediately recognised your eyes beneath a trademark hat. We talked across space, you waved, your eyes smiled and you said ‘Take care!’,” he revealed. He progressed by saying, “Now I hear that you have shrugged off your mortal coil and walked out of your earthly kitchen. Walk good goodie, boundary-brukka, maverick, outlier, trendsetter. Love and hugs.”