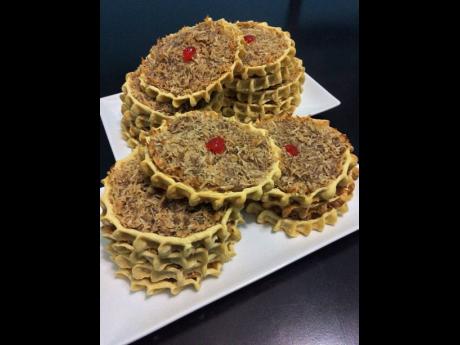 Contributed
Cakes for Fari features a number of desserts including the popular favourite gizzadas. 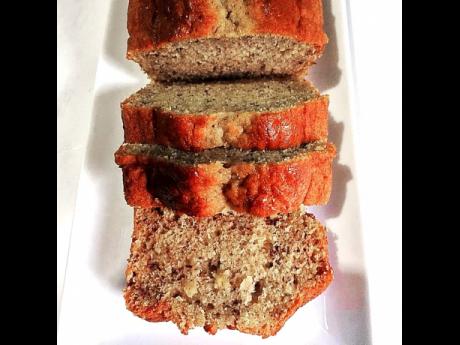 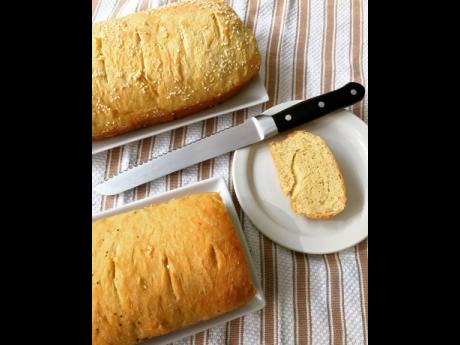 Contributed
Tafari Burns isn’t afraid to put his skills to good use, even baking his own pumpkin bread.
1
2
3

Baking requires striking the ideal balance between ingredients and measurements. Fail at any of those steps, and it becomes a recipe for disaster. But master that sweet art, and your taste buds will thank you. Tafari Burns had made it his mission to keep local traditions alive by enticing, exciting, and delighting palates with decadent cakes and other desserts.

Before he ever laid eyes on an oven or a pot, Burns was first and foremost a ‘foodie’. While he was passionate about food in general from an early age, his earliest and most distinct memory as a child is learning to bake. “One of my neighbours, Miss G, used to sell sweet potato pudding on Fridays and fruit cakes per slice and per pound during the Christmas holidays. I used to purchase [cakes] from her per slice. I couldn’t get enough, and my grandmother couldn’t give me enough money to satisfy my hunger,” he shared with Food. The dessert lover decided to take matters into his own hands and began questioning her about her methods. How did she make the mouth-watering pudding and cakes? Miss G, as he affectionately calls her, told him all the ingredients. But his attempts failed miserably because he didn’t know how to cut and fold or the right proportions. That’s when she took him under her wing, offering wisdom that many could only dream of.

With practice, it got better and better. And pretty soon, he was baking Christmas cakes and offering them to his family and friends as gifts. He was even able to find ingenious ways of creating signature spin-offs of classic pastries. He has since enjoyed making ice cream from scratch, baking cupcakes, muffins, and cakes, and he has loved creating vegetarian and vegan dishes. “I have a strong passion for gastronomy overall,” he added.

One day, while at work, a co-worker offered to sell him a few cakes for the Christmas season. Burns, a baker in his own right, politely declined, noting that he didn’t purchase the delight because he baked his own. His co-worker laughed at his reveal, judging him solely by his exterior, without any knowledge of hidden talent. So he took it upon himself to prove her wrong, to show her, and himself that he could whip up batches and sell them. In 2015, he shared over Facebook that he would be selling Christmas cakes and that they could be purchased in the parking lot. He received an overwhelming amount of support. He was already posting pictures of his dishes, and desserts, so selling cakes didn’t surprise his fan base.

Balancing this club with his nine to five job, Burns dedicates the weekend to his pastry operations and posts the cake of the week on Mondays via social media. Those who are interested may then place their orders before or by Thursdays. The treats are baked on Friday, and the pastries are available for pick-up at three locations on Saturday. Cakes are also sent islandwide and overseas.

The reception to Cakes by Fari has been encouraging and uplifting. That makes baking in the wee hours of the morning for Burns all worth it. He is grateful for the loyal customers, and he is happy to exceed their expectations and serve them better.