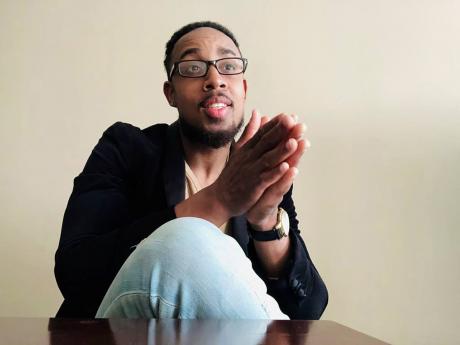 Jamaicans in the diaspora daydreaming of home-made snacks now have more options, thanks to Ainsley Deer, founder of Taste Jamaica.

“Taste Jamaica is a Canadian business that delivers the excellent taste of authentic Jamaican treats to a customer’s household anywhere in North America,” the Kingston-born Deer told Food of the Canada-based delivery and distribution company.

He said the business idea for Taste Jamaica materialised after he took the time to try new things after college.

Deer, who attended Florida International University on a football scholarship in 2005, majored in business management and minored in marketing and tourism, and wanted to carry on the torch of entrepreneurship that burns in his family.

Playing semi-professional soccer took him from Florida to Toronto, Canada, in 2009.

Not knowing what that was at the time, he decided to juggle different types of jobs, “I didn’t even know how to do flooring, but I tried that.”

“That’s when I had stumbled upon a colleague of mine that was telling me about deliveries and pharmaceuticals,” he shared, noting that moment as the start of his Taste Jamaica journey.

He decided to give the industry a try and later stepped out into launching his own delivery and logistics company after being robbed by his former boss.

“It was a blessing in disguise. That really was a turning point,” he believes.

After just four months working in the field, Deer felt empowered to launch out on his own because he had already realised the great need for these services.

“Jamaica is replete with household name manufacturers that are eager to showcase their much-touted products to the North American and European markets. Taste Jamaica aims to bridge this gap so that customers are able to re-enact or experience the sensation of eating quality treats on a beach or just casually vybing on their patio,” shared the St George’s College old boy.

They have partnered with Honey Bun Limited, Mother’s Jamaica, and Devon House Bakery so far to import their signature products to Canada, but promise to expand their inventory on their online marketplace, www.tasteja.ca.