How she rolls: Ashley Thompson gets deep in dough with fresh cinnamon treats 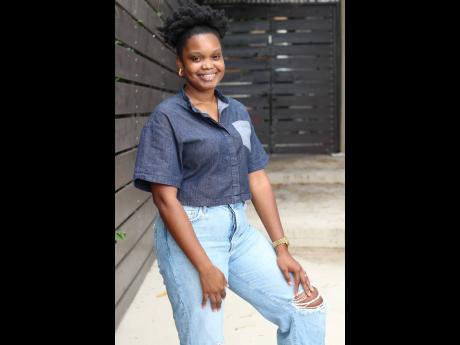 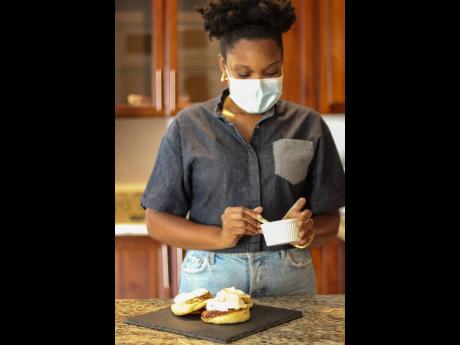 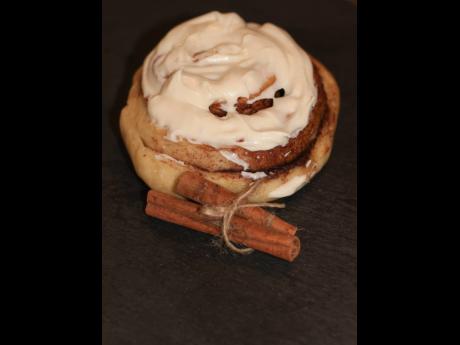 Stephanie Lyew
Cinnamon has been proven to relieve digestive discomfort. What tastier way to have it than wrapped in dough? 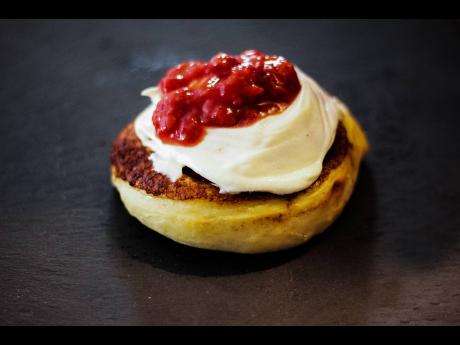 Stephanie Lyew
A pop of red strawberries or a fusion of berries for a compote topping makes a delicious dessert. 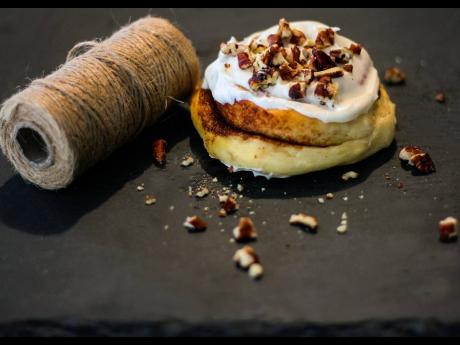 Stephanie Lyew
Walnuts add a woodsy taste yet the needed crunchy rhythm to a cinnamon roll. 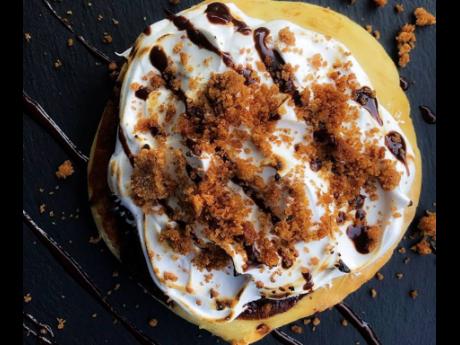 Stephanie Lyew
This soft cinnamon roll, topped with a home-made marshmallow fluff swirled with milk chocolate, dark cocoa cinnamon-spiced Graham cracker filling, is a treat both young and old with a sweet tooth can enjoy. 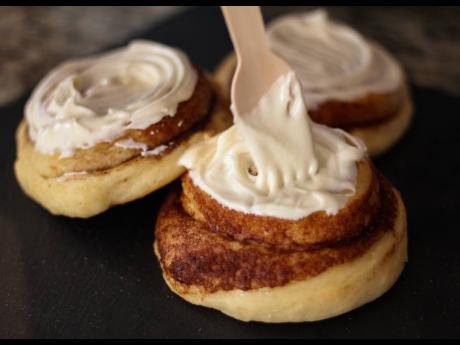 Stephanie Lyew
Rolls Jamaica offers a serving of their signature cream cheese frosting with each order. 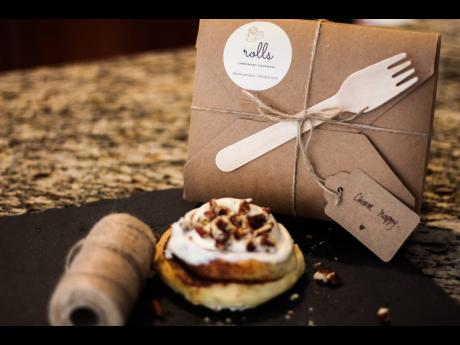 Stephanie Lyew
Packaged neatly and with a simple message, this is how Rolls Jamaica rolls. 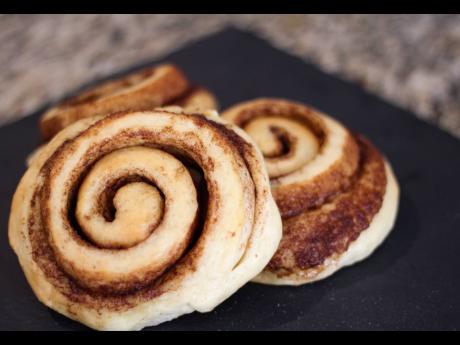 Cinnamon rolls are a baked indulgence that can be easily transformed from a simple rolled dough into a fancy dessert, and Rolls Jamaica is showing how it’s done.

The brainchild of a cinnamon rolls-lover, the freshly established company takes the old-fashioned treat and marries it with a number of flavours.

“The Christmas season of 2018 is what got me into the habit of baking. The first pastry I made from scratch was apple pie, another one of my favourites. It rolled over into cakes and sweet treats like brownies, and of course cinnamon rolls,” 26-year-old Ashley Thompson told Food.

The civil engineering student added, “I wouldn’t be baking so often if we weren’t forced to stay at home, but it was a way to relax. When it got safe enough, I used the opportunity to make care packages with the rolls to lift the moods of family and friends,” said Thompson. The reaction was better than she expected.

Cinnabon-obsessed, Thompson said she aimed to create a similar warm experience with her baked cinnamon treats. “I really wanted to do something similar, and when persons started telling me to continue or try expanding it into a business, I accepted it as them being nice, but then strangers got a taste and expressed their love for the rolls,” she said. “Before I never thought I’d be an entrepreneur and was satisfied with achieving the primary goal of being a civil engineer – which I am still doing, but now, I can see myself doing this as something on the side.”

Few things are as pleasing as biting into the warm, moist and fresh cinnamon roll, and the smell and flavour of Rolls Jamaica’s cream cheese with added toppings like roasted walnuts, pecans and strawberry compote gets the taste buds rolling.

Since embarking on her entrepreneurial endeavour, this self-taught pastry chef has been rolling deep into her creative side. Thompson brings signature engineering skills and a happy, homey spirit to her dough-rolling craft. Everything she makes is an expression of modern craft – so expect the unexpected – like her twist on S’mores, a camp-fire favourite.

“It’s decadent, great and cinnamony goodness,” she said of the S’mores cinnamon rolls, a classic treat that’s globally known for its cinnamon taste blended with Graham crackers, chocolate and marshmallows. “There’s more to come as I continue to experiment with French-inspired baked goodies and the like.”

Other creative flavour blends added of late are the Apple Pie and Maple Bacon cinnamon rolls.

Once her university studies are complete, the student and self-made entrepreneur will pass the baking baton to her younger sister so that the brand rolls on. But she’ll still have a hand in the pot.

“I really love baking these treats, and depending on how my products are received, the plan is to take the business as far as I can go – thinking big – multiple locations growing beyond 10-20 years. I don’t plan to give up being a civil engineer, but for now, I am delighted with the direction Rolls Jamaica is headed,” Thompson said.