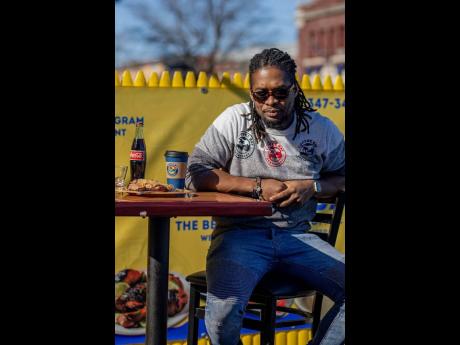 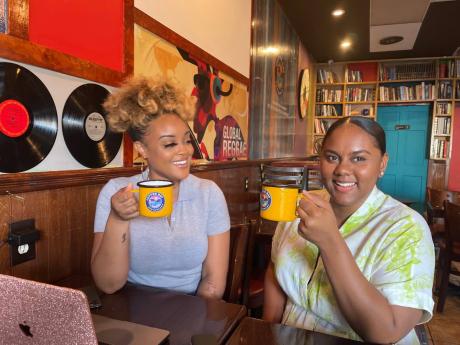 Coffee Bay Restaurant, located in Bronx, New York, is giving Jamaicans in the diaspora a touch of home and a chance to feel proud, which is precisely what owner Jerry McDonald, a former high school teacher-turned-entrepreneur, envisioned when he opened the Bronx eatery last year.

Hailing from the parish of Manchester, a historic town high in the hills of west-central Jamaica, the St Elizabeth Technical High alum who migrated to the US in 2006 told The Gleaner that he grew up very privileged, with his parents living abroad and household having nannies, gardeners and cooks. However, something stuck with him growing up, and that was Jamaica’s culinary delights, including its famous brew – Blue Mountain Coffee. His Coffee Bay Restaurant is the culmination of all his cultured experiences. “The concept, the décor takes you right back to Negril, Ochi, or Kingston,”he gushed.

This hidden ‘yaad spot’ gives diners in the diaspora a piece of the island and a lot more. “It is showcasing all that I have gathered and understood of my heritage,” he stated. McDonald said growing up, he was always exposed to the best local fare, but working for a restaurant in New York was the impetus to continue working in the food industry. “I grew up in a household that cooked the best food in Jamaica. In fact, my grandmother had a baker’s shop … but none of that gave me the push to join the food industry, like working as a business development manager for a local restaurant in New York. After that experience, I decided the food industry was for me,” he shared with The Gleaner.

That ‘aha’ moment inspired McDonald enough to go after his dream, which was realised when he purchased a struggling restaurant that was up for sale in the Bronx. On December 1, 2020, Coffee Bay Restaurant, located at 3431 Eastchester Road in the Bronx, opened its doors. “Coffee Bay Restaurant was launched to provide high-end coffee and food to our community in the Bronx. There was a gap that needed to be filled, and we stepped in, and I am proud to report we are getting great results, offering customers espresso drinks and food in the same spot,” he shared.

Cognisant of the respect that Jamaica’s Blue Mountain coffee commands globally, he is eager to start offering this signature brand at his establishment. He has already made contact with the company in Jamaica but has yet to get his first shipment, slowed by the COVID-19 pandemic and the challenges that come with it. He is, however, confident that all the kinks will be ironed out quickly. “We are eager to stock up on Blue Mountain coffee. But in the meantime, we offer some of the best coffee you can find in America, including a famous Ethiopian roast, [which] is utilised in our hugely successful coffee salmon and coffee lemonade drink,” he informed.

McDonald, who is also the co-founder of the popular Blue and Bougie party series in New York, says he aims to make the Coffee Bay Restaurant brand well known and recognised throughout the Caribbean and the world. “That is my only intention … otherwise, I wouldn’t be fulfilling the ultimate goal,” he said.