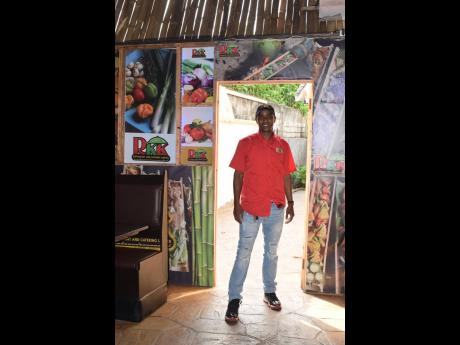 Shereita Grizzle
Chef Roland Henry officially turned the keys in the doors of his own eatery in Maverley, RKK Restaurant and Catering. 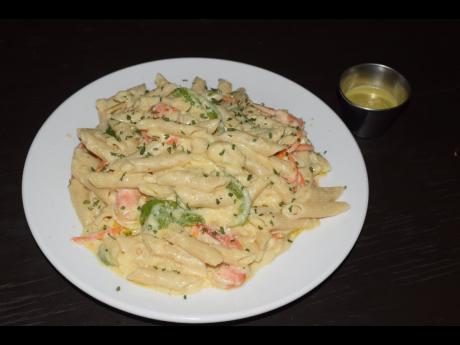 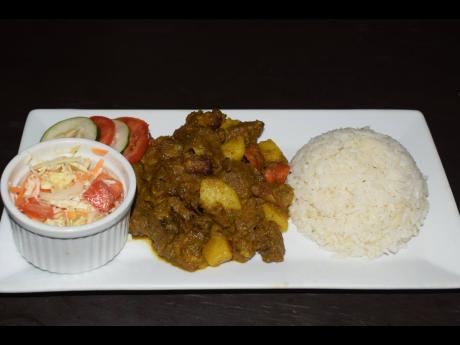 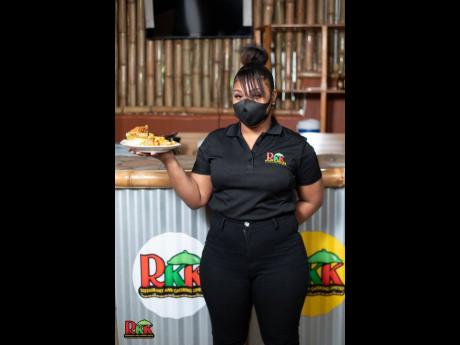 Contributed
Another meal, plated and ready, is served by Abigail Stewart. 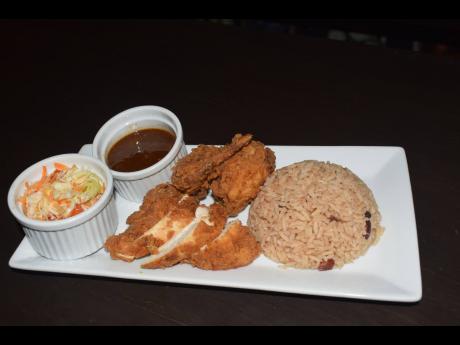 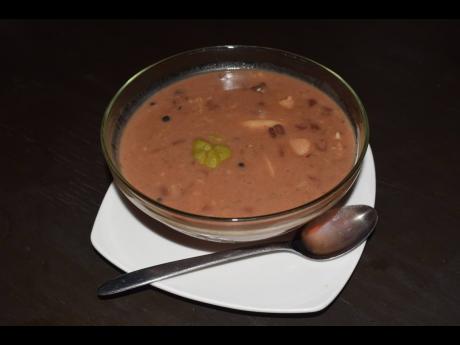 For 48-year-old culinary arts specialist, Roland Henry, a thriving love affair with food began by chance at the age of 14. Henry told Food that while living in the United States in the ‘80s, he took a job as a dishwasher at a local restaurant in Maryland and was completely swept up in the eatery’s operations. Engulfed by the restaurant lifestyle, he said he used to sneak into the kitchen to watch the chefs at work and would pick up on different skills through mere observation. “I was introduced to that atmosphere of seeing food being created, and I fell in love. It was just something that I took to,” Henry said.

A moment of fate would challenge the young dishwasher to put the skills he acquired in secret to the test. There and then, Roland Henry, the chef, was born. “I didn’t expect to start cooking, but the opportunity presented itself, and I grabbed it. It was almost like I was destined for it. One and two time, I used to sneak in the kitchen and learn to do a few dishes. Six months after I started working there, somebody didn’t show up for work. They said they needed help. I said I could do it. Nobody believed me, but they said let’s see, and that’s where my journey in the kitchen started,” he shared.

With that single shot that he was given, Henry proved his worth and was offered a position in the kitchen and a raise. By this time, his passion for the culinary arts grew to immeasurable levels, and when he landed his next job at Benny Deans, he worked his way up the chain of command and was offered the position as the eatery’s line supervisor. Still, Henry wanted more. Unfortunately, with no formal training, a managerial position at the establishment would elude him. But that only fuelled Henry’s drive even more. He said when he was informed he needed formal training to continue moving up the ranks, he enrolled in Stratford University School of Culinary Arts in Virginia. It was there that he earned his official qualifications. “I spent about 13 years on and off in school, and I maintained a high GPA throughout my whole studies. In the culinary arts, [if] you get degrees by the amount of experience you have. I would be classified as a master chef now based on my experience,” he revealed. They say self-praise is no recommendation, but with Henry’s impressive resume, he has earned the right to gloat about his accomplishments. Henry, who returned to Jamaica in 1994, has worked as the head chef at some of the island’s top restaurants, including the Liguanea Club, Usain Bolt’s Tracks and Records, The Hard Rock Cafe, Zack’s Smoke Shack and Fromage Brasserie.

But while he enjoyed working at these popular eateries, Henry told Food that it’s been his life’s desire to one day open his own restaurant. That dream was realised last month as he officially turned the keys in the doors of his own eatery in Maverley, RKK Restaurant and Catering. A product of the inner- city community, the experienced chef said having witnessed the eclectic atmosphere restaurants bring to a specific location, he wanted to bring that energy to his home town. He said while the status quo for the community as far as the foodie culture is concerned is usually limited to a corner cookshop or the regular pan chicken man, he wanted more for his community.

“I always asked myself the question, why can’t we have what everyone else is having in the inner-city communities? Is it because society and certain minds have said that this is the standard (cookshops etc.)? Well, I know that is not the standard. I don’t shun anyone, nor do I think certain experiences will not be enjoyed and received by people from a certain demographic. I am proud of where I come from, and I know people here (Maverley) want to enjoy good things too,” he shared.

With a low price point and a diverse menu, he is intent on sharing the “restaurant experience”. “People from the community come here (RKK) and say they never had pasta before, and that makes me feel good because there’s a first for everything, and I am still cheaper than most places out there,” he said. “You can have the restaurant experience right here in your community. You don’t even have to come and have lobster or anything like that. You can still come and have your fry chicken or burger and enjoy yourself in a space that’s warm and welcoming.”

Henry says this idea has translated well with the residents in Maverley, who he revealed have thrown their 100 per cent support behind the restaurant. “The support from the community so far has been tremendous, and I haven’t done any marketing at all, zero. It’s just been word of mouth, and the company is sustaining itself. People love it,” he said. “I tell them I am just the manager, but the place is theirs. If unu have unu girlfriends and unu wah bring her out, this is the place. I have had people come and check out the space and say they have to come back on a date. That is what I wanted, for the people in the community to know they deserve experiences just as much as anyone else, and they don’t have to leave the area or break the bank to get it.” Henry is now looking to add entertainment to RKK’s services. Starting this weekend, he is hoping to have the restaurant become an after-work chill spot, with all COVID-19 guidelines observed. “We’re going to have an after-work jam starting Friday from 5-8 p.m. with a deejay and all. We a go build the community vibes,” he said.

In addition to the restaurant, RKK also does catering. Henry says so far, that section of the business is also doing well. He says to extend his catering services, there isn’t a minimum person threshold; all persons have to do is reach out, state their desires, and he and his team will make it happen. Henry, now a budding entrepreneur, has five full-time staff members on his team. He says he is also completely excited at the idea of being able to offer employment. He is looking forward to the day RKK is a chain of restaurants across the island, an establishment that can open doors and provide opportunities for other persons in the labour force. “My main focus right now is not making a $100 million profit; it’s about consistency because if I drop the standard for RKK, that’s where I lose. This is the first of three locations that will start initially. I have investors coming in short order. I will stay as true to the process as I can, and I want to give thanks to all the persons who have helped me along this journey. My mother has been a godsend, my neighbours, everyone who worked on the restaurant building, my team. It’s only up from here,” said Henry.