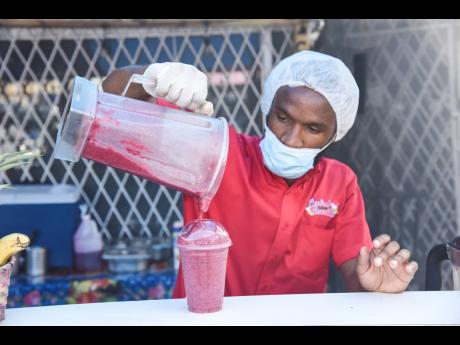 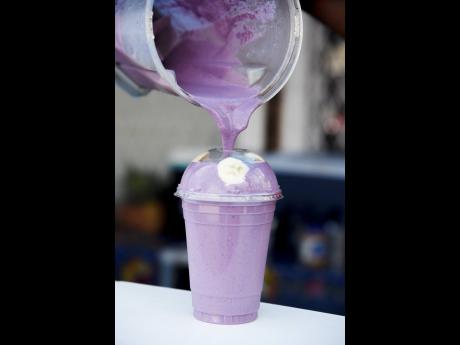 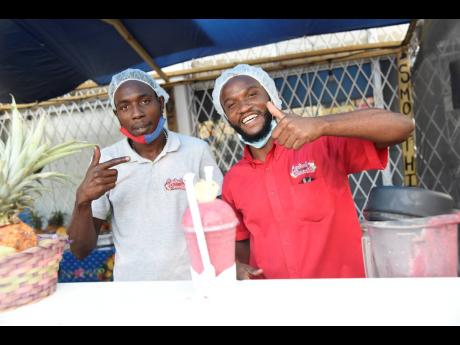 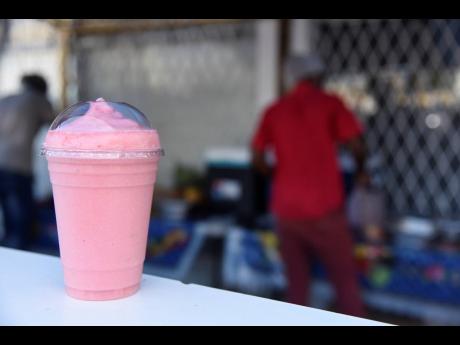 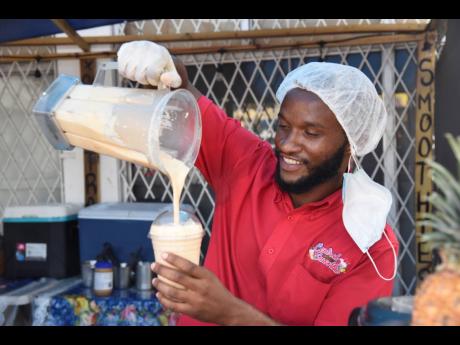 Nicholas Nunes/Photographer
Lenard Christie plans to expand his dream worldwide, one smoothie at a time. 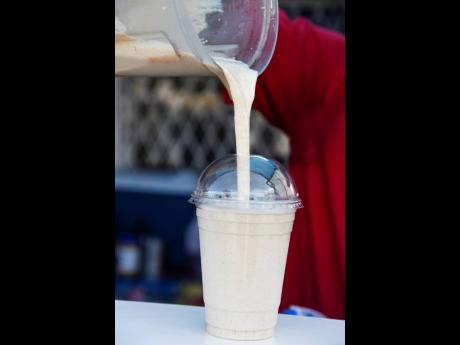 Hidden gastronomic gems are just waiting to be discovered once you rove the streets of this beautiful island. In fact, we found one in the parking lot of Premier Plaza — Central Smoothie — home to one of the tastiest shakes in Kingston.

As we approached, people were seen perusing the menu board on their side of the counter. With names like Blueberry Punch and Granola Punch, packed with almond milk, granola, peanuts, and a wide variety of fresh fruits, it’s hard to choose just one.

‘Berry’ happy fruit smoothies like Tropical, Fruit Punch and Man-go-Pine Blend appeared to be in high demand among the customers. And standing out in the line-up was a sweet dedication to vegetable lovers. The detox smoothies and blends include The Energiser, Island Vybz, Slim Trim and Heaven Bless, all fruit inclusive.

At the top of the queue, your desired mix is blended and delivered to savour, not just for the taste buds; it’s rich in nutritional value, too. Tradition says eat your fruits and vegetables, but if time is an issue, why not drink it?

‘Smoodie’ has always been a welcoming moniker for the owner, Lenard Christie. He developed the nickname after withholding his name from others and letting his smoothies do all the talking. He aimed to create a business that entertained both of his loves: one for food and the other for people. “I’ve been making smoothies since 2016. I love vegetables; it’s just natural. And I like to see people. This is a gift from God, and that is why I’m so passionate about my business.” he told Food.

As a man, working since adolescence, it is ingrained to be up at daybreak. Smoothie-making hours are from 10 a.m. and go up until 7:30 p.m. - 8 p.m. Experiencing a blended fusion of success and struggles, he remains appreciative of this roller-coaster journey.

Smoodie explained that his greatest obstacle to date is weathering the COVID-19 pandemic. Opening on the roof at Central Plaza with a little tent, he had a good run with regular and new customers, who would come for the drinks, but stay for the vibe with seating provided. But when the pandemic surfaced last year, many stayed indoors, and he wasn’t pulling in the audience or sales.

Being unable to keep up with payments didn’t deter Christie from doing what he loves. He relocated to Premier Plaza in November of last year and is grateful for the positive energy and support thus far. “It gets hectic sometimes when you have people to cater to in front of you and others on the phone requesting delivery. But we don’t complain; we just do the work. Once the goods are here, we’re good,” he said.

He listed the Power Punch, the Ali Berry, Crush Tropical Blend, and the Energiser with the fruits and vegetables as crowd favourites. “People love the fruits and vegetable mix because it gives them a different feeling; you feel enlightened. They could have the flu; once they drink that, they’re good. Not everybody can digest fruits, but when they drink it, it’s a different setting,” he revealed.

He has even branched out into Central Wraps of the tuna, chicken, fish and ‘veggie’ variety. Additionally, he, along with his team, offers sandwiches and cooked meals.

As for the future, Smoodie hopes to bottle his smoothies and put them on shelves in supermarkets to be readily available for customers. He, ultimately, would like to expand locally and internationally and make Central a household name.

So why should people go to Central Smoothies? “Because we full ah vibes! And make the best smoothies in Kingston,” Christie responded.