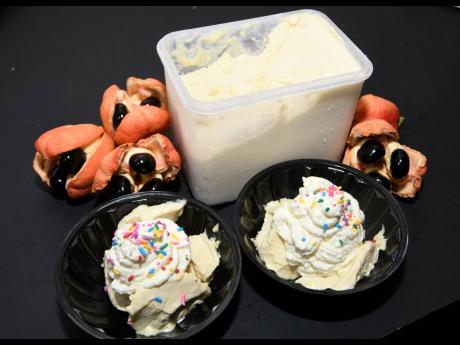 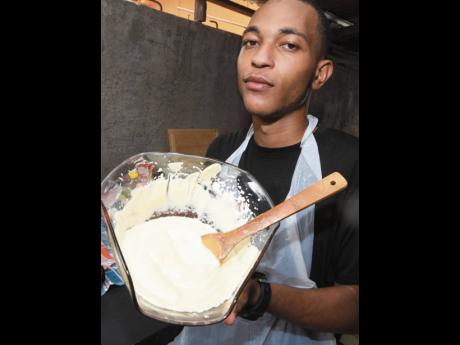 Rudolph Brown
This is the final look of the ackee ice cream mix before it is placed into an air-tight container. He strongly recommends that you freeze it overnight. 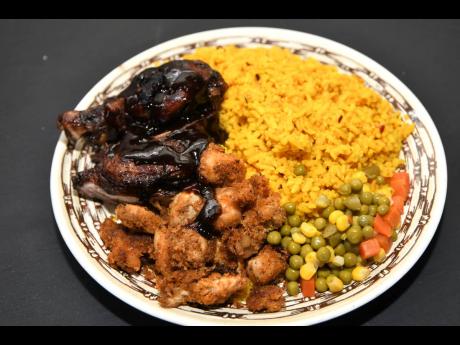 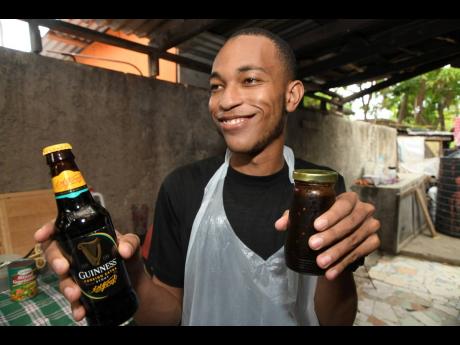 Rudolph Brown
The good chef smiles for the camera while he shares more about his Guinness hot sauce. 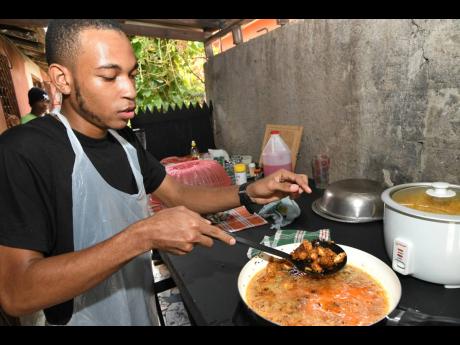 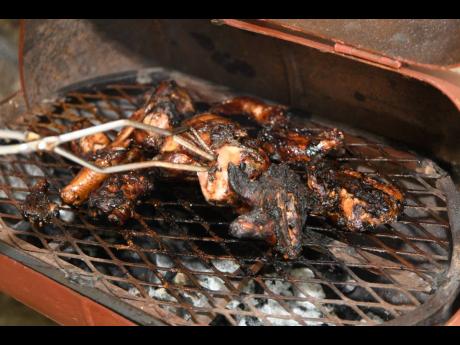 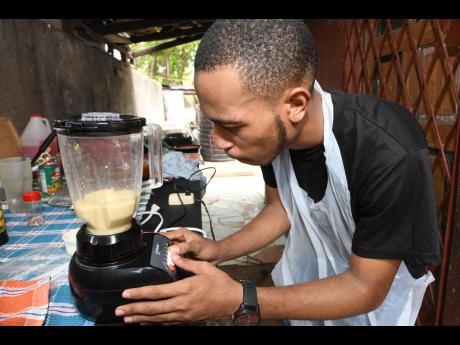 Rudolph Brown
Checking for the consistency in the mix, the chef blends the boiled ackee with condensed milk and vanilla until smooth. 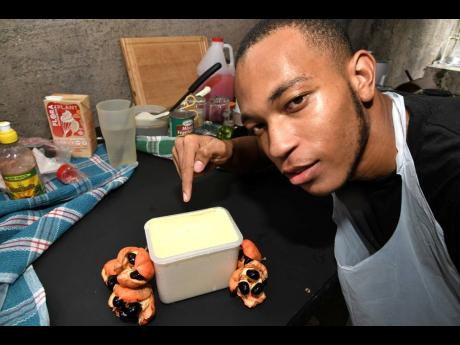 Chef Rameish Desouza, the confectioner behind this unique treat, told Food that this invention was conceived while he was doing ice cream research on YouTube. “I started realising that all ice creams had two things in common – they used to add the same amount of condensed milk and heavy cream. Any fruit can be the flavour, so why not ackee?” he said during a recent interview at his home in Greater Portmore, St Catherine.

The self-taught chef comes from a long line of culinary practitioners, his parents and sister included. The family, which owns a restaurant, is known for wowing taste buds with a delicious variety of food offerings. Due to the rise of criminal activity in the community, they were left with no choice but to scale down the menu. These days, only breakfast is served.

Though encouraged by his parents and other family members to keep the family tradition, Desouza ventured into musical pursuits before setting sights, or rather, taste on his true calling. He began making dishes for his YouTube channel. But it wasn’t until 2019 that he decided to follow his true calling.

After doing a consumer poll between star fruit and ackee, fans were hesitant about the national fruit and chose the former. But the star fruit, fused with cookies, became a trial and error. So, he decided to make the necessary measuring adjustments and try the ackee ice cream, making it his fifth ice cream flavour.

“I would say 70 per cent of the [reviews] on social media is terrible,” he said candidly, noting that many of the reservations people had about this exotic fruit were because it is viewed as dangerous. Some could not wrap their head around the fruit’s flavour in a dessert recipe. But when his family members tried it for the first time, they were amazed! “I love it! And the family loved it, too,” he said, which was more than evident when people gathered, asking for their share.

Reluctance initially seeped in when the good chef asked me to taste the ackee ice cream. But as a lover of ice cream and a fan of the fruit, I decided to give it a try. I have two words for you: pleasantly surprised! Creamy in texture, the ice cream was the perfect blend of ackee and sweetness, each playing its part in delivering an explosive flavour without doing so in an overpowering manner.

Desouza also prepared his take on popcorn chicken and jerked chicken, served with his signature Guinness hot sauce, to go with his timely dessert. His Guinness hot sauce delivered a rich balance and distinct flavour without presenting a bitter after-taste.

As Jamaica celebrates ‘Emancipendence’, he shared his ackee ice cream recipe below.

1. Pick one dozen open ackee pods. Remove the seeds and clean the inside of the ackee.

2. Rinse and add to boiling water. Boil for 6 to 8 minutes, depending on the type of ackee used. You don’t want it to be too soft.

3. Let it cool and then add it to the blender, along with the condensed milk and vanilla.

4. Blend for 3 to 5 minutes, or until the mixture is smooth and free of ackee lumps.

5. Add heavy cream to a bowl and whisk until the whipped cream is thick. This could take from 2 to 6 minutes, depending on the brand and consistency of the heavy cream.

6. Combine the blended ackee mix with the whisked heavy cream.

7. Place in an airtight container and freeze overnight (or 24 hours for best results).