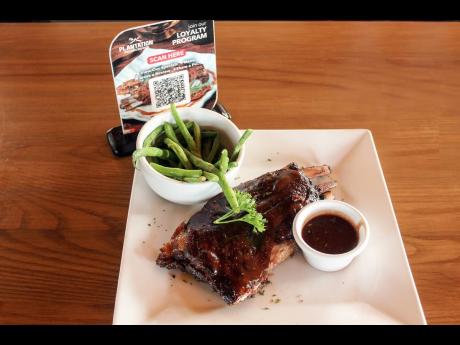 Stephanie Lyew
Plantation Smokehouse invites all pork lovers to pass by, get cosy and put their money where their mouths are with an order or two of its prize-winning ribs glazed with barbecue sauce. 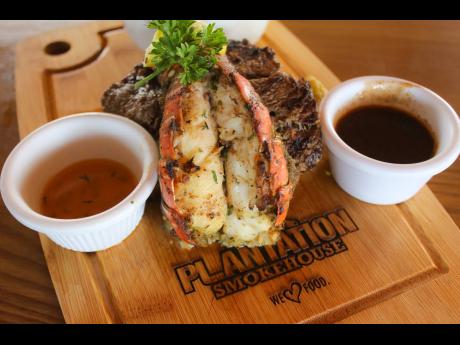 Stephanie Lyew
The Cajun spiced lobster tail is the surf, and the braised fillet mignon the turf of this American-style entrée. 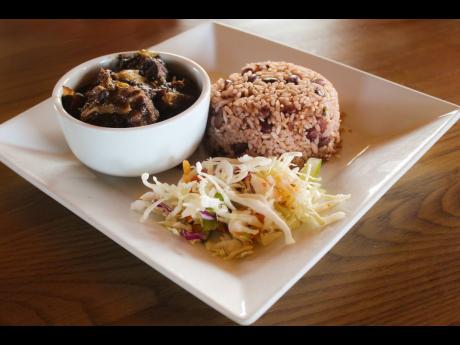 Stephanie Lyew
Not adventurous? This local entrée of oxtail, braised with beans, served with traditional rice and peas will still send your taste buds around the globe and back. 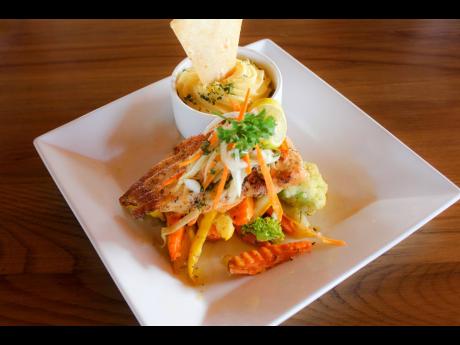 Stephanie Lyew
Salmon grilled and topped with garlic butter sauce is one of the top-five sellers at Plantation Smokehouse. 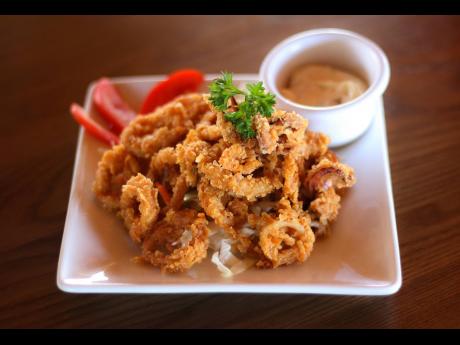 Stephanie Lyew
For patrons who indulge in seafood, a serving of fried calamari, battered to perfection, enhances the sensory quality and is sure to kick-start appetites. 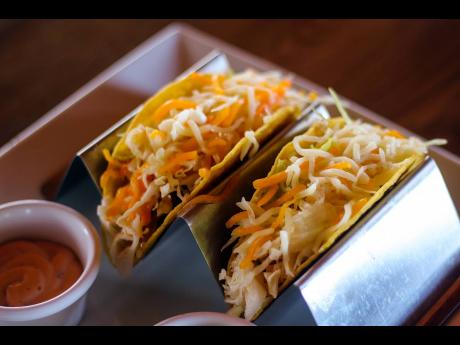 Stephanie Lyew
A tender white fish fillet resting in-between a hard-shell taco, cabbage, onions and a blend of a variety of cheeses, then passed through the oven gives the stomach that warm, satisfied feeling. 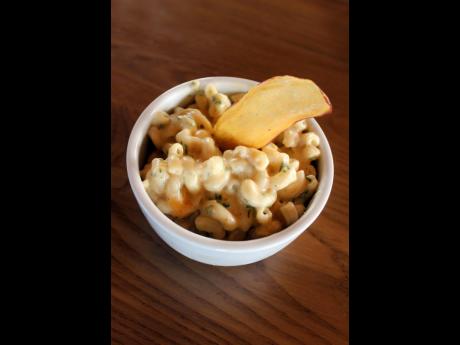 Stephanie Lyew
Macaroni and cheese is a tasty side dish for meat smoked or grilled over an open flame.
1
2
3
4
5
6
7

Part American-style smokehouse, part fine dining restaurant, the expansive Plantation Smokehouse in Richmond, St Ann, shines in all things fusion cuisine. It is also a burgeoning entertainment hub, with the fittings of a stage and disc jockey platform. The surrounding lawns are a play area for various games – a favourite among customers being Jumbo Jenga. Patrons may choose to dine al fresco along the patio, which gives the feeling of a backyard barbecue at home, cosy up to the bar or get a seat under its thatch roofing of the lower- and upper-deck areas and still feel the fresh coastal air as the eatery occupies a prime spot on the highway.

According to its owner Alwyn Brown, the establishment can accommodate more than 1,000 persons comfortably, and although he has had to scale down, he is still looking forward to expanding the outdoor seating area. “This is a restaurant, a lounge and a chill spot for every and anyone; friends, family and business people. It was constructed to reflect Jamaica’s rich culture in food, music and landscape. Even now, people are lying down on the grass outside, enjoying the music and later on, around 4 o’clock, it is a whole new vibe,” he said.

Plantation Smokehouse has welcomed guests from all over the world. Even celebrities like Kanye West visited during his trip in September of last year. The restaurant has earned a reputation internationally, garnering in its first year accolades as a Traveler’s Choice Awards winner for consistently delivering a fantastic experience to a wide market and receiving positive reviews and ratings.

Traditionally, a smokehouse is an outbuilding, separate from the main kitchen or restaurant with a single entrance where meat and fish are smoked or cured with smoke and dry air. While popular in America – particularly is southeastern and western states – smokeshouse in Jamaica are rare to non-existent. But one thing that is incredibly popular is lighting a fire with coal or using an open-flame grill. At Plantation Smokehouse, the barbecue ribs and steaks are top choices, and there’s also a signature smoked shrimp pasta and the smoked lobster tails glazed with garlic butter sauce. “I know people are thinking, with a name like smokehouse, why involve seafood? I assess what people like, add new dishes and break them into something new gradually. Like playing a field sport, you have to go harder than the other team, and there is always a strategy to outsmart them, and that’s where I am ahead,” Brown told The Gleaner.

He added, “The smokehouse concept is not popular in Jamaica, and this is not fully a smokehouse because it’s not what it entails with all the dishes [so] I’m taking my time to expand the menu. Even brisket, we had placed it on the menu as a trial, but it never pop off. It wasn’t a big seller with our customers. We tried pulled pork tacos, that didn’t hit either, but the pulled pork itself has remained on the menu.”

‘Best anyone could have’

The smell of the local entrées on the menu, braised oxtail, island curried goat and jerked chicken and pork are sure to overpower the nostrils, but dare to try the Surf ‘n’ Turf, which is a Cajun-spiced lobster tail that complements the six-ounce tender cut of fillet mignon and the barbecue ribs which the restaurateur guaranteed “is the best anyone could have”, with a familiar taste of meat cooked over pimento wood and leaves – it hit the ball right out the park.

Brown said, “There is no other restaurant in Jamaica that sells ribs like ours … so much so, we cannot get the supply of ribs we need to satisfy the demand of the people.”

The salmon, which some persons will stay away from thinking that it does not absorb seasonings easily, was surprisingly flavourful down to the last bite of the grilled fish. The garden vegetables and garlic butter sauce were an added bonus.

Don’t overlook the appetisers while at Plantation Smokehouse either. The fried calamari, fish tacos, chicken spring rolls and wings – buffalo or lemon pepper – will have you licking your fingers. And guess what, Kingston food enthusiasts, we’re giving you the inside scoop – Plantation Smokehouse is coming to town!