Lala’s Nutmeg: Come with an open mind and heart 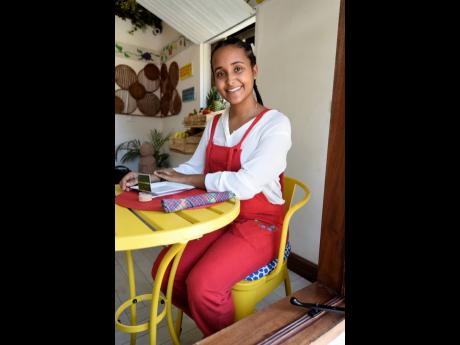 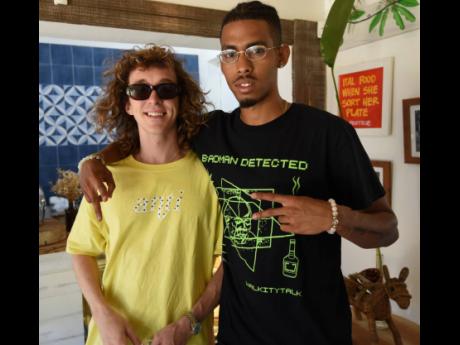 Ian Allen
Artistes Felly (left) and Zac Jone$ were snapped getting their order at LaLa’s Nutmeg. 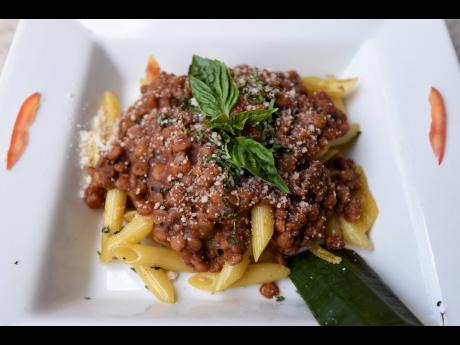 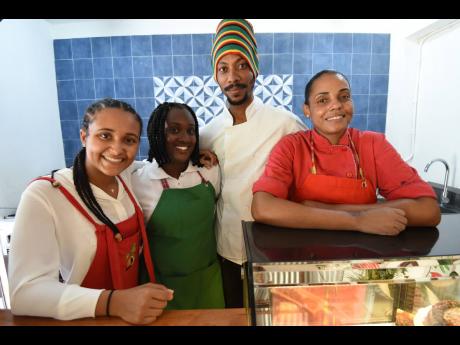 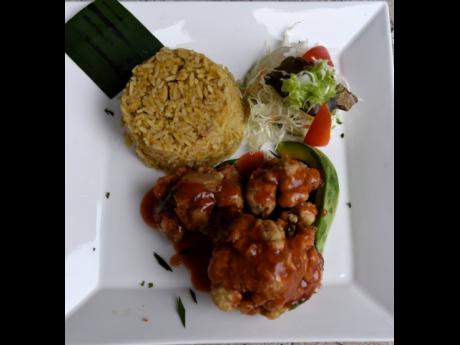 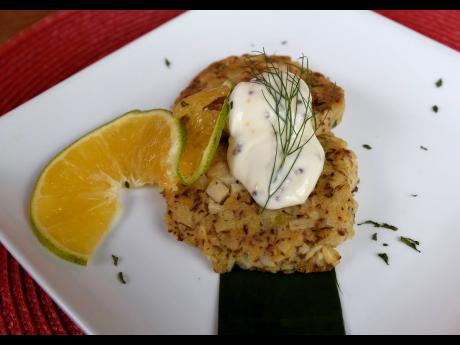 Ian Allen
‘Crabby Cakes’ made with jackfruit and heart of palm served with a Dijon dill mayo. 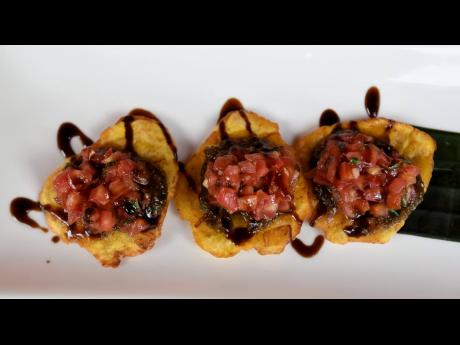 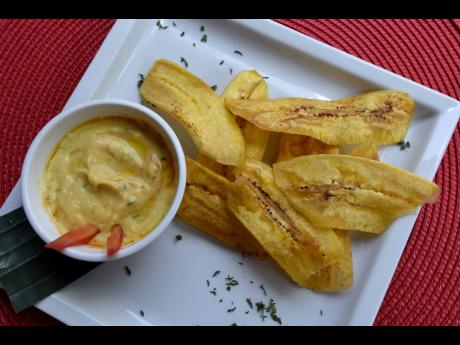 Lala's Nutmeg is Ocho Rios' newest vegan café. Offering a delectable range of plant-based feasts, an open mind, and heart is all that's suggested to immerse yourself in this meatless taste bud tantalising experience.

Owner Lauren Tomlinson has grown up around food and the hospitality industry all her life, so it was no surprise that she followed in her mother Anna-Kaye's (owner of Miss T's Kitchen) footsteps to open the swanky new locale.

The genial Tomlinson is affectionately known as LaLa, and with the addition of the fragrant spice nutmeg, which was inspired by a tree covering cottages at her mother's Miss T's location in Murphy Hill, the name Lala's Nutmeg was born.

Having been vegan for three years and noting that there weren't many plant-based eateries in Ocho Rios, she set out on a mission to fill the gap and introduce more people to vegan cuisine. “I want to show people that it's not boring,” she says. “That vegan food can taste good and offer it here in Ocho Rios to the vegan clientele, and [for] people who aren't vegan, to show them that it can be enjoyable.”

A former student of renowned hospitality school Les Roches in Spain, Tomlinson admits that opening during a pandemic hasn't been easy, but she was resolute that this was her vocation and simply pushed through. “I decided whatever I can do to make it happen, I would, and so said so done. Here we are trying to manoeuvre through it.”

ADDING SPICE TO ALL ENCOUNTERS

With Lockdown crooner Koffee popping in on opening, and other local celebrities and influencers dining and posting signature Lala's Nutmeg dishes on social media, it's fair to say the nutmeg shell has cracked and is adding welcomed spice to all encounters.

Menu items are divided into two categories: Tidbits and Nourishin' Mains. Tidbits include the popular Planchetta, a crispy green plantain with marinated tomatoes and a basil cashew olive spread; the divinely flavourful Ackee Hummus, and the intriguing Crabby Cakes, which are made from jackfruit and heart of palm, served with a Dijon dill mayo. There is also a Blow Wow Burger, “when you taste it, excuse my language, but the first thing you say is 'Blow wow',” says Tomlinson. Esco Tofu, a heartily delightful Lentil Bolognese and new menu item – BBQ fried cauliflower – which tastes just like chicken, but isn't, is part of the Nourishin' Mains.

What's more? The Lala's Nutmeg staff ensures that customer service is paramount, catering to your needs from start to finish.

The vegan industry is growing worldwide, but when asked where one of her most memorable food experiences has been, Tomlinson mentions another popular local vegan experience, Stush In The Bush, eschewing all thoughts of a rivalry based on the commonality of vegan fare. “I don't believe in competition. I believe in people working together, pushing people forward however we can,” says the Gen Z'er, while giving us hope for the future.

With specials on the menu every Saturday, Tomlinson's eyes get big when asked how she sees LaLa's Nutmeg's evolution. As focused as she was about starting her café, she ends our interview by saying, “I would love to turn it into a fine dining experience.”