Omar’s Kitchen – The new hotspot for Jamaican food in NY 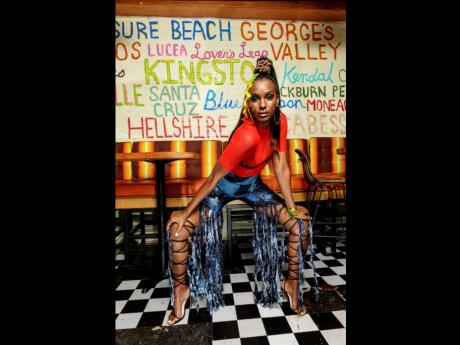 Contributed
With walls painted with the names of parishes and notable attractions in Jamaica, Project Runway alum and designer Sammy B recently shot and released her latest collection, ‘Small but we Tallawah’, at Omar’s Kitchen. 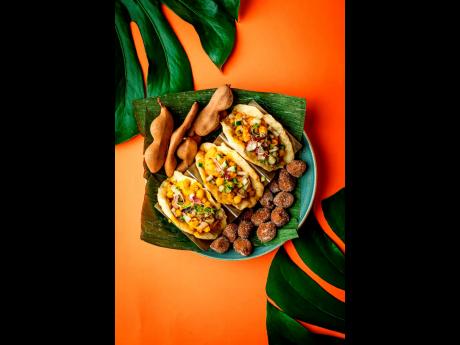 Contributed
While primarily Jamaican fare, Omar’s Kitchen fuses aspects from other cultures into their menu. Here is the shrimp doubles taco. Doubles is a Trinidadian staple, but with the addition of shrimp it gets a Jamaican twist and is eaten like a Mexican taco. 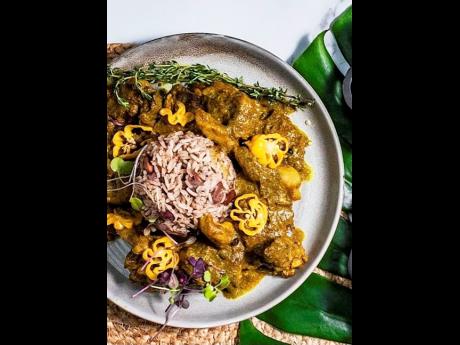 Contributed
The curried oxtail at Omar’s Kitchen is a top seller. 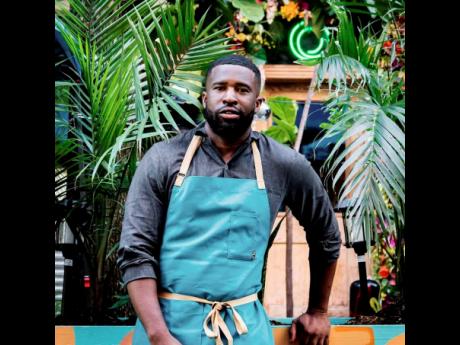 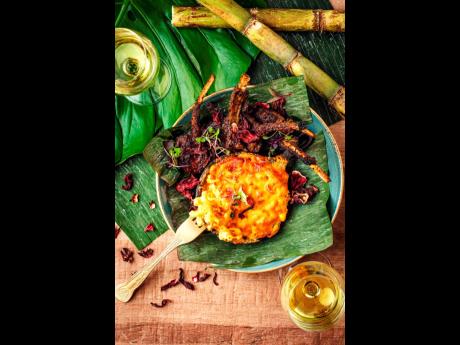 Palates craving Jamaican food in New York have been getting their fix at Omar’s Kitchen.

Opening just before the pandemic hit in January 2020, the eateries buzz of where to get good Jamaican food in New York has been making the rounds, with celebrities like Shenseea, Nick Cannon, Jhene Aiko, Fabolous, Junior Reid, and others popping in to get their Jam Rock-inspired grub on.

Located in the lower east side (LES), owner and chef Omar Walters says of its prime location, “I call it the fun and hip side of Manhattan because something is always going on”.

Walters, who was born in the Bronx but moved to Jamaica as a child and lived in Mandeville for many years before returning stateside, explains that while the food at Omar’s Kitchen is Jamaican, he also fuses aspects from other cultures, taking diners on a culinary journey every time they set foot in the restaurant.

A JAMAICAN TWIST ON DISHES

Top sellers include the plantain gnocchi, a locally motivated take on the renowned Italian pasta dish, coco-bread lamb sliders. The shrimp doubles tacos, which are doubles, a Trinidadian staple, but with the addition of shrimp, it gets a Jamaican twist and is eaten like a Mexican taco. Sorrel glazed lamb. Chicken and waffles with a Red Stripe batter that includes Guinness stout spiced bun or Baileys rum and raisin waffle flavoured options. Then there is the biggest of them all, the curried oxtail – yes curried – oxtail. “When we first put that on the menu, people were like ‘yu can’t do that to oxtail’, but we were like you know what we are going to focus on, the people that are open to try it,” Walters says with a laugh. Trying that new thing paid off for Omar’s Kitchen, as each night, they are almost always sold out of the curried oxtail. Not to be outdone by their solid family members are the cocktails available, which comprise, among other things, an Appleton mule, rum-punch, and everyone’s favourite, the sorrel. “We are always running out of the sorrel – it’s that good,” says Walters, a system and data analyst by profession who has now realised his dream of opening Omar’s Kitchen, the restaurant.

Another allure of the location is the island décor, and with walls painted with the names of parishes and notable attractions in Jamaica, Project Runway alum and designer Sammy B recently shot and released her latest collection ‘Small but we Tallawah’ at the restaurant.

As Omar’s Kitchen becomes more popular, Walters reflects and tells Food the ideal hope is for more restaurants and expanding to other major cities in the United States. He would even like to open a location in Jamaica. Helping other up-and-coming restaurants with consulting is also important to Walters. “I love to help people coming into the business and show them you can do things in different ways. You don’t always have to do it the traditional way. Do it the way you want to do it.”

Find Omar’s Kitchen at 29 A Clinton Street, New York, and on IG at @omarskitchennyc.