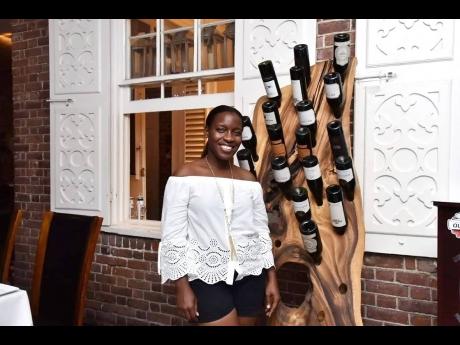 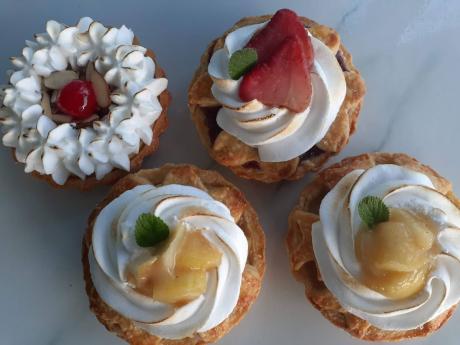 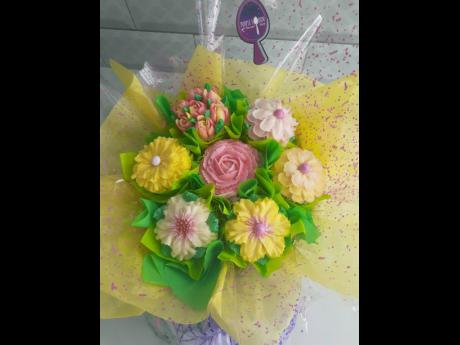 Contributed
The classic cupcake bouquet makes for a great anniversary, birthday or ‘just because’ gift. 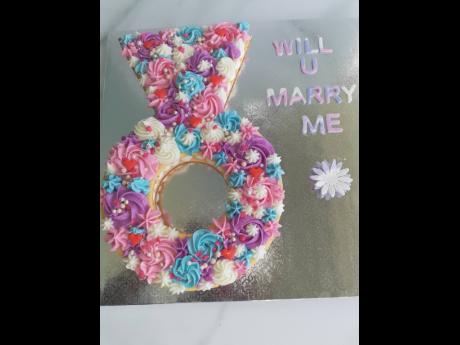 Contributed
Make it a sweet proposal with this cookie cake covered with Swiss meringue buttercream. 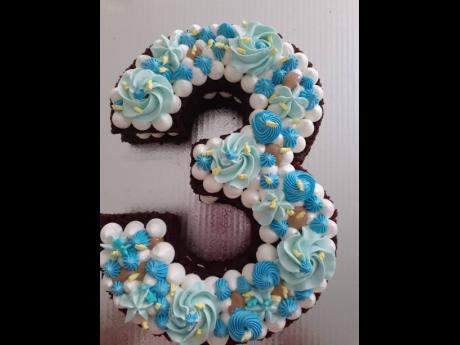 Contributed
Number cakes are available in chocolate or vanilla and come with buttercream and sprinkles. 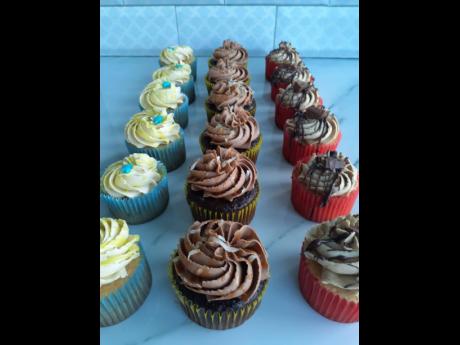 From immaculately placed apple slices atop apple pie cupcakes to delicately drizzled sprinkles on dark chocolate tarts, the keen attention to detail is a clear standout at Purple Spoon Dessert Shop. As owner Alecia English puts it, people eat with their eyes first. But most importantly, “We can’t compromise the looks for the taste, so we’re both looking good and tasting good.”

An air traffic controller by day and baker around the clock, English’s sweet tooth was formed in childhood when she whipped up Christmas cakes, toto, potato pudding and the lot with her mother.

“As I grew older, I started experimenting with different recipes, trying to see what I could do on my own,” English told The Gleaner. “With much encouragement last year, I saw the opportunity where I could do a baking course and did. If COVID has not taught us anything, one thing it has taught us is that we have to have multiple streams of income, so I said, why not monetise this? It would be another avenue for me to earn while doing something I actually enjoy.”

Purple Spoon Dessert Shop – a name inspired by a colour she likes and a utensil symbolising food – was launched in April as a home-based business offering deliveries. Their offerings centre around a variety of pies, including strawberry pie, coconut cream pie and blueberry apple pie; and tarts, including white, dark chocolate and caramel. There are also a number of cakes, cupcake bouquets, cupcakes, and treat boxes. The latter allows customers to choose any flavour cupcake with a tart or pie of their choice.

English’s recipe development wasn’t an overnight process. She released a slight chuckle as she admitted “some were very experimental”, but said that with time, dedication, quality ingredients and feedback, she found her formula.

A WORLD OF DIFFERENCE

“With baking, most items use the basic ingredients of butter, sugar and milk, but what I find that really sets it apart is the method used because as much as sometimes people overlook the very basic stuff like creaming butter and sugar, it actually makes a world of difference in the end result of your product. I also use sour cream in most of my cupcakes, which gives you a lot more moisture without being overbearing in the product itself.”

Her efforts are paying off, with her vanilla and cookie and cream cupcakes being her bestsellers, noting, “I use actual vanilla extract, so maybe that’s what’s causing the draw to that.”

Her speciality in cupcakes suits the global context, as she said, “Sometimes people don’t want a whole cake, especially now in a pandemic where it’s easier to distribute cupcakes, because people are more conscious now and don’t want you blowing on their cake. They’d rather have personalised or individualised items in the form of a cupcake.”

With the holiday season in full swing, she also has fruit cakes, including a personal pan for $1,000.

“It’s a little bit smaller than the usual size of a pound. So that is something people can have as part of their gift packaging for Christmas or something you can buy if you don’t want to commit to a whole pound, ‘cause people are watching their waistline; so there’s something for everybody.”