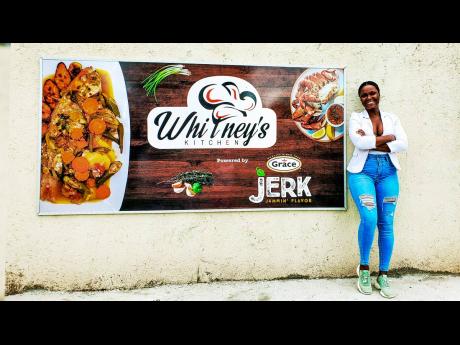 Contributed
Chef Whitney Walcott grew from cooking at home and making sales from a tent to opening her very own restaurant. 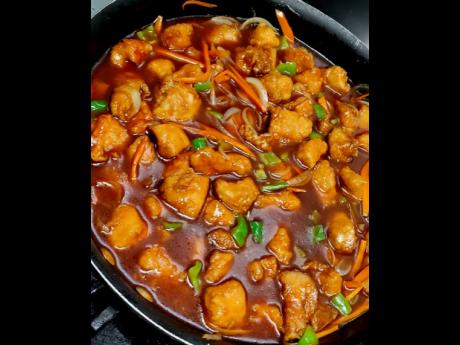 Contributed
The sweet and sour chicken, ready to be shared and savoured. 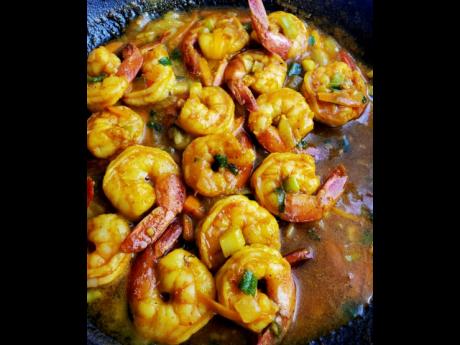 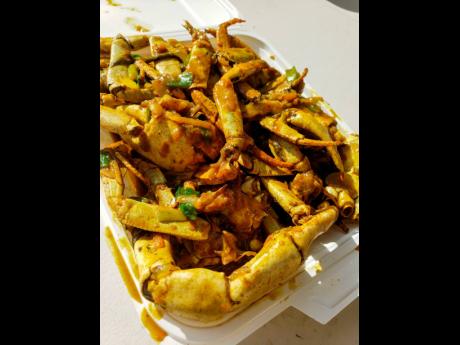 Contributed
The curried land crab has gained popularity for its incredible taste. 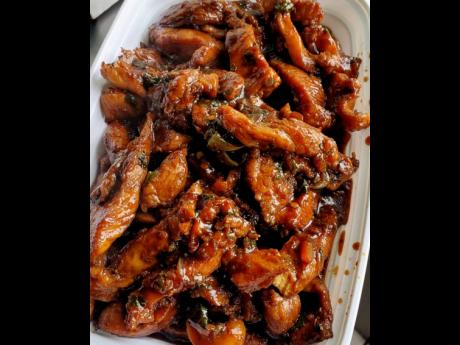 Contributed
Take your taste buds on an oriental journey with this mouth-watering chicken in oyster sauce. 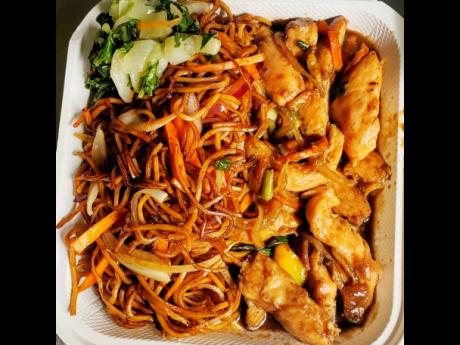 Contributed
Chicken in oyster sauce may be paired with noodles and vegetables. 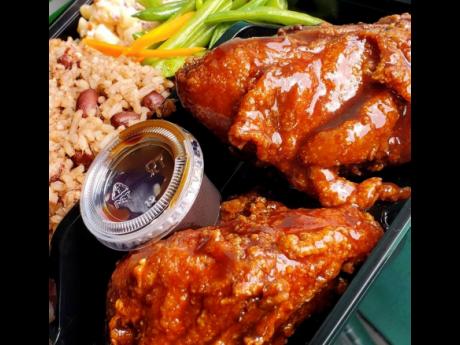 Contributed
Barbi-fried chicken with rice and pece and steamed vegtables is a hit on the Whitney’s Kitchen menu.
1
2
3
4
5
6
7

What began as Whitney Walcott freshly preparing lunch from home and selling from under a tent at the front of her partner’s workplace on weekends to earn extra cash, soon grew into the chef having her own cooking establishment and creating online culinary tutorials via YouTube.

“Cooking or simply just being in the kitchen has never felt like work to me, so now that I do it for a living, I’ve realised that passion is definitely the fuel behind a successful career,” she told Food.

A special love for food became the biggest driving factor in Walcott’s refreshing adventure into the kitchen. She was passionate about spicing up her taste buds, and she was equally excited about creating new recipes that dished out a myriad of flavour profiles.

But her dreams were not always filled with delivering delectable desires. She grew up wanting to become a medical doctor and graduated from The University of the West Indies, Mona campus, with a Bachelor of Science degree in physical therapy.

From there, she went on to work as a bank teller and later became a financial adviser. Even though she excelled in those roles, not one gave her an ounce of satisfaction like taking charge in the kitchen did. So, she began to bring her healing powers of redefining flavour to the table.

Starting out as just a hobby, the budding chef would post pretty pictures of food on Instagram for others to see. After receiving the love there, she went on to create a cooking series on YouTube. Before she even knew it, Walcott was basking in the bliss of her ‘happy place’.

“Seeing my work on camera and also the reactions I got from my followers and subscribers, really made me appreciate even more that this isn’t just a hobby, but a gift from God Himself. Warren Buffet once said, ‘Whatever you like to do, make it a hobby, and whatever the world likes to do, make it a business.’ I love to cook, and the world loves to eat,” she said.

The reception so far has been mind-blowing, according to the entrepreneur. People were falling in love with her food, which brought an unexplainable joy to the taste specialist. In just a few months, she was able to secure a location and taking that leap of faith, she went into the culinary business full time. She hasn’t looked back since.

What has carried her through on the leg of her journey: consistency. “We have consistently been supplying good food since our doors have been opened, so, of course, the support has been consistent in return. People love good, consistent food,” she said.

Stepping out in the taste department, she prides herself on considering every aspect of her business. From her motto to presentation and customer service, Walcott maintains a unique energy of being better today than yesterday.

She has even branched off into meat preparations, with a line of rubs and spices that is guaranteed to take your cooking up a notch. “It has been in the making,” she revealed, adding, “I’ve worked very hard on these seasonings and have finally decided now is the right time to share it with the world.”

From original, original spicy, and a garlic-and-herb blend to lemon-pepper seafood blend and the dry jerk rub, the good chef enjoys using her own products in everyday cooking. The culinary innovator plans to bring a touch of Whitney’s Kitchen to every household with these seasonings. “We are aiming to hit the shelves of the supermarkets soon, so keep an eye out for us,” the food specialist added.

With fiery hopes that she will have another location and branch out into franchising following that success, Whitney’s Kitchen is here to stay. “We are here to make our mark. It will be the first thing you think of when you think about, let’s say, stew peas, curry crab, and even our bombshell barbecued pigtails,” she said.