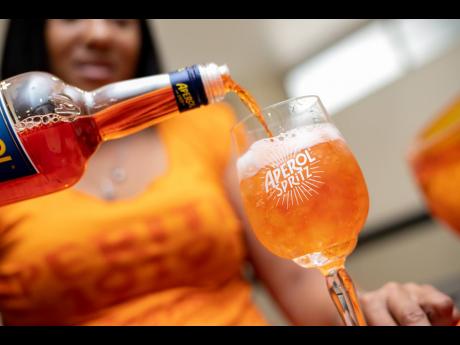 Contributed
Mixologists were on hand to create Aperol Spritzes for guests of The Distiguished Awards. 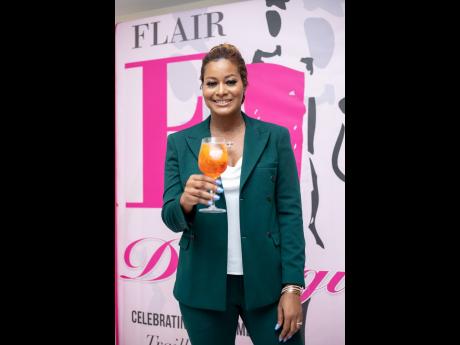 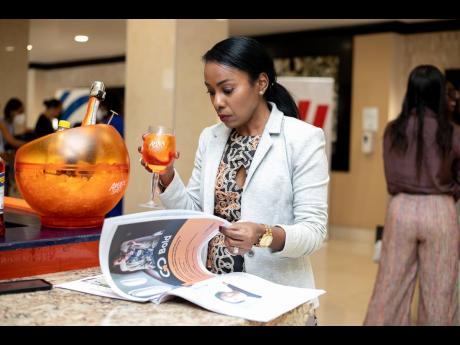 Contributed
There’s nothing like a sip and a read. Simone Badal McCreath, Flair Distinguished awardee for science and technology was snapped reading The Distinguished publication while having a cocktail. 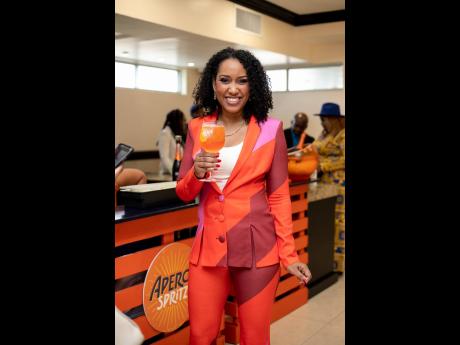 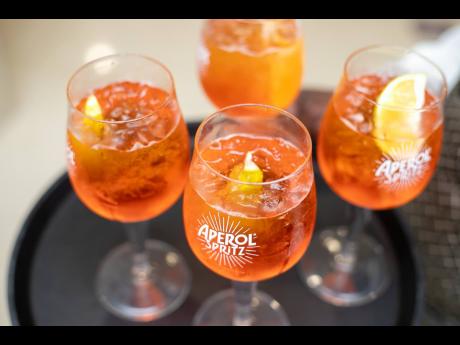 Contributed
The Aperol Spritz, according to Drinks International ranks ninth in the list of the world’s best-selling cocktails. 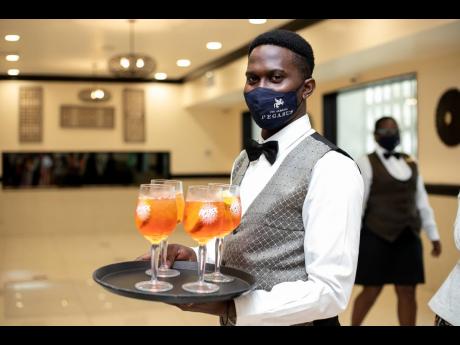 Contributed
Guests of The Distinguished Awards were greeted with Aperol cocktails last Monday at The Jamaica Pegasus Hotel.
1
2
3
4
5
6

Aperol proved to be the perfect aperitif at The Distinguished Awards cocktail mixer last Monday at The Jamaica Pegasus hotel.

Light on alcohol content (11%), but with a rich and complex taste deriving from the infusion of a blend of high-quality herbs and roots, Aperol was created by the Barbieri brothers and launched in 1919 at the Padua International Fair, soon becoming one of the Italians’ favourite liqueurs.

The Aperol Spritz, which according to Drinks International ranks ninth in the list of the world’s best-selling cocktails, has single-handedly created and led the spritz category globally. It has earned its rightful place in the International Bartender Association’s list (IBA) as the key defining ingredient of the Spritz Veneziano.

Aperol Spritz has traditionally been consumed all over Italy’s Veneto region, in Venetian bars called bacari, which epitomise the Venetian way of life and promote the culture of spending time together, enjoying bite-size snacks such as the traditional cicchetti and savouring an aperitif moment. Now known and enjoyed the world over, Aperol Spritz and its shareable, bright orange colour has become a staple in many drink cultures, celebrated over a million times on Instagram using #aperolspritz and frequently heralded by influencers and celebrity advocates the world over.

Making the perfect Aperol Spritz is simple. Here's how:

· Add a dash of soda

· Garnish with an orange slice