O’Briens on the Boulevard delivers an incredible taste of home 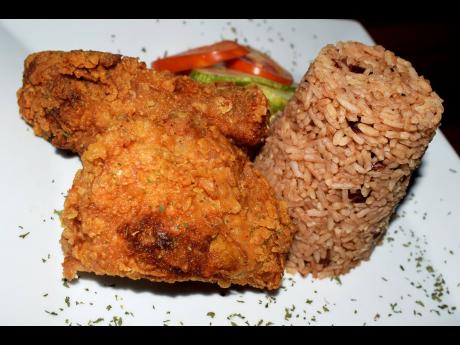 Krysta Anderson
The fried chicken, which struck a beautiful balance between tender and crispy, paired perfectly with rice and peas and vegetables. 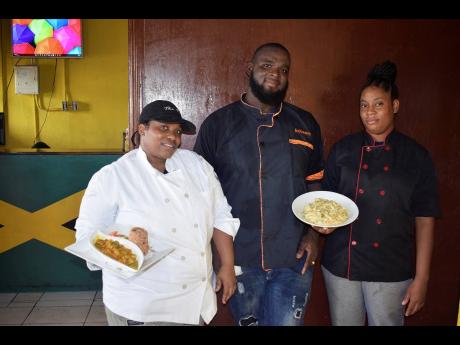 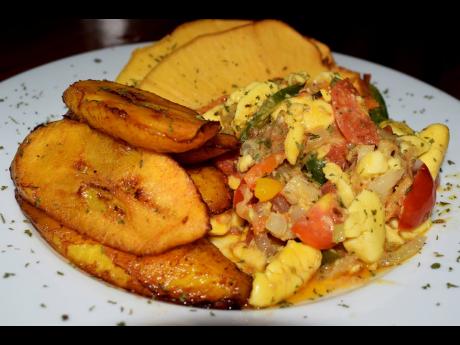 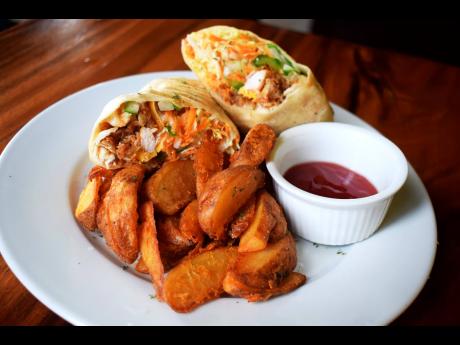 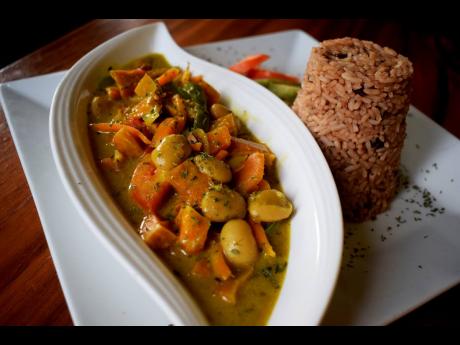 Krysta Anderson
One of the bestsellers on Chef Ferguson’s menu is the curried coconut pumpkin butter beans.
1
2
3
4
5

Who doesn’t love digging right into a great home-cooked meal? Well, O’Briens on the Boulevard delivers on cherishing those treasured moments, giving food lovers a rich rush of authentic flavour with each savoury bite.

The fried chicken struck a beautiful balance between tender and crispy, and you can’t go wrong pairing poultry with rice and peas, topped with curried gravy. “You can also get the rice and peas with oxtail gravy as well,” restaurant owner and head chef, Dale Ferguson, told Food. A ‘penne’ for my thoughts? The creamy chicken pasta is smooth and maintains its rich consistency. Loaded with vegetables, the taste was truly spectacular.

Are there any vegans in the house? The chef is happy to plate dishes like curried-coconut pumpkin butter beans with your selected side. The refreshing twist on local spices will convert any meat lover. But what was most surprising was the ackee and salt fish. Hmm! With the mainstay accompanied by diced onions, chopped tomatoes and sweet peppers, topped with parsley, let’s just say Chef Ferguson is spot on in honouring the timeless tradition of the island’s national dish. Bring fried breadfruit and fried plantain into the mix, and I have found a heavenly home!

“We specialise in seafood – shrimp, lobster, crayfish and conch. And we’re known for our fried chicken. The curried coconut pumpkin butter beans dish is a best seller. The menu is different every day,” he said.

When I arrived at the location between Washington Boulevard and the community of Maverley in Kingston two days ago, I was excited to sink my teeth into dishes from the day’s menu and follow up on all the hype surrounding the offerings. ‘Good vibes only’ already stood out as a prevailing theme, with Ding Dong’s hot track, Stir Fry, echoing in the speakers. This seemed most fitting as I hoped my taste buds would be doing a lively dance such as this.

For Chef Ferguson, he had more than enough reasons to celebrate. He had accomplished his goal of becoming a business owner, successfully surviving COVID-19 as a new food entrepreneur. And closer to home, this is the actual week of his earthstrong.

The culinary journey is one filled with as much excitement as his dishes. His loving relationship with food developed 12 years ago. The chef said, “I was working at a small cookshop, helping out, and I found that I enjoyed it.” While he was able to learn the basics, he knew he wanted more. So he set his sights overseas.

Exposed to a myriad of cuisine, Chef Ferguson grew even more fascinated with the decadent art form. “I started working at a Mexican restaurant in Manhattan and learned a few things there. Then I moved to Portland, Oregon, where I opened my very own Jamaican restaurant. Seven months later, I went to upstate New York to prepare dishes at a pizzeria, gaining Italian experience. I was soon promoted to manager. But my passion was always to have my own restaurant.”

Ferguson began saving towards making his dream a reality in Jamaica. He returned home in 2018. But the road to entrepreneurship was far from smooth sailing. He became a chef at Eden Gardens in Kingston, home to the Black Orchid and Tulip restaurants, working there until the pandemic hit.

Although it sent him packing, he was able to restore hope to his initial objective. Offering wholesome, freshly prepared comfort food in that unprecedented time for delivery and pick-up was a stroke of genius on his part. He even joined the e-commerce website, Gustazos, to get the name out there.

“I used to do Sunday dinner. And I wasn’t offering the typical menu. There was salmon, lasagna and pork chops, just to name a few,” he shared. In no time, he was flaming his way to success.

But it would soon be extinguished by external forces. So, he returned to the cutting board, this time with the intent of finding a space to call home. He asked his meat supplier if the place upstairs was up for grabs, and an offer was made instantly. By 2020, Ferguson opened O’Brien’s on the Boulevard in the heat of the pandemic.

So how did he come up with the restaurant name? One of his middle names is O’Brien, and he believed it was a cooler company name than Dale’s on the Boulevard.

He wrestled with the strong tide of curfews, lockdowns, protocols and restrictions through rocky waves. Since October 2021, he has been able to create a name for himself as a game changer of flavour. He has since joined delivery apps 7Krave and Hugo and offers his own delivery. Behind the scenes, it’s all hands on deck for his staff. Almost a year later, he feels good to have his own business, remaining humbled, grateful and hopeful for an even brighter future.

“I put everything in each dish, and I like to use natural ingredients, seasonings and spices. I am looking to expand and have locations in New Kingston and Portmore,” he added.