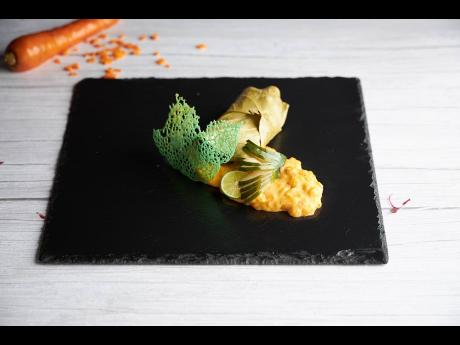 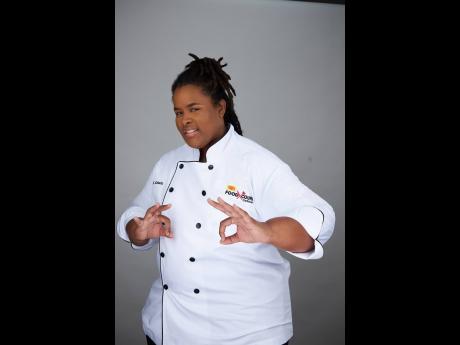 The Maggi Food Court Caribbean kitchen has reached alarming levels of intensity as the defendants battle for their spot in the finals. The palates of the jurors have worked assiduously over the weeks and have helped them to make informed decisions on the talents and abilities of the competitors. There are now four of 16 chefs left to capture the coveted championship title as well as the cash prize of US$10,000.

It was a sombre mood in the kitchen as contestants realised just how far they were coming from as well as where they needed to go. The victory seemed closer but the quest seemed more difficult.

Both contestants represented Trinidad and Tobago. It is a small world after all as Rishi Ramoutar disclosed that Simone Edwin was actually a lecturer in the school he had attended. This brought Simone to joyful tears because even as important as winning the competition would be for her, she was extremely proud to compete with one of the best in the game knowing she had a hand in his development.

Quite unusual for an opponent, Ramoutar shared that he would not feel bad if he lost to Simone.

Waterworks and citations aside, it was time to find ingredients in the refrigerator and pantry to prepare the best dish they could with 75 minutes on the clock.

Judge Jeronimo Green joined the contestants after a few minutes to see just how they were simmering. He found that they had actually made some solid decisions and Chef Ramoutar was well on his way with his steamed fish wrapped in waxed apple leaves and jerked pork festival salsa.

Known for her use of Caribbean flavours, Chef Edwin also started the game strong with her Asain and passionfruit chicken Tostado on smashed plantain.

The kitchen was filled with warm Caribbean scents and the chefs settled into a purposeful yet comfortable rhythm. Again came the resident judge but this time with the biggest curve ball yet.

Halfway through their meals, the chefs were instructed to switch stations, leaving everything behind. They were then further instructed to choose one of two options. They could either finish preparing their opponent’s dish or start all over.

Both chefs were visibly annoyed as well as confused. However, knowing the time constraints, they gathered themselves and both decided to continue cooking but would add their spin.

Edwin was particularly grateful to Ramoutar as some of his dishes were actually finished. However, she had to add the Edwin touch to lock in her preferred flavours.

Jurors Chef Brian Lumley and Natasha De Boug admitted that they would have not taken the switching well as they would have already strategised and been working with a clear plan.

It was a bit harder for Ramoutar to get his bearings. He tried to get an idea of where Edwin was going with her dish but she told him “he was a smart man and he would soon figure it out”.

First up were the appetisers. Chef Edwin served her jerked passionfruit pork served with plantain and pickled vegetables.

Ockino Petrie described Ramoutar appetiser as flawless, he was in love with the flavours and the colours. Lumley shared that his pork was a little overdone but the flavours definitely stood out, and this was again supported by nods of approval by Petrie.

Ramoutar presented a cornmeal-crusted snapper which was a little dry for Petrie. De Boug and Lumley were impressed with the salsa and the fish but agreed that the dish would have been better with a sauce.

Chef Lumley gave Petrie a quick cooking lesson as they waited for the main course. He learnt that the protein is the star of the dish and so he understood perfectly when Chef Ramoutar presented his jerked chicken served with a fondant carrot and a festival crouton. Petrie was not very satisfied with his portions. He likened it to an appetiser. He also thought the chicken was a bit dry. Lumley, however, said he did experienced something different when he mixed the different elements of the dish together but it was still too light for Caribbean cuisine.

Simone perfected Rishi Ramoutar steamed fish and De Boug praised it and labelled it as incredible. Her voice was filled with satisfaction as she spoke of how Edwin reasoned and recooked the fish which made it perfect and it was further complemented by a simple but scrumptious carrot and potato mash. Petrie was particularly impressed with the presentation of the dish and Lumley added that keeping the fish in the waxed apple leaf was a good idea, and also spoke to her ability to adapt. De Boug added that Simone’s Execution was exactly what they were looking for in the competition and so Simone Edwin was the first chef to move on to the finals of the competition.