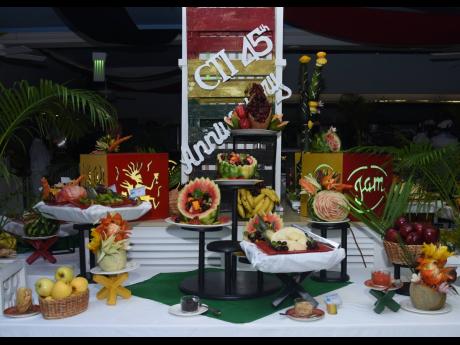 Ashley Anguin
The fruit station filled with the theme colours. 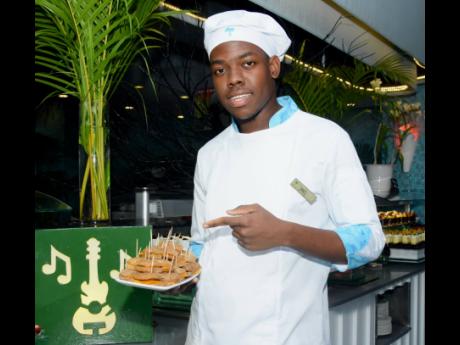 Ashley Anguin
Daniel Davidson poses with bulla and cheese, which was on the menu of the Reggae Kulcha Explosion event for Couples Tower Isle 45th anniversary last Saturday. 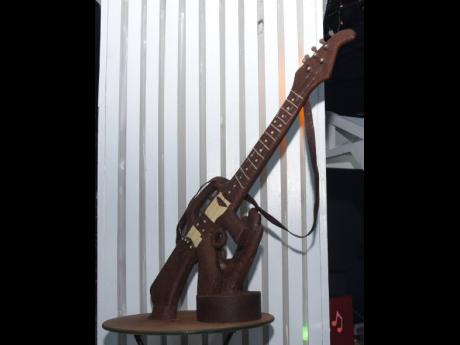 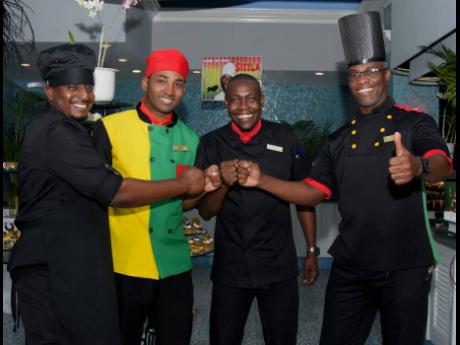 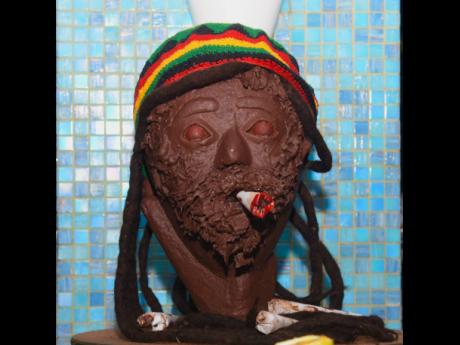 Bulla, traditionally a popular treat for Jamaican schoolchildren, usually paired with cheese, made its way up the food ladder last Saturday night as Couples Tower Isle took ‘Reggae Kulcha Explosion’ to another level.

But probably nothing compared to Peter Tosh’s long-celebrated guitar, also made from chocolate that was photographed far more than the stunning chefs who donned the colours, red green, and gold, in tribute to the country’s rich Rastafarian culture.

Executive chef Valentine McKenzie and regional pastry chef Linval Green combined their efforts to create a kaleidoscope of sweetness, appeasing the eyes, titillating the taste buds, and quenching the appetite.

The hotel’s culinary team had outdone themselves, showcasing fruits, those in and out of season, even while adding a roadside corner rum bar, a rich part of the island’s culture to a mix that played with the senses.

“We knew we had to come up with something exciting and different because this is one of the biggest nights of the year for us,” Chef Valentine told Food long before opening the impressive buffet line. “As to what it is that will get your attention is something else,” he quipped.

At 6:45 p.m. when the dining room opened its doors, guests were greeted with a picture of delicacies and exquisiteness and Valentine could not hide the happiness that shone all over his face. “Have you seen what you are looking for,” he asked our Food team, as he posed with his team of food and beverage connoisseurs who had done him proud.

The team had delivered again.

“We knew about the theme in October 2022, and we were able to put the menu together in three days,” said the executive chef, noting that the purchasing of the ingredients by that respective department would have been the most difficult aspect of putting this exceptional display because they had to find the elements.

The team cooked for 520 discerning guests from all over the world.

Saturday night’s culinary experience was brought over from Friday’s 17th-anniversary celebration at Couples Sans Souci. Food is always a major aspect of the two parties and this year they both went all out.

Friday’s celebration of ‘The Jewel of Jamaica’ was an all-white affair by the ocean, where the resort group’s goal was to ensure memories took on a life of their own.

At 11 p.m., after Grammy-Award Nominee Etana’s scintillating performance, there were fireworks complementing the precursor to a weekend of awesomeness.