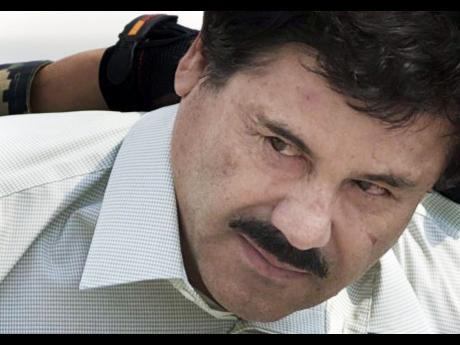 In a scheme befitting a caper movie, Mexico's most powerful drug lord, Joaquin 'El Chapo' Guzman, escaped from a maximum security prison through a 1.5-kilometre tunnel from a small opening in the shower area of his cell, the country's top security official announced yesterday.

The elaborate underground escape route, built allegedly without the detection of authorities, allowed Guzman to do what Mexican officials promised would never happen after his recapture last year - slip out of one of the country's most secure penitentiaries for the second time.

Eighteen employees from various part of the Altiplano prison 55 miles west of Mexico City have been taken in for questioning, Security Commissioner Monte Alejandro Rubido said in a news conference without answering questions.

A manhunt began immediately late Saturday for the head of the powerful Sinaloa Cartel, which has an international reach and is believed to control most of the major crossing points for drugs at the US border with Mexico.

If Guzman is not captured immediately, the drug lord will likely be back in full command and control of the Sinaloa Cartel in 48 hours, said Michael S. Vigil, a retired US Drug Enforcement Administration chief of international operations.

"We may never find him again," he said.

Guzman was last seen about 9 p.m. Saturday in the shower area of his cell, according to a statement from the National Security Commission. After a time, he was lost by the prison's security camera surveillance network. Upon checking his cell, authorities found it empty and a 20-by-20-inch hole near the shower.

Guzman faces multiple federal drug-trafficking indictments in the US as well as Mexico, and was on the US Drug Enforcement Administration's most wanted list.

After Guzman was arrested on February 22, 2014, the US said it would file an extradition request, though it's not clear if that happened.