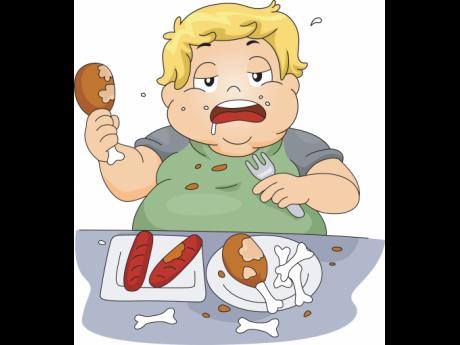 According to the World Health Organisation (WHO), in 2013, 42 million children up to the age of five years were said to be obese. Alarmingly, WHO estimates that if the current trend continues, the number of overweight or obese infants and young children will increase to 70 million by the year 2025.

Poor nutrition and the lack of physical activity can have a serious impact on the health of children and, if not managed effectively, can result in their increasing risk for many diseases, such as respiratory problems, stroke, diabetes, high blood pressure, heart attacks, and can also lead to death.

Obesity is a global problem, and children are increasingly affected. The fundamental cause is an energy imbalance between calories consumed and calories expended. It stems from the increased intake of energy-dense foods and beverages that are high in fat and sugars, in combination with an insufficient consumption of fruits, vegetables and whole grains, as well as a decrease in sports and physical activity.

A healthy body weight is based on the correlation between a child's height and weight, given his/her age. It is important as parents and guardians to openly discuss any weight-related concerns affecting your children with their health-care practitioner.

Things you should know:

- Overweight children are likely to become overweight as adults.

- They are more likely to suffer from psychosocial issues such as depression, low self-esteem, bullying, and mediocre school performance.

Nestlé shares the common concerns about rising obesity rates with organisations such as the Pan American Health Organization, the Ministry of Health and other partners passionate about consumers' health.

At Nestlé, we are committed to doing what we can: implementing school and community-based intervention initiatives such as Nestlé Healthy Kids; Community Fest, Nestlé Breakfast Starts Here; and MILO Energy Zone, aimed at promoting nutrition, education and physical activity.

We have also reformulated our Nestlé breakfast cereals portfolio to provide healthier options for consumers. Since 2003, we have been reformulated to remove 9.1 tons of sugar, 884 tons of salt and added more than 3.4 billion servings of whole grain worldwide.

By the end of 2015, Nestlé-branded cereals will:

- Be made with more whole grain than any other ingredient.

- Be a good source of calcium per serving.

This is just one example of Nestlé enhancing the quality of life of its consumers.