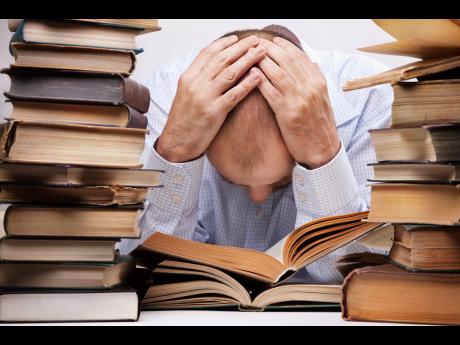 If you are a serious workaholic who sleeps at the office and thinks hard work never killed anyone, a new study published in the British medical journal The Lancet should kill that notion.

In a meta-analysis of 17 studies that involved approximately 530,000 men and women from Europe, the United States and Australia, researchers from University College London found that the more hours people work, the higher their risk of having a stroke.

"Long working hours are not a negligible occurrence," Urban Janlert, a researcher from the Umea University in Sweden wrote in a commentary accompanying the study. Janlert pointed out that in many countries a high percentage of workers put in more than 50 hours a week - which likely puts them at risk for devastating events like stroke or conditions like heart disease.

Janlert wondered whether long working hours is an "avoidable cause of stroke" and called the study the "strongest indication of a causal association". Prevention of stroke and heart disease has focused almost exclusively on preventative measures like diet, exercise and medicine. But studies like this one have shown that work conditions can also be critically important.

"Essentially, if long working hours present a danger to health, it should be possible to change them, which is not always the case with other work environmental factors," Janlert wrote.

Study author Mika Kivimaki, a professor of epidemiology, and her colleagues found a similar but more modest link between working long hours and an increased risk of coronary heart disease in a separate meta-analysis they conducted. Those who worked 55 or more hours a week had a 13 per cent increased risk of a new diagnosis, hospitalisation or death from heart disease.

"The pooling of all available studies on this stoic allowed us to investigate the association between working hours and cardiovascular risk with greater precision than has previously been possible," Kivimaki said in a statement.

Concern over the impact of long hours on a person's health has been growing in recent years. Earlier this month, a study in the journal Occupational & Environmental Medicine by researchers at Harvard and the Centers for Disease Control and Prevention found that working more than 40 hours a week and regularly engaging in heavy lifting may adversely impact a woman's ability to become pregnant.

The research participants were 1,739 female nurses looking to conceive and it turned out that those who worked more than 40 hours took 20 per cent more time to get pregnant when compared with those working a lighter schedule of 21 to 40 hours.