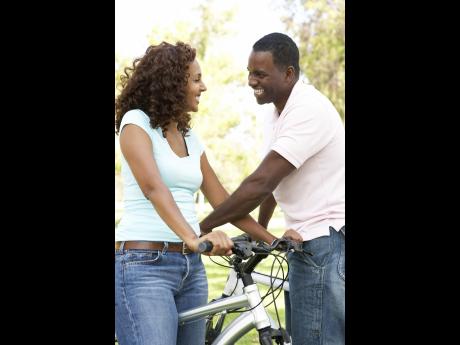 Testosterone is a hormone that is produced by the human body. It is mainly produced in the testicles in men and belongs to a class of male hormones called androgens. It stimulates sperm production and a man's sex drive and also helps build muscle and bone mass. Although it is called the 'male sex hormone', women also produce testosterone, but at lower levels.

Testosterone production typically decreases as men age. Men can experience a range of symptoms if it decreases more than it should. Low T is diagnosed when levels fall below a normal range (300-1,000ng/dL, according to the US Food and Drug Administration). A blood test (called serum testosterone level) is used to determine the level of circulating testosterone.

A range of symptoms can occur if testosterone production drastically drops.

Signs of low T (also called hypogonadism) are often subtle and can be mistaken for a natural part of ageing.

Among the symptoms of low T levels are:

Testosterone plays a key role in libido (sex drive) in both men and women. Men may experience some decline in sex drive as they age. However, someone with low T will likely experience a more drastic drop in his desire to have sex. Low T can also decrease the sex drive in women, along with other factors, such as other hormonal and mood changes.

Testosterone plays a role in the production of semen, which is the milky fluid that aids in the motility of sperm. It's pretty simple: The more testosterone a man has, the more semen he produces. Men with low T will notice a decrease in the volume of their sperm during ejaculation.

Testosterone plays a role in several body functions, including hair production. Balding is a natural part of ageing for many men. However, men with low T may experience a loss of body and facial hair.

Men with low T have reported extreme fatigue and a noticeable decrease in energy levels. You might be experiencing symptoms of low T if you are tired all of the time, despite getting plenty of sleep, or if you are finding it harder to get motivated to hit the gym or exercise.

Because testosterone plays a role in the building and strengthening of muscle, men with low T might notice a decrease in both muscle mass and strength. Those who try to reverse the muscle loss through weight training might find it difficult to build or rebuild muscle.

Men with low T may also experience increases in body fat. In particular, they sometimes develop gynecomastia, a condition in which they develop enlarged breasts. Although the reasons behind this are not entirely clear, research suggests that testosterone influences the way your body stores fat.

The thinning of bone mass (osteoporosis) is often thought of as a condition that women experience. However, men with low T can also experience bone loss because testosterone aids in the production and strengthening of bone. Men with low T - especially older men who have had low T for years - are more susceptible to bone fractures.

Women often experience changes in mood during menopause, when their levels of estrogen drop. Men with low T can experience similar symptoms. Testosterone influences many physical processes in the body. It can also influence mood and mental capacity. Research suggests that men with low T are more likely to experience depression, irritability, or a lack of focus.

Testosterone levels decrease naturally over time, so you may experience some degree of change in these symptoms as you age. Your doctor can conduct a blood test and recommend treatment if needed, and discuss any benefits and risks.

Testosterone replacement therapy is a widely used treatment for low T levels in males. Testosterone may be given as an injection, patch, gel or lozenge.