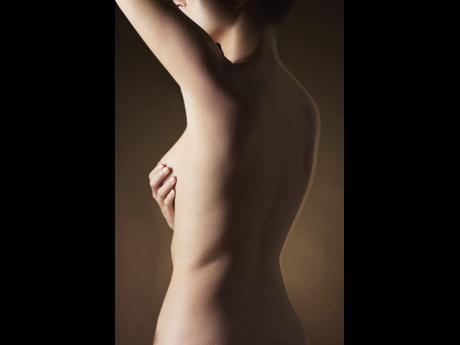 Researchers report in the New England Journal of Medicine (NEJM) the strongest evidence yet that some women with early-stage breast tumours may not need chemotherapy to effectively treat their cancer. For some women, hormone-based anti-tumour drugs may be all they need to enjoy 98 per cnet survival at five years and a 93.8 per cent chance of being free of invasive breast cancer in that time as well.

The key to identifying these women lies with a gene-based test called Oncotype Dx, which scans 21 genes in the tumour to create a dossier of the tumour's strengths and weaknesses. The information helps doctors to determine how potentially aggressive, or not, a tumour might be.

Allowed on the market as a clinical laboratory test in 2004, it produces a recurrence score from 0 to 100 and helps doctors determine whether women should be treated with chemotherapy. Lower scores generally indicate that hormone-based drug therapies are enough, while higher recurrence scores push physicians to consider chemotherapy to lower the risk of the cancer returning.

But studies to date have tested Oncotype Dx's predictive capabilities using archived samples of tumours. No studies have put Oncotype Dx to the test by randomly assigning women to hormone therapy alone without chemotherapy to measure their risk of recurrence after five years.

That's what the trial described in the NEJM - the Trail Assigning Individualized Options for Treatment (TAILORx) - was designed to do. TAILORx included 10,253 women diagnosed with breast cancer that possessed hormone receptors (meaning the tumours would respond to hormone therapies) but had not spread to their lymph nodes and were anywhere from 1cm to 1.5cm in size. The tumours ranged from low grade, which are not as aggressive, to

higher-grade cancers, which tend to grow faster and contain more abnormal cells. Current guidelines suggest that younger women diagnosed with such breast tumours, or women with larger and higher-grade tumours, receive both hormone therapy and chemotherapy to prevent recurrence.

But TAILORx randomly assigned women with an Oncotype Dx recurrence score of less than 11 to just take hormone therapy alone, and skip the chemo. About 16 per cent of the women in the study fell into this category, and after five years, they did remarkably well. Not only did 99 per cent of them survive to five years, but they had a less than two per cent risk of having a recurrence either locally or in other parts of the body.

"What we've shown is that if you have a low recurrence score, you do really, really well with [hormone] therapy alone," noted Dr Joseph Sporano, associate chairman of the oncology at Montefiore Medical Center and lead author of the study. "The likelihood of responding to chemotherapy would be nil. So I think we can be much more confident in making the recommendation to just use [hormone] therapy alone, especially in patients where we might have been a little skittish about recommending sparing chemotherapy."

What's more, the recurrence score seemed to be more predictive of who could be spared chemo compared to traditional factors that doctors use, such as tumour grade. The benefit from hormone therapy alone was the same for women no matter what their tumour grade.