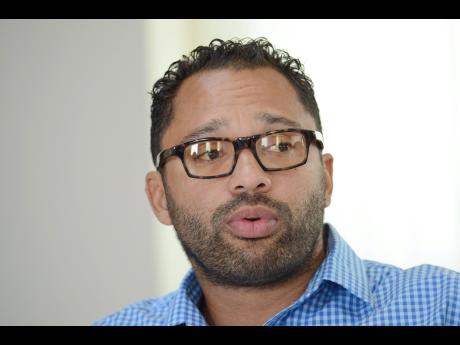 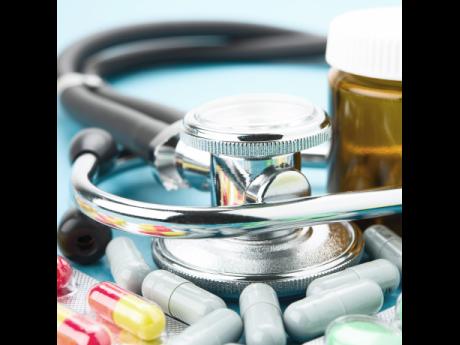 In a previous article, I identified strong, inclusive leadership by the Ministry of Health and stakeholders as a prerequisite to fixing the health sector. This article will focus on how to effectively reposition and strengthen our primary care services. The well-known adage that 'prevention is cheaper than cure' should be used as our guiding principle. There are approximately 350 health centres which are grouped within health districts, each of those districts are meant to serve between 20,000-30,000 people. There are currently five types or levels of health centres, which vary in the range and type of curative and preventative services they provide. Some of those services include: child health, antenatal care, curative visits, dressings, etc. In 2005, there were just over 1.5 million visits to health centres.

In nominal terms, we have tripled our total expenditure from US$228 million in 1995 to US$744 million in 2011, but the relative percentages of GDP have been flat or decreased in some cases over that time. The World Health Organisation study of 2005 (WHO-CHOICE) reported that in 2005, the expenditure per patient in hospitals operating at 80 per cent capacity (excluding drugs and tests) was between $1,742.37 and $3,104.78, while per person health centre visits cost between $366.97 and $480.80. This clearly demonstrates that primary care is far less expensive than hospital-based care. There is consensus among most health-care professionals that lifestyle modification and preventive care practices reduce the incidence and complication rates of diseases that commonly occur, and which can be effectively managed in the primary-care system (hypertension, diabetes, etc). Practising preventative medicine saves money and lives.

In Jamaica, patients can freely choose where (hospital vs health centre) and what time of day they wish to be seen by a doctor in the public sector. Patients do not require a referral from a doctor to be seen in a hospital and may be even be attended to in an emergency room for non-urgent complaints. Most of that happens as a result of the perception by patients that hospitals are better equipped and provide better care than in health centres. Limited opening hours, transportation difficulties and high levels of crime in some communities may also be factors for that pattern of misuse. That perception, nonetheless, costs the country four to five times more per patient at a time when, as a country, we are already only spending half of what we should on health care. Patients must be educated and, if necessary, firmly directed towards the best use of our health-care system.

Currently, the Government can strengthen the primary-care system by either increasing expenditure on it to the required levels, or saving in other areas and redirecting those resources. Hospitals are expensive to operate, and, in Jamaica, are often plagued by inefficiency and chronic underfunding. When we actively and appropriately begin redirecting most patients to the primary-care system where they will be better served, we will decrease the use of our hospitals. That will, in turn, save money from reduced direct patient costs as well as the indirect savings from preventing diseases and their complications. Those monies can be invested in the primary-care system by the Government.

1.4 per cent growth for the Jamaican economy during this fiscal year 2015-16. Co-chair of the Economic Programme Oversight Committee,

Mr Richard Byles, has stated: "The private sector needs to step up ... as the Government comes out of the market, the private sector is allowed to come in." I could not agree more with that sentiment. Long-term leasing of land, buildings, etc (50-60 years) or build-own-operate-transfer (BOOT) agreements can stimulate private investor interest in the health sector. Private-public partnerships have existed for years in the health sector and many patients have benefited from them. Regrettably, they have not appeared to be long term or consistent in their duration or scope. In the past, the partnerships have taken various forms: barter, prepayment, capped funding, divestment, rentals, etc.

As we aggressively pursue an improved primary-care system, we should consider improving those partnerships with the private sector, especially in respect to our hospitals to finance the move. Not all hospitals can be considered for rental or divestment; however, some do provide interesting opportunities that should be prudently explored. Hospitals such as the National Chest Hospital and the Bellevue Hospital have unused land space that can be developed into private wards, or new treatment facilities, or even housing solutions, for example. The prime location of St Ann's Bay Hospital on the North Coast Highway is perfectly poised for future health tourism services. These are just some examples of new potential opportunities to raise funds or reduce operational costs to the Government through strategic partnerships or other types of commercial arrangements with private stakeholders.

By allowing the long-term control of assets by private investors, it will permit sufficient time and freedom to recover the cost of their investment and generate a profit. Diversifying the revenue streams of the health sector would be an important step towards achieving the financial sustainability of the sector.

Primary care in Jamaica must be stimulated and revitalised through investment. Increased levels of financing will lead to our improved ability to equitably and reasonably increase remuneration levels, extend and improve services (diagnostics, etc), implement mobile clinics, provide ongoing social intervention services, ambulances services, among others. Within the current IMF agreement there is very limited (if any) fiscal room for the Government to manoeuvre. Even after the current agreement, we cannot assume the requisite growth of the economy will occur to provide additional funding. Prompt private-sector engagement in the business of health and new partnership models with the Government is very important and may provide much needed injections of funding to the sector.

Government is responsible and accountable for the protection of the vulnerable in society, and private-sector involvement cannot absolve it of that responsibility. In subsequent articles, I will discuss in more detail potential options to finance that responsibility. Safeguarding and, where necessary, strengthening standards of patient care and implementing penalties for non-compliance and corruption by the relevant agencies are also cornerstones of this proposed model.