‘Take care of the complete you: ask for an HIV test too’ 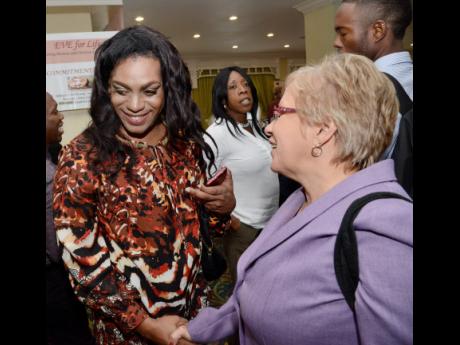 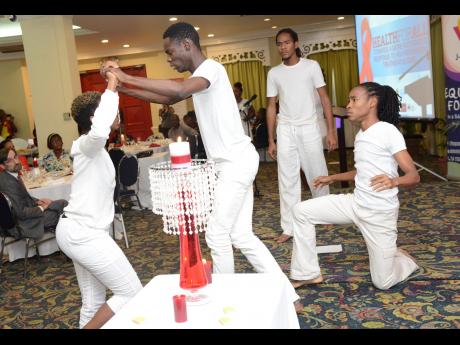 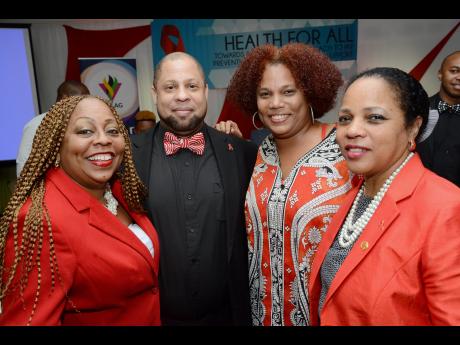 Yesterday, World AIDS Day 2015 was commemorated under the theme 'Take Care of the Complete You: Ask For an HIV Test Too'. This year, the Ministry of Health will focus on a wellness and preventative drive that will be supported by mass media as well as community mobilisation, which aims to increase the number of persons with HIV knowing their status.

Health Minister Horace Dalley noted that despite the significant strides that have been made over the years, stigma and discrimination continue to adversely affect HIV testing as well as access and uptake of HIV-treatment services with low retention rates of antiretroviral treatment.

"This year's commemoration of World AIDS Day provides us with the opportunity to strengthen testing strategies in order to reach people who are living with HIV but are unaware of their status. HIV is still widely stigmatised in Jamaica; hence, the campaign has to be seen to be more comprehensive and not single-disease specific," Dalley said.

The campaign will incorporate other preventative-screening procedures and services such as diabetes, hypertension, obesity, cancer, dental, mental and family planning along with HIV screening at selected health facilities, as well as strengthening and maximising the implementation of provider-initiated testing and counselling in health settings to reach every patient utilising the health centres with HIV testing and linkage to care.

Jamaica is among the countries charged with the ambitious goal of the fast-track approach to accelerate action to end AIDS as a public-health threat by 2030. This requires the country to aggressively review implementation gaps and systems that pose a threat to reaching the target. These include prevention, combating discrimination and making treatment more accessible to achieve the goals.

In the meantime, the World Health Organization (WHO) is emphasising that expanding antiretroviral therapy (ART) to all people living with HIV is key to ending the AIDS epidemic within a generation.

"The Millennium Development Goal of reversing the HIV epidemic was reached ahead of the 2015 deadline - an incredible achievement that testifies to the power of national action and international solidarity," stated WHO Director General Margaret Chan.

Expansion of antiretroviral therapy has resulted in a stark reduction of AIDS-related deaths. At the same time, increasingly effective prevention efforts have reduced numbers of new HIV infections. Since the epidemic's peak in 2004, the number of deaths has fallen by 42 per cent, with some 7.8 million lives being saved over the last 15 years, according to a new WHO report. The number of new infections has fallen by 35 per cent since the turn of the century.

Over the last 15 years, scale-up of ART has been most dramatic in the WHO African Region, where now more than 11 million people are receiving HIV treatment, up from 11,000 at the turn of the century. People living with HIV in Africa are now more likely to receive treatment than people living in most other parts of the world.