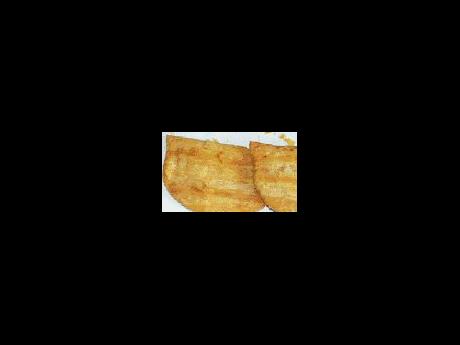 There have been a lot of discussions surrounding the recent decision by the minister of education to ban bag juice in school-feeding programmes. Some have commended the move as a step in the right direction, while others have said it has not gone far enough.

The minister of health has joined the discussion on the necessity of changing our lifestyles to combat the obesity epidemic with his proposal for a sugary drink tax.

The conversation about food and obesity is one that needs to be at the forefront of the nation's conscience. New data shows that Jamaicans are as overweight and obese as Americans and some of our wealthier Caribbean neighbours. But our health system is nowhere close to those countries in dealing with the complications of obesity. So we rightly must focus on prevention.

The United States has, however, seen the consumption of soda steadily decline to the lowest level seen in 30 years. This, without a national soda tax. The reason? People had been talking about how bad sodas are. That resulted in Americans making a conscious effort to drink less.

Will a soda tax work in Jamaica without sustained public discourse about how unhealthy sodas are and how they cause weight gain? The answer is no.

But what about the bag juice ban? Surely, it's a way to cut down on sugar intake in schools and lead to a drop in childhood obesity rates. Again, this argument is specious and raises several questions. We must first ask what is causing the epidemic of childhood obesity in Jamaica.

Are the excess calories causing weight gain specifically from bag juice consumption to the point where the beverage should be dropped in schools? If so, where are they getting the bag juices? Vendors? Shops? Supermarkets? Home? School? How many are they consuming at school and what percentage reduction in consumption would the ban achieve when the vendors, supermarkets and shops still provide easy and cheap access to the drinks?

What about the sugar and simple starch concoction called a nutribun that we are still allowing in the school-feeding programme? Is that acceptable? Bag juice calories versus empty calories from Nutribun, which is greater?

A 400-calorie patty full of starch and fat is a staple in the diet of schoolchildren and indeed many adults. Should we regulate that as well? The sugary juice alternatives to bag juice that are imported don't seem to be targeted for any intervention. Have we just singled out our local manufacturers again while allowing importers to get away with worse?

WHAT ABOUT JUNK FOOD?

Another reason given for our rising obesity rates is the increase in the consumption of junk food. While the increase in junk food sales mirrors the rise in obesity rates, the poor also suffer from obesity. Poor people don't get overweight because they are eating too much fast food. They put on weight because they can't afford to buy adequate protein for meals so they compensate by piling the plates high with rice, dumpling and 'food'.

A tin of mackerel, corned beef, chicken or fish back has to share for many persons or over several days, but bellies must be full. So naturally, the ratio of starch to protein will change and with it the excess carbs stored as fat, leading to weight gain. The problem in Jamaica is one of excess starch in our diet. Not just sugary drinks or junk food. We eat too much rice and flour.

What needs to be done instead of bans and lording more taxes over us is to address the areas that will lead to significant and lasting behavioural change. We need greater public awareness on the dangers of excess starch as for years the medical community has been attacking fat as the cause of weight gain and ignoring starch. We now know that excess starch is a major cause of the obesity epidemic. Promoting exercise and an overall healthy, active lifestyle should be a priority. You cannot legislate away foods. You can ban ingredients because people will not get up and feel for some trans-fats the way they feel for a soda or ice cream.

We should be focusing on banning ingredients, repeating how unhealthy sugary drinks are and how bad for you junk food is, while legislating that menus carry the caloric values of foods. Leave it to the people to change their behaviour once they are empowered to do so and stop the knee-jerk reactions to this crisis that we are facing.

Food is not the only reason why we have an obesity epidemic. The environment has changed to foster an obese society. Our way of life has changed. And with it the natural tendency is to be overweight unless you make a conscious decision to work hard to stay in shape. As hard as you do at your job and at school. The average Jamaican is overweight. For you to maintain a normal weight, you have to decide that you have to be above average and as with any other aspect of life, to be above average requires hard work and determination.

• Dr Alfred Dawes is a general laparoscopic and weight-loss surgeon at the Island Laparoscopy and Medical Care. Email: info@islandlaparoscopy.com; yourhealth@gleanerjm.com.