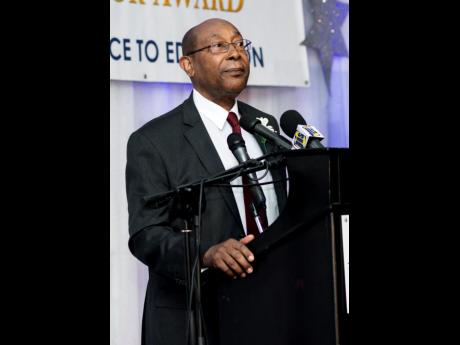 As the cannabis debate continues to grow on the home front and internationally, Jamaican cancer research scientist and a leading expert on medicinal cannabis, Dr Henry Lowe, will be heading to the Harvard Medical School in Boston, Massachusetts, United States, this weekend to participate in the 2017 Global Health Catalyst Summit to discuss his research findings on cannabis and cancer. He will also participate in the innovative partnerships/collaborations in curbing the growing global burden of non-communicable diseases like cancer.

The Global Health Catalyst (GHC) summit at Harvard is a premier yearly event designed to catalyse high-impact international collaborations to eliminate global health disparities, with the main focus on cancer.

Dr Lowe, who in 2013 founded Jamaica's first medical cannabis company, Medicanja Limited, is recognised globally for his research on the potential for plant-based compounds to treat a range of chronic diseases, particularly cancer.

"I was very pleased but humbled to realise that my scientific research work is being so highly recognised internationally at this time. It therefore inspires me to continue my research, despite the many obstacles encountered from time to time. Drug research and development not only requires specialised skills and hard work, but also financial support which is hard to realise," said Dr Lowe.

In the past years, the summit has accelerated collaborations to establish or support many cancer centres and health-care institutions in different African countries, launched education and training efforts to build human capacity needed to strengthen the health-care systems, and established new research collaborations, along with disease prevention and advocacy programmes.

Dr Lowe has, for over 50 years, been at the forefront of numerous scientific research discoveries, the most recent being a breakthrough in the treatment of hepatitis C using Cannabidiol (CBD), one of the most prevalent chemical compounds in the ganja plant.

In addition, he has made significant strides in the discovery and development of drugs derived from the cannabis plant for the treatment of cancers and neurodegenerative diseases. Dr Lowe has had over 25 years experience in cancer research geared at finding affordable and appropriate treatment and cure for cancers, particularly prostate and breast cancers, melanoma and leukaemia. Through his extensive work, Dr Lowe has published and lectured extensively in the area of cancer science and has been globally recognised for his discoveries in the field. He has been invited to be a reviewer of several cancer-related articles and editor for a number of scientific/cancer-related peer-reviewed journals.

Dr Lowe has so far been awarded four patents from the US Patents Office and has four patents pending that are expected to be granted by the end of this year.