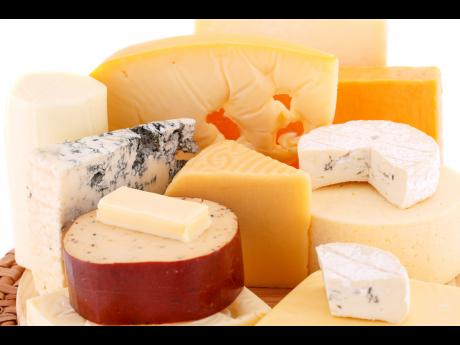 Eating full-fat cheese, milk or yogurt does not increase the risk of a heart attack or stroke, according to a new study published in the European Journal of Epidemiology this week.

The study was an in-depth analysis of 29 prior studies that looked at the link between dairy products and risk of cardiovascular disease, or heart problems. Their findings were such that these dairy products have a 'neutral' effect on those areas.

"This meta-analysis showed there were no associations between total dairy, high- and low-fat dairy, milk and the health outcomes, including all-cause mortality, coronary heart disease or cardiovascular disease," the report reads.

Experts from Europe coalesced for this research. A pair from England, one from Denmark and one from the Netherlands were in on the study.

"There's quite a widespread but mistaken belief among the public that dairy products in general can be bad for you, but that's a misconception," said Ian Givens, one of the researchers. "While it is a widely held belief, our research shows that that's wrong. There's been a lot of publicity over the last five to 10 years about how saturated fats increase the risk of cardiovascular disease, and a belief has grown up that they must increase the risk, but they don't."

"Dairy products form an important part of a healthy, balanced diet. However, many are high in saturated fat and salt. We're all consuming too much of both, increasing our risk of heart disease," said a spokesman for Public Health England. "We recommend choosing lower-fat varieties of milk and dairy products or eating smaller amounts to reduce saturated fat and salt in the diet."

The researchers stand by their report.

"Our meta-analysis included an unusually large number of participants," said Givens. "We are confident that our results are robust and accurate."