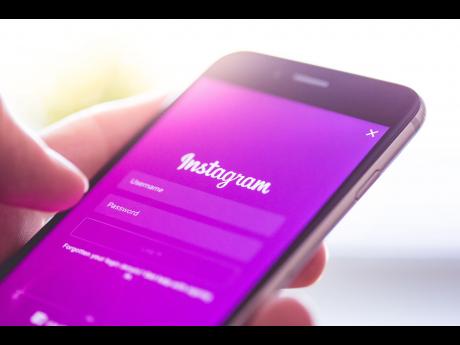 A new study from the Royal Society for Public Health in the United Kingdom has found that Instagram does the most damage to young people's mental health when compared to all of the other popular social networking apps currently used. Snapchat is a close second.

The study, which was called #StatusofMind, did a survey on 1,500 young men and women from the ages of 14 to 24. They wanted to gauge how social media platforms impact their health and well-being in terms of depression, anxiety, as well as body image and self-identity issues. What they found was that a majority of those surveyed said that YouTube had a positive impact, but just about everything else, including Snapchat, Facebook, Twitter and Instagram, were reported to have a negative impact.

Instagram was cited as having a negative impact most notably for young women, who said the app causes them to compare themselves to other people and not feel as though they look good enough. Instagram, of course, is known for its photo-editing filters.

Matt Keracher, the author of the report, said it would help the self-esteem of young people if Instagram placed warnings on images that have been digitally manipulated so that those seeing them will know what's really going on.

"We're not asking these platforms to ban Photoshop or filters, but rather to let people know when images have been altered so that users don't take the images on face value as real," he said "We really want to equip young people with the tools and the knowledge to be able to navigate social media platforms not only in a positive way, but in a way that promotes good mental health," he said.

Other ways the survey found that Instagram negatively impacted people included a change in sleep patterns and an increased fear of missing out, otherwise known as FOMO. However, it was also noted as a positive platform for self-expression and self-identity.

But the survey also found that even the social media sites that are deemed more positive, like YouTube, can negatively impact mental health the longer younger users stay on them. More than two hours a day connected to these sites and apps can increase the likelihood of poor mental health, including psychological distress.

So another way Keracher and the folks of the Royal Society for Public Health recommend dealing with that is by having a pop-up warning to let users know when they've been browsing for too long. But the best advice on warning young people about overdoing it with social media consumption came from Sir Simon Wessely, the president of the UK's Royal College of Psychiatrists. He said that keeping young people informed about the good and the bad is better than coming from a "social media is the devil" angle.

"I am sure that social media plays a role in unhappiness, but it has as many benefits as it does negatives," he said. "We need to teach children how to cope with all aspects of social media - good and bad - to prepare them for an increasingly digitised world. There is real danger in blaming the medium for the message."