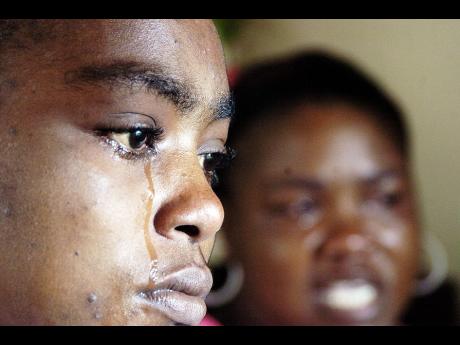 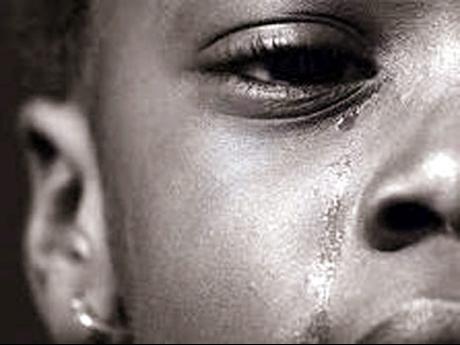 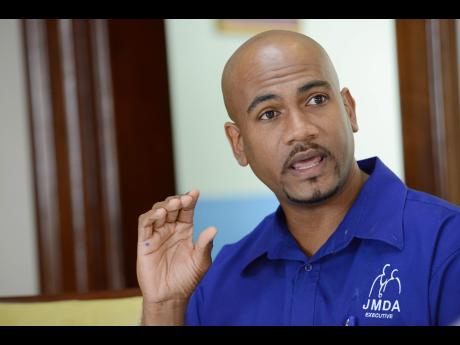 You get the news of another young male shot dead. You shake your head and think about how bad the crime situation is in Jamaica. In less than a minute, you have moved on from that story and it is soon forgotten.

The feeling of outrage and despair is only heightened if the victim is a young girl, a prominent member of society is killed in a public space you know, or if it is a multiple killing.

Even then, the outrage only lasts a short time, as soon you are greeted with news of more mundane murders. You are numb to the anarchy around you. You go on with your life as if nothing is threatening you. No danger. Until it comes too close to you and then you go through full-blown grief. As you grapple with the senseless killings affecting you and your family and friends, others are shaking their heads about the sad state of affairs for a minute before they move on. Why are we so numb?

In his book, David and Goliath, Malcolm Gladwell explored the psychological impact of the bombing of London by the Nazis during World War II. Although both the Germans and British leaders expected widespread panic and refugees pouring out of London into the English countryside, it never happened. The Londoners stayed and worked on, despite the bombs raining down around them and thousands of them being killed and injured.

A Canadian psychiatrist, J.T. MacCurdy, in his book The Structure of Morale, proposed that the effects of a bomb falling on a population splits them into three groups:

2. The near misses - those who see and feel the destruction but survive with the emotional damage and shock; and

3. The remote misses - those who hear the sirens and sounds of the bombs exploding far from them. They survived easily and feel invulnerable, as bombing and other people dying becomes a new normal for them as they go about their usual business.

Although we are not being bombed, Jamaica is practically in the midst of a war among criminal elements. Take away those killed by gang warfare and the murder statistics are starkly different.

The violence in the western parishes involving the scammers is akin to the narco wars waged in Mexico, Colombia, Miami and Chicago.

In Kingston, a power vacuum created by the Tivoli incursion has set up conflicts where local warlords are battling for turf akin to Somalia.

In the midst of these wars are the psychological victims, ordinary Jamaicans.

We are literally a sick society.

Recently, while professing my knowledge of the ghettoes through my friends who live and work there, I was silenced by my assistant who acknowledged my familiarity with the issues. She asked if I had ever slept in the ghetto.

For going to the ghetto, working there and having friends there is a world away from sleeping in the ghetto. It is only then that you hear the gunshots not on newscasts, but outside your door. You move from being a remote miss to a near miss. Your sense of being far removed and invincible is erased as you suddenly realise that any second a bullet addressed 'To Whom It May Concern' may take your life. This is the reality of a significant portion of our population.

When the politicians armed supporters in the '70s, they inadvertently created a cohort of children growing up with violence and death as the norm. These psychologically scarred children grew up to be criminals or see criminals operating and dying around them, alongside friends or loved ones.

POST-TRAUMATIC STRESS DISORDER IS RAMPANT IN THE GHETTOES

Deferred gratification and planning for the future are foreign concepts to many who turn to a life of crime. There is no fear of death, as it can come at any time. Post-traumatic stress disorder is rampant in the ghettoes. It is just undiagnosed and untreated, leaving shell-shocked individuals to go on living with bombs raining outside their doors.

The rise of the criminal gangs in the west is seeing the creation of the next cohort of near-miss individuals. Daily, there are gruesome murders not only in the ghettoes, but in the urban centres of Montego Bay and Savanna-la-Mar. Shootouts in broad daylight are becoming the norm and those who, because of class and income would have been remote misses in Kingston, are near misses, as the murders take place in front of their workplaces and schools. For near misses, hearing news about murders ignites barely a flinch because they have lived much worse. Their psychological trauma that was never treated only festers and makes them numb to future remote and near misses.

And the remote misses? Violent crime is a problem affecting some Jamaicans, but they haven't seen or felt the murders. There is no direct psychological trauma. So their numbness has a different cause.

They see the planes flying overhead and hear the bombs exploding in the distance. The faraway wails of murder are a common occurrence, as they learn to tune them out as they continue with business as usual. Numb. Unable to grasp the concept of a near-miss traumatic experience. This psychological damage explains the inaction as things spiral out of control. But the bombs are getting closer to home.

A shell-shocked people in the midst of an undeclared war.