PAHO: Countries of the Americas can end tuberculosis by 2030 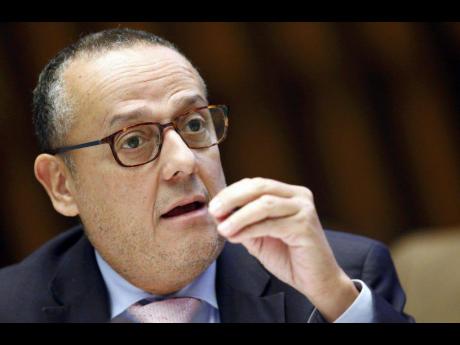 Within the framework of World TB Day, which was commemorated on March 24, PAHO is urging countries to take the necessary steps to close the gaps in the care of people with tuberculosis, ensure early diagnosis with available new technologies, and work with the most vulnerable populations. The organisation is also calling for sustainable financing for national tuberculosis programmes so that countries can reach the goal of ending tuberculosis by 2030.

“While the region of the Americas has managed to reduce new cases and deaths from tuberculosis in the last 15 years, ending this disease is only possible if progress is accelerated,” said Dr Marcos Espinal, director of the Department of Communicable Diseases and Environmental Determinants of Health at PAHO. “Countries should expand access to diagnosis with rapid molecular tests and timely, quality treatment for those who need it. They must also work with people, communities and other sectors on the social determinants that facilitate transmission of this disease.”

In 2017, WHO estimated 282,000 new cases of tuberculosis in the Americas, 11 per cent of which were in people living with HIV. In all, 87 per cent of cases were concentrated in 10 countries, with Brazil, Colombia, Haiti, Mexico and Peru reporting two-thirds of the total cases and deaths. According to a PAHO report published in September 2018, an estimated 24,000 people died in 2017 from tuberculosis in the region, and 6,000 of them were coinfected with HIV.

The slogan for this year’s World TB Day campaign is ‘It’s time for action. End TB’. This serves as a reminder that fulfilling the commitments made by heads of state in September last year at the first High-Level Meeting of the United Nations’ General Assembly on tuberculosis, must be accelerated. At the meeting, world leaders agreed to implement bold goals and urgent measures to end the disease.

Ending the global tuberculosis epidemic is one of the targets of the Sustainable Development Goals (SDGs). WHO’s End TB strategy, adopted by the World Health Assembly in 2014, aims to reduce deaths from TB by 90 per cent and the incidence of the disease (number of new cases each year) by 80 per cent by 2030, compared to 2015 levels. Three intermediate goals have also been established for 2020: reduce TB deaths by 35 per cent, reduce the TB incidence rate by 20 per cent, and ensure that families affected by TB do not face catastrophic costs for treating the disease.