Several to be honoured with WHO World No Tobacco Day Award 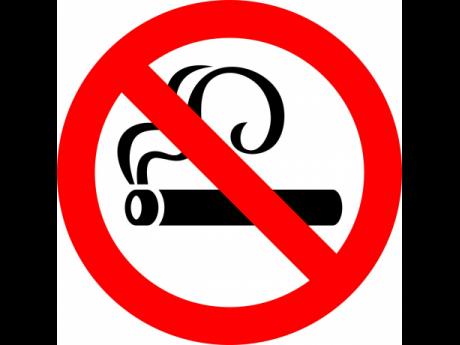 Individuals, organisations and authorities from six countries across the region of the Americas — Antigua and Barbuda, Argentina, Colombia, El Salvador, the United States (US) and Uruguay are to be honored with a 2019 World No Tobacco Day award. These honours, awarded each year by the World Health Organization (WHO), aim to recognise outstanding contributions to advancing the fight against the harmful effects of tobacco smoke.

The awards were announced in the run-up to World No Tobacco Day, May 31, the theme of which is ‘Tobacco and Lung Health’.

This year’s winners have all paved the way towards the advancement of policies and measures contained in the WHO Framework Convention on Tobacco Control (FCTC) in the Region of the Americas.

“Tobacco use is a huge determinant of lung health and is responsible for 65 per cent of all deaths from pulmonary cancers in the region,” said Dr Hennis, director of the Department of Noncommunicable Diseases and Mental Health at the Pan-American Health Organisation.

“This prize recognises the vital role that organisations and individuals play in developing and supporting policies to protect the people of the Americas from the harmful impact of tobacco smoke on lung health.”

The six winners of the award in the Americas are:

l The Ministry of Health, Wellness and the Environment of Antigua and Barbuda for becoming the third in the region to approve, within a single comprehensive legislation, a ban on smoking in indoor public places and workplaces; mandatory graphic health warnings on tobacco products; and a ban on tobacco advertising, promotion and sponsorship.

l Gerbert Marcelo Marquelli Canales of El Salvador. This posthumous award recognises Marquelli’s work as legal counsel for the Health Solidarity Fund in El Salvador, where he played a pivotal role in drafting, promoting and supporting the adoption of the smoke-free regulations.

l Dr Ana María Lorenzo García, president of the Uruguayan Tobaccology Society. Lorenzo is being honoured for her long trajectory in working for the development of strong tobacco-control legislation in her country and beyond, particularly counteracting interference from the tobacco industry.

• The Interamerican Heart Foundation – Argentina, which is among the first tobacco-control organisations to adopt a human-rights approach to guide its agenda.

l The organisation’s research and policy work have been instrumental in supporting and advocating for the adoption and implementation of tobacco-control regulations.

l Students Working Against Tobacco (SWAT) from Florida, the US, for their work in addressing the youth tobacco epidemic. Their latest initiative, ‘Not a Lab Rat’, campaigns against the dramatic rise in youth e-cigarette use.

World No Tobacco Day was created by WHO Member States in 1987 and is commemorated each year on May 31.

The aim of the day is to raise awareness of the harmful effects of tobacco use and second-hand smoke exposure, and to discourage the use of tobacco in any form.

The campaign will focus on highlighting the negative impact that tobacco has on lung health, from cancer to chronic respiratory diseases, and the critical importance of the lungs to health and well-being.

The World No Tobacco Day awards take place each year and aim to recognize individuals or organisations in each of the six WHO regions for their accomplishments in the area of tobacco control. Last year, the recipients of the award in the region included individuals, organisations and authorities from Argentina, Chile, Guyana, the US, and Uruguay.