Winning the fight against HIV 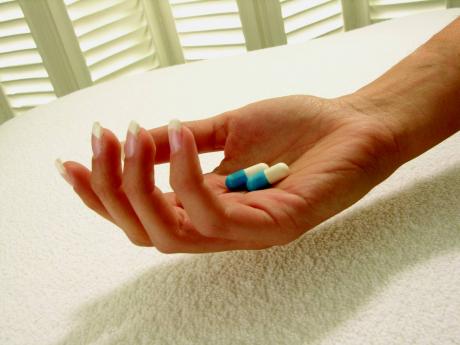 One man has been cured of HIV. Timothy Brown had cancer of the blood, and had been living with HIV. Tim received bone marrow from a healthy donor. The building blocks of our blood are made in the bone marrow. Replacing Tim’s bone marrow allowed him to make new, healthy blood cells. Tim’s donor is a rare individual who is resistant to HIV; the new marrow, therefore, made Tim’s body an unfavourable place for HIV.

HIV disappeared from Tim’s body. It did not come easily. Tim had received powerful medicines to fight his cancer and to prevent his body from rejecting the donor’s marrow. He overcame liver and kidney failure, and a second bone marrow transplant.

Recently, a similar patient in London was cured of HIV. Additionally, a test vaccine prevented one out of every three persons from getting HIV in a clinical trial. Although protection was not lasting, better vaccines are coming. We are closer to a cure and new prevention methods for HIV.

HIV AND THE BODY

We used to delay giving medications to persons with HIV until we saw a weakened immune system. Now we know that HIV increases the risk of heart attack and stroke due to ongoing inflammation as the body tries to fight the virus. We provide medications as soon as we know that someone has HIV to prevent damage that is ongoing even without symptoms. Usually, these medications are taken once per day.

The medications must be taken the same time daily. Missing even a single dose gives the virus the chance to change itself so that the medications no longer work. In Jamaica, there are few options for changing medications once they stop working, and backup medications have more side effects and more tablets to be taken. Stopping the medications causes HIV to start multiplying again, damaging the body.

When persons with HIV take medications correctly, the amount of virus gets so low that it cannot even be detected by the laboratory machines we use to check virus levels. In this state of undetectable virus, persons with HIV do not pass the virus on to sexual partners. We have been doing this for years to prevent the virus from being passed to newborn babies of mothers with HIV. Hence, persons with HIV can have children, who are born free of the virus.

Anti-HIV medications can stop HIV infection in a HIV-negative person who may have been exposed to the virus through rape, and even situations of lapse in judgement. Given within 24 to 48 hours after the person was exposed, the medications significantly reduce the chances of that person getting HIV. Anyone who finds himself or herself in a situation where he or she becomes exposed should go to a hospital emergency room or medical doctor and seize this narrow window. Healthcare providers have been doing this among themselves for decades in situations such as accidentally being stuck with a needle.

By giving anti-HIV medications to persons without HIV, medications circulating in the body will stop HIV from establishing an infection should that person become exposed. Such situations include partners of persons living with HIV or persons working in situations that place them at risk for sexual violence.

These methods work best when combined with frequent testing for HIV and counselling. Condom use is important, as anti-HIV medications do not prevent pregnancy or other sexually transmitted infections like gonorrhoea. In taking medications every day on time for life, positive persons protect themselves, and others. Increasingly, countries, including in the Caribbean, are implementing these methods based on their local situation.