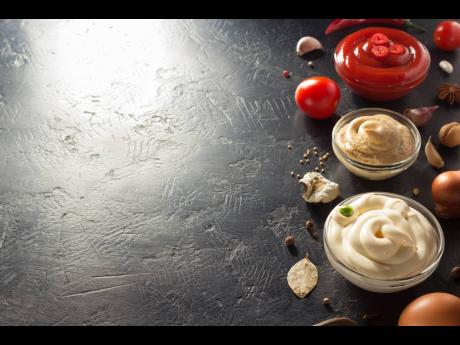 Condiments and spices are overused and are ruinous to the digestion.

In following up on the article entitled ‘Stop eating what you are allergic to’, I will focus on the healing process to maintaining a healthy gut.

There are many foods that we consume on a regular basis that destroy the natural bacteria and the lining of the stomach and the small intestines. Condiments and spices are overused and are ruinous to the digestive system.

The overuse of certain drugs can also destroy this sensitive membrane. These drugs include ibuprofen and aspirin.

Overeating and not giving the stomach time to rest between meals also abuse the stomach.

When a plant-based diet is proposed, many persons are quick to say that whatever we eat we should be consumed in moderation, which is true. Unfortunately, most persons consume tons of gluten every day. Almost every product contains gluten.

“Gluten clogs the systems, rots in the stomach, and wears the system down,” stated Dr Sebi, the famous pathologist, herbalist, biochemist, and naturalist.

Gluten also destroys needed gut microbes which are responsible for healing the lining of the digestive tract, creating healthy mucus, and forming a protective effect on the lining of the digestive tract. If it is possible to remove gluten from the diet entirely for gut healing, it should be done, or its consumption must be reduced. When I removed gluten from my diet, in two days, the pain cleared up.

Refined sugar must also be removed, and if not, reduced. A healthy alternative can be used instead, for example, honey. It is important to note that during the healing process of the body, it is first removing toxins and waste from the entire organ system, thus if enough water is not consumed, breakouts might be experienced.

Signs of leaky gut syndrome include migraines, autoimmune diseases, brain fog, allergies, obesity, and chronic fatigue. In order to combat the effects of the nutritional deficiencies, it is recommended that multivitamins be included in one’s diet.

When allergic stimulants, spices, condiments and gluten are removed from the diet, herbs that encourage normal flora and healing of the stomach can be temporarily introduced.