Could noise cause your heart attack? 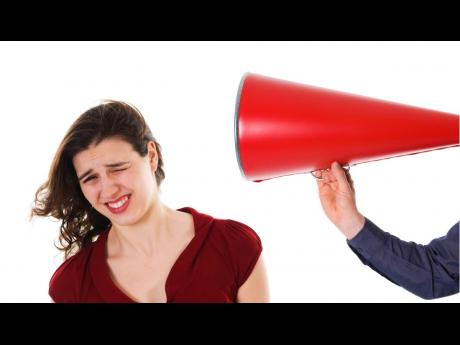 Noise abuse produces a burden of disease, as it can cause temporary and permanent hearing loss, including perforation of ear drums.

NOISE, in an article titled ‘Noise Pollution: A Modern Plaque’ by Lisa Goines and Louis Hagler in 2007, is defined as an unwanted sound that causes wide-ranging adverse health, social and economic effects. It also suggests that annoyance is also observed when noise is of low frequency, accompanied by vibrations, and when noise progressively increases rather than remaining constant.

Dr Guyan Channer, a leading Jamaican ear, nose and throat surgeon, in his talk at the recent Medical Association of Jamaica Conference, underscored what most physicians know: that noise abuse produces a burden of disease, as it can cause temporary and permanent hearing loss, including perforation of eardrums.

He mentioned that vuvuzelas have a high sound intensity of 113 decibels (dB) and were banned from some stadia after the 2010 World Cup in South Africa. For only seven seconds of exposure, vuvuzelas can cause permanent hearing loss for persons standing within two metres of them, yet they are still used in Jamaica. He added that doubling the distance from the source of the noise only decreases the decibel level by 7 dB, so entertainment zones should be miles away from residential areas.

The World Health Organization guidelines suggest that although individual sensitivities differ, below 40dB is recommended. Thirty decibels of night noise appear not to cause substantial biological effects. Between 30dB and 40dB, there is increase in body movements, awakenings, self-reported sleep disturbances, and arousals.

The intensity of the effect depends on the nature of the source and the number of events. Too many people have to adapt their lives to cope with noise, and sleep machines have become the order of the night just to have proper rest.

Unfortunately, disturbed sleep has now been associated with an increased frequency of physical abuse, poor performance, and vehicular accidents.

There is observed associations between poor sleep, obesity, diabetes, depression, aggressive behaviour and the worsening of attention deficit hyperactivity in children.

Japan is a quiet country, where talking on cellular phones is banned on trains and loud music is prohibited publicly.

The blowing of car horns is unknown. Homicides and road accidents are low. Compare that with Jamaica, where we are exposed to loud music everywhere in our homes, in buses, in our cars, from ‘blow-horn’ taxis (same cars we import from Japan), and from loud music events that trump the safety of residents.

The human ear is extremely sensitive and it never rests, so even when you sleep, your ears are working, transmitting sounds to the brain. It is a permanently open auditory channel, so although you may not be aware of it, background noises are still being processed, and your body is reacting to them in different ways with the release of stress hormones

Poor sleepers are at a greater risk for heart disease than others and even if you don’t wake up, the noise negatively affects you and sets off the body’s stress response, leading to heart disease, high blood pressure and other health issues.

Recall that in March 1993, loud music- induced stress was used by the CIA to disrupt and break the thoughts of prisoners.

Most environments contain a combination of sounds from more than one source (for example, motor vehicles, boom cars (roving noise factories), car horns, lawnmowers and other power equipment that add to the burden of noise, but studies relating community noise and disease suggest that night-time noise exposure is worse and induces higher health risks.

Living peacefully in our homes every single day is a right, and despite the promise from the mayor of Kingston to relieve Hope Pastures residents from music noise nuisances, up to five noisy events still continue at the Hope Gardens/Zoo each week.

This community rests in a natural amphitheatre where whispers are magnified.

What to do? Keep the volume down. Patrons should stay away from loudspeakers at noisy venues.

Doctors, parents and teachers must educate children about the dangers of loud sounds. Government should develop stricter laws, rigorously enforce already-existing laws regarding noise nuisance, and mandate to avoid at all costs environmental noise that causes sleep disturbances and illness.