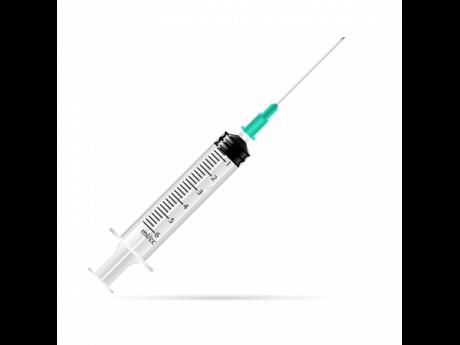 THE CURRENT COVID-19 pandemic has shifted the focus of health promotion and health education strategies of healthcare policymakers from primary healthcare programmes to COVID-19 prevention and mitigation.

However, the concern still exists regarding the monster, cervical cancer. Cervical cancer occurs in the lower part of the uterus and usually produces no symptoms. It is the third most common cancer affecting women worldwide and the second leading cause of cancer death among Jamaican women. It is the 13th leading cause of death in Jamaica, ranking us 31st in the world. Deaths from cervical cancer are three times higher in Latin America and the Caribbean than in North America, with almost 70 per cent of the global burden falling on less developed countries. However, when detected early it is 100 per cent treatable.

The most common risk factor for cervical cancer is exposure to the human papillomavirus (HPV). Unlike many cancers, cervical cancer can be prevented using cost-effective interventions, including immunisation with the HPV vaccine, which is believed to prevent approximately 70 per cent of cancer cases and contribute significantly to the reduction in cancer mortality. There are over 150 types of the HPV, with types 16 and 18 the most common causes of cervical cancer; more than 40 types are known to be spread sexually. HPV is quite possibly the most common STD, and is the first-ever identified cause of a human cancer. Women who are HIV-positive have a weakened immune system and are five times more likely of contracting HPV. Additionally, HPV infection occurs more frequently in HIV-positive women, increasing their risk of developing cervical cancer.

As much as 50 per cent of these women will develop a cervical cancer that progresses faster than in non-infected women. HIV-positive women have a high prevalence of HPV, and are infected with a broader range of HPV types than HIV-negative women. The AIDS Clinical Trials Group Protocol 5240 concluded that even with a low CD4 count, HIV-positive women responded well to the HPV vaccine. A study conducted in Canada by Jessica Khan et al discovered that women with HIV may benefit from the HPV vaccine despite having already been exposed to HPV. Vaccination will reduce morbidity and mortality, subsequently improving the financial, social and economic circumstances of individuals, families and communities. The death of a woman to cervical cancer is a painful and completely avoidable experience, and effort should be placed in the reduction or elimination of the HPV virus that causes the untimely death of so many of our women.

Following the guidelines of the World Health Organization (WHO), the Ministry of Health and Wellness in 2017 introduced the HPV in the Expanded Programme on Immunisation. This programme of HPV protection for girls ages nine to 14 years has seen a disappointing uptake of less than 50 per cent since its introduction, and will not provide sufficient coverage from the HPV in later years. Additionally, older girls who are more vulnerable to HIV are not beneficiaries of the programme. The current pandemic resulted in the closure of schools, scaling down of non-essential clinic activities and redeployment of public health personnel. The subsequent social-distancing policies reducing face-to-face interactions brought the already struggling programme to a screeching halt.

Consequently, thousands of unused doses of HPV vaccine previously earmarked for the programme are at risk of expiration and wastage. However, in light of the WHO recommendations and the benefits to be derived from the use of the vaccine, I would strongly recommend that the excess not being utilised by the projected cohort be diverted to the HIV/STI clinics and utilised for the reduction of the risk of morbidity and mortality among our HIV-positive women. The effects of cervical cancer can be very crippling, especially when it affects women in their most productive years. It is important to ensure that unnecessary cervical-cancer deaths are prevented with the expansion of the availability and utilisation of the HPV vaccine to these vulnerable HIV-positive women.