Children and the transmission of COVID-19 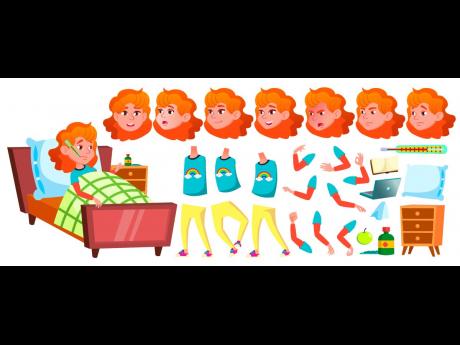 IF COVID-19 were like the flu, globally, one would expect places with more children to have more intense epidemics, but this is not the case. During the influenza season, however, children help spread influenza to their families and other children.

Children are susceptible to other known coronaviruses (such as the common cold) circulating during the annual cold and flu season. Yet, something different is happening with children during this COVID-19 pandemic. Globally, one to seven per cent of all the reported COVID-19 infections are in children under 18 years. Rates may be higher as asymptomatic children are less likely to be tested. In countries with widespread community testing for the virus, the evidence suggests that children may be less likely to be infected. In South Korea and Iceland, young children were less likely to test positive for SARS-CoV-2 than adolescents or adults. In Guangzhou and Wuhan/Shanghai, China, and in Japan, children were less likely than adults to test positive for the virus following exposure to an infected person. One study from Shenzhen, China, suggested that they were equally susceptible to infection. Children are usually asymptomatic or present with mild symptoms. Those with comorbidities are more vulnerable and experience more severe symptoms. In rare cases, a severe form of COVID-19 called multisystem inflammatory syndrome (MIS-C) affects children of all ages but primarily affects healthy older children and adolescents.

DID SCHOOL CLOSURE HELP IN CHANGING THE COURSE OF THE DISEASE IN CHILDREN?

During the early part of the pandemic, when schools were closed and children stayed home, studies suggested that children were at low risk of getting and spreading the SARS-CoV-2 virus responsible for COVID-19 disease. Evidence is evolving with the reopening of schools in some countries to help understand transmission among children.

What happened to children in educational settings that opened or remained opened? Limited evidence suggests that transmission by symptomatic pre-adolescent children is uncommon in educational settings, particularly if the class size is small. In contrast, transmission by adolescents in high school or secondary school is documented, but this finding is inconsistent. Fraternity parties and lack of enforcement of preventative measures such as the wearing of masks and social distancing protocols facilitated recent outbreaks in college dormitories in the US.

A recent report from the US Centers for Disease Control described 110 children attending childcare exposed to a known contact. Thirteen children were confirmed positive for the virus causing COVID-19 disease. Twelve (26 per cent) of 46 contacts outside of the facility became infected. One parent was hospitalised.

Regarding masks, the use of masks was evaluated in educational settings during influenza outbreaks in Japan. Effectiveness of mask-wearing in preventing infection approached that of vaccinated students. When compared with older children, mask-wearing in younger children was less effective due to inferior fit and lower compliance

WHAT ARE PRE-SYMPTOMATIC CHILDREN?

Transmission of the virus among pre-symptomatic children and adolescents appear to be uncommon in educational settings when effective case-contact testing and epidemic control strategies are implemented. In Australia, where most schools remained open during the first wave of the pandemic, 12 children who attended primary school, secondary school, or early childhood education institutions while infectious with COVID-19 infected three secondary persons (two children and one adult) among 752 contacts (649 children and 103 adults).

CAN CHILDREN SPREAD COVID-19 IN THE COMMUNITY?

Limited evidence suggests that transmission by children, particularly young children, is uncommon, perhaps because of viral interference or milder symptoms. Older children and adolescents appear to be able to transmit SARS-CoV-2 effectively.

CAN CHILDREN SPREAD THE DISEASE AT HOME?

What does this all mean if school reopens? The extent to which children contribute to the transmission of SARS-CoV-2 is not entirely understood. Based on the limited available evidence, older children (e.g., teenagers) may play a more active role in transmission than younger children. Small classes, adherence to infection control precautions, low community spread, and effective case contact testing appear to contribute to limited spread in educational settings. Special attention to vulnerable children and children with developmental disorders, disabilities, or other specific health conditions that might interfere with mask-wearing need to be considered, especially in educational settings. Students and teachers who live in homes with people at high risk for severe COVID-19 should also be considered among the vulnerable. Decontamination after using public transport and maintaining handwashing protocols in the home setting can complement proposed infection control strategies in educational settings.

Dr Tracy Evans Gilbert is a senior associate lecturer at The University of the West Indies and a consultant in Paediatrics, Tropical Medicine, and Public Health at the Cornwall Regional Hospital.