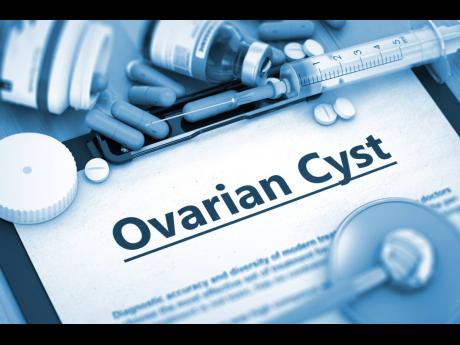 Many person are unfamiliar with the various hormonal struggles women face daily.

Among these is the polycystic ovary syndrome (PCOS), which is common among women of reproductive age, subjecting them to infrequent or prolonged menstrual periods or excess male hormones. These indicators cause women with PCOS to sometimes live with the fear of not being able to reproduce.

Tricia Powell said she was diagnosed with the reproductive disorder when she was 25 years old.

“I struggled with irregular periods, acne problems, facial hair, weight gain and difficulty getting pregnant. It affected my social life a lot because when my period did come, it lasted over a long period and the flow was very heavy. I had frequent mishaps at work or when going about my normal business. When I got married, it was very difficult to conceive,” she said, adding that she and her husband had to cope with the pressures from friends and family who constantly enquired about them having children.

Powell revealed that following her diagnosis, she had begun extensive research on the syndrome to better understand what she was dealing with and how she could help herself.

“I joined PCOS groups on Facebook at the time to increase my knowledge and understanding. I took a lot of hormone tablets and spent thousands of dollars on pregnancy and ovulation kits.

“I was trying for over six years. I got pregnant for the first time at 32 years old. My husband was very supportive, but I believe he thought it was not possible because I had two miscarriages before I had my first child. He was only convinced when I reached full term in my first pregnancy. He was faced with pressures from his peers about having a ‘yute’ but he believed that if we weren’t able to conceive, adoption was a strong possibility,” she said, as she emphasised the importance of having a supportive husband when contending with hormonal disorders.

With a mindset shift and renewed faith in God, Powell, who owns and operates a company called Honey and Almond Catering, said she was able to change the trajectory of her life and situation.

According to her, “I had to learn about my body and it was by researching I realised that I was not ovulating. The symptoms that most women experienced during ovulation was foreign to me. My faith played an important role because I knew that God would come through for me. I prayed earnestly and asked God to help me conceive but I didn’t want it to be done through any hormone tablets. I started dieting and exercising, left a high-stressed job and prayed earnestly. That was my formula … I stopped taking those pills. I had two more kids after but I still struggle with facial hairs and weight gain.”

To women struggling with PCOS, Powell said, “Do lots of research. Second, change your diet and cut back on refined carbs and increase intake of fruits and vegetables. Talk to your spouse about it so he understands what is happening to your body. Seek an OBGYN that can help you assess your situation. Lastly, don’t give up hope. With God all things are possible.”