WHO hears the call of women with breast cancer 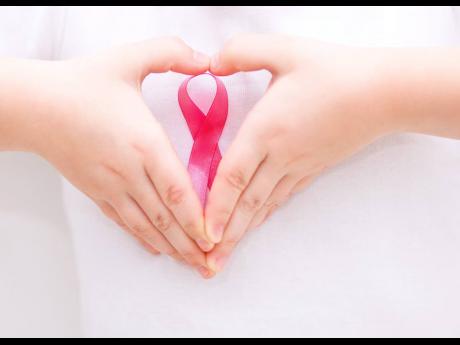 A major new collaborative effort, the Global Breast Cancer Initiative, was introduced on Monday by the World Health Organization, with the objective of reducing global breast cancer mortality by 2.5 per cent per year until 2040, thereby averting an estimated 2.5 million deaths. In recognition of International Women’s Day, WHO hosted an advocacy event, ‘Hearing the call of women with breast cancer’, during which the new initiative was presented to the global cancer community.

“Although we have seen substantive progress in reducing breast cancer mortality in many high-income countries during the last two decades, little progress has been made in low- and middle-income countries,” said Dr Bente Mikkelsen, director of the Department of Non-communicable Diseases at WHO. “The higher mortality in these lower-income countries is a result of late-stage diagnosis and inadequate access to quality care. Together, we can address this unacceptable inequity.”

Breast cancer survival five years after diagnosis now exceeds 80 per cent in most high-income countries, compared with 66 per cent in India and just 40 per cent in South Africa. The premature deaths and high out-of-pocket expenditure that arise when breast cancer services are unavailable or unaffordable result in social disruption, impoverishment, family instability and orphaned children, and also threaten economic growth.

The importance of addressing this situation has become all the more urgent given that breast cancer has now overtaken lung cancer as the world’s mostly commonly diagnosed cancer, and is responsible for one in six of all cancer deaths among women, according to statistics released by the International Agency for Research on Cancer (IARC) in December 2020.

The establishment of WHO’s new Global Breast Cancer Initiative follows a steady escalation in the recognition of breast cancer as a public- health priority during the last decades. Through the initiative, WHO, working in unison with other UN agencies and partner organisations, will provide guidance to governments on how to strengthen systems for diagnosing and treating breast cancer, which in turn is expected to lead to improved capacities to manage other types of cancer.

“Global partners, experts and other organisations will be convened through the initiative to map existing activities, develop road maps, and establish multisectoral working groups to address health promotion and early detection, timely breast cancer diagnosis, and comprehensive breast cancer treatment and supportive care,” said Dr Ben Anderson, leading the work on the new initiative at WHO. “The demand for a global approach, that brings together the best expertise on breast cancer control from around the world, is high, as is the excitement about what can be achieved.”

Health promotion, the first pillar, will include public education about the signs and symptoms of breast cancer, risk reduction strategies (such as avoiding obesity, limiting alcohol intake and encouraging breastfeeding), and reducing the stigma associated with breast health that exists in some parts of the world.

Timely breast cancer diagnosis should reduce delays between the time a patient first interacts with the health system and the initiation of breast cancer treatment. Although breast tumours do not change in days or weeks, cancer survival rates begin to erode when delays to initiate treatment are greater than three months. Current delays in some settings and among certain vulnerable populations can be more than a year. Basic diagnostic services are feasible in all settings, so long as they are well organised and lead to timely referral for specialist care.

Comprehensive treatment and care for breast cancer treatment should include access to surgery, chemotherapy and/or radiotherapy, as well as rehabilitation support for women following treatment and palliative services to reduce pain and discomfort.

An evidence-based technical package will be provided to countries, linked to online learning platforms and other types of support, and rolled out over the next year. The package will incorporate existing WHO cancer tools and products to promote an integrated approach across cancers and to strengthen health systems more broadly.