Breast is best: The importance of milk 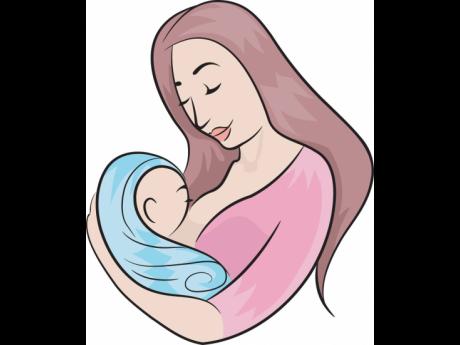 IF YOU have been considering not breastfeeding your new baby, you are probably inundated with information. It is a personal decision only you can make, but the benefits are seemingly endless.

Before you decide or if you just need reassurance that breast milk is the right choice for you, let’s go through all the benefits to both you and baby.

The World Health Organization (WHO) recommends breastfeeding until two years old or longer because the benefits continue that long. WHO recommends starting as early as one hour after birth for the biggest benefits.

•Most healthcare professionals recommend exclusive breastfeeding for at least six months or much longer. Breast milk contains everything the baby needs for the first six months of life, in all the right proportions. Its composition even changes according to the baby’s changing needs, especially during the first month of life.

•During the first days after birth, your breasts produce a thick and yellowish fluid called colostrum. It is high in protein, low in sugar, and loaded with beneficial compounds. It is truly a wonder food and not replaceable by formula.

•Colostrum is the ideal first milk and helps the newborn’s immature digestive tract develop. After the first few days, the breasts start producing larger amounts of milk as the baby’s stomach grows.

•About the only thing that may be lacking from your magical milk supply is vitamin D.

•Breast milk is loaded with antibodies that help your baby fight off viruses and bacteria, which is critical in those tender, early months.

It may reduce your baby’s risk for many illnesses and diseases, including:

•Middle ear infections - Breastfeeding, particularly exclusively and as long as possible, may protect against middle ear, throat, and sinus infections well beyond infancy.

•Colds and infections - Babies exclusively breastfed for six months may have a lower risk of getting serious colds and ear or throat infections.

•Intestinal tissue damage - Feeding preterm babies breast milk is linked with a reduction in the incidence of necrotising enterocolitis.

•Allergic diseases - Breastfeeding is linked to a reduced risk of asthma, atopic dermatitis, and eczema.

•Bowel diseases - Babies who are breastfed may be less likely to develop Crohn’s disease and ulcerative colitis.

•Diabetes - Breastfeeding is linked to a reduced risk of developing type 1 diabetes and non-insulin-dependent (type 2) diabetes.

•Breastfeeding promotes healthy weight gain and helps prevent childhood obesity. One study showed that breastfeeding for longer than four months had a significant reduction in the chances of a baby developing overweight and obesity.

•This may be due to the development of different gut bacteria. Breastfed babies have higher amounts beneficial gut bacteria, which may affect fat storage.

•Babies fed breast milk also have more leptin in their systems than formula-fed babies. Leptin is a key hormone for regulating appetite and fat storage.

BREASTFEEDING BENEFITS FOR YOU

1. BREASTFEEDING MAY HELP YOU LOSE WEIGHT

•You may have heard this one often. While some women seem to gain weight during breastfeeding, others seem to effortlessly lose weight.

•Breastfeeding does burn more calories and after three months of lactation, you will likely experience an increase in fat burning, compared to non-lactating mothers. Though the difference isn’t significant.

•During pregnancy, your uterus grows immensely, expanding from the size of a pear to filling almost the entire space of your abdomen.

•After delivery, your uterus goes through a process called involution, which helps it return to its previous size. Oxytocin, a hormone that increases throughout pregnancy, helps drive this process.

•Oxytocin also increases during breastfeeding. It encourages uterine contractions and reduces bleeding, helping the uterus return to its previous size.

•Studies have also shown that mothers who breastfeed generally have less blood loss after delivery and faster involution of the uterus.

3. M OTHERS WHO BREASTFEED HAVE A LOWER RISK FOR DEPRESSION

•Postpartum depression is a type of depression that can develop shortly after childbirth.

•Women who breastfeed seem less likely to develop postpartum depression, compared to mothers who wean early or do not breastfeed, according to a 2012 study.

Breastfeeding seems to provide you with long-term protection against cancer and several diseases.

The total time a woman spends breastfeeding is linked with a reduced risk for breast and ovarian cancer. Women who breastfeed have a lower risk for:

•Continued breastfeeding also pauses ovulation and menstruation. The suspension of menstrual cycles may actually be nature’s way of ensuring that there’s some time between pregnancies.

•You may consider this change as an extra benefit. While you are enjoying precious time with your newborn, it is just one less thing to worry about.

World Breastfeeding Week, celebrated annually by the World Alliance for Breastfeeding Action, was held from August 1 to 7, and aimed to highlight the huge benefits that breastfeeding can bring to the health and welfare of babies and benefits to maternal health, focusing on good nutrition, poverty reduction, and food security.