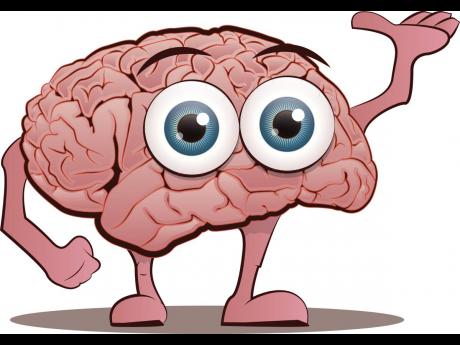 Say the word ‘psychedelics’ and what quickly comes to mind is a kaleidoscope of colours ... flower power ... peace and love and ... LSD (lysergic acid diethylamide). The most well-known psychedelic compound, LSD has been banned for many years. However, other related compounds classified as psychedelics appear to be taking a similar path as travelled by cannabis. As in the cannabis playbook, the world of psychedelics has a diverse group of players – entrepreneurs, natural product chemists, biologists, medics, traditional herbalists, farmers, and most significantly, mental health professionals. Big money the common motive? Most definitely! But there is more.

It has been acknowledged in certain quarters that the world has another pandemic running parallel to the COVID-19 pandemic. That of mental disorders. Let us not rush to cast all the blame on COVID though. Mental illnesses have been with us since time immemorial and have quietly been escalating. The statistics are sobering. In 2019, the National Alliance on Mental Health reported one in five persons suffering from some mental illness in the US, the same year when anecdotal figures in Jamaica were one in three. In Canada, acknowledged as one of the best countries in which to live, it was estimated by the Centre for Addiction and Mental Health that one in five adult Canadians (21.3 per cent) will suffer a mental disorder in their lives. And the impact of COVID-19 had not yet been factored! This troubling trend has not gone unnoticed, as novel research in the role of psychedelics in treatment and therapies has been under way for the past few years.

The most talked-about natural psychedelic these days is psilocybin (and related compound psilocin), both found in certain types of mushrooms. These compounds are classified under the 1979 Controlled Substances Act as Schedule 1, which is a list of chemicals or substances that have no accepted medical use and have a high potential for abuse. This classification is likely to change soon due to growing scientific data and results of clinical studies that support the efficacy of psychedelics such as psilocybin in the treatment of mental illnesses. Furthermore, contrary to common belief, psychedelics are not addictive.

Interestingly, at present, psilocybin-containing mushrooms (also known as ‘magic mushrooms’) are legal only in a handful of countries, Jamaica included. Unfortunately,the attendant regulatory framework for the cultivation and use of these mushrooms is sometimes missing, a situation warranting urgent attention. Millions of persons suffering from post-traumatic stress disorder, anxiety, depression, cluster and migraine headaches, having exhausted many other medications and therapies, now look to naturally occurring psilocybin, such as in magic mushrooms, for relief. For them, relaxing the international classification of psychedelics like psilocybin cannot come too soon. Fortunately, there have been some movements in this regard. In Oregon, USA, for example, psilocybin was made legal for medicinal use under Measure 109 as of November 4, 2020. Last year, Canada hit the headlines when Health Canada granted a legal exemption to its drug laws, known as a Section 56 exemption, to four terminal cancer patients, allowing them to use psilocybin-assisted psychotherapy to relieve their end-of-life anxiety and distress. These latest developments were not spontaneous, but evidence-based. With heightened research and clinical studies, the body of knowledge on the role of psychedelics in the treatment of a myriad of mental health illnesses will determine how fast other jurisdictions get on board.

While there is cautious optimism, there are also exciting prospects for impacting economic growth for some countries. Diversification of the tourism product to include health and medical tourism, for example, could see the production and marketing of legal psilocybin mushrooms and related products, therapies, retreats, and clinical trials. For this to be realised, a fit-to-size regulatory framework is needed. Here, we may have the bottleneck, although one would hope that lessons gained from the cannabis journey would be instructive. Eyes are on Jamaica, already somewhat of a tourism mecca. Bets are on that she will not drop the ball!