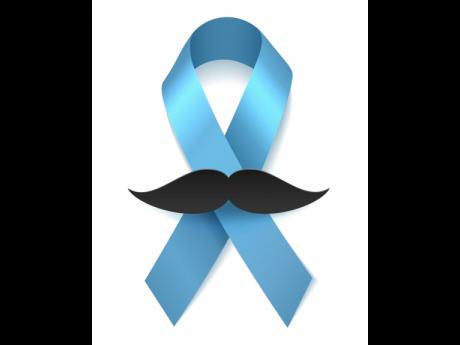 No one can tell you exactly what will happen. How prostate cancer affects you will depend on many things. Twelve years ago, for Michael Jureidini, after years of low and stable prostate-specific antigen (PSA) levels, the readings started to increase and his family doctor referred him to a urologist.

The urologist then did the routine digital rectal examination (DRE) and repeated the PSA test at six-month intervals, which showed continued increases. A biopsy was done in May 2010 that confirmed that he had prostate cancer.

“The results were what they were. I accepted them and wanted to have it dealt with as quickly as possible,” Jureidini said.

“My urologist had briefed me as to the process from the first visit when the initial DRE examination was done, and outlined that once the PSA readings were increasing over each six-month period then a biopsy would be done. Winsome, my wife, and myself were invited to meet with the urologist on receipt of the results from the biopsy,” he added.

“The most obvious symptom I experienced was an urgency to urinate, especially late in the evenings. I tried as best as possible to not drink anything at all after 5 p.m. and if I did, I would not wait until I needed to urinate before going to the bathroom,” Jureidini said.

Not every man with prostate cancer needs to be treated right away. If you have early-stage prostate cancer, there are many factors such as your age and general health, and the likelihood that the cancer will cause problems for you, to consider before deciding what to do.

Jureidini opted for robot-aided prostatectomy, which is a minimally invasive procedure performed by an experienced laparoscopic surgery team with the assistance of advanced surgical technology. “The experience was very good in terms of the whole process. Inclusive of the surgery, the time spent abroad and at home for recovery, within eight to 10 weeks I was back at work,” he said.

Robot-assisted prostatectomy can result in reduced pain and blood loss, reduced tissue trauma, a shorter hospital stay, and a quicker recovery period than a traditional prostatectomy. You usually can return to normal activity, with minor restrictions, around four weeks after surgery.

“I kept faith in the Almighty and remained positive at all times. I never saw any other outcome but a positive one, to the extent that, in retrospect, there are some things that I omitted to have done then that I really should have done,” Jureidini said.

Jureidini is part of a group, Brothers United Against Prostate Cancer, formally launched on November 19, 2019, under the auspices of the Jamaica Cancer Society as a non-denominational prostate cancer support group.

“The objective of the group is to help educate, encourage screening, as well as offer emotional, spiritual and mental support to the newly diagnosed, survivors and their caregivers. The group was formed out of the urgent need for greater education, increased need for screening for prostate cancer and support required, based on Jamaica’s high incidences of prostate cancer,” he said.

For men that are hesitant to get screened, Jureidini is encouraging them to get tested, as the goal of screening for prostate cancer is to find cancers that may be at high risk for spreading if not treated, and to find them early before they spread.

“Please get tested. Jamaica has one of the highest rates of prostate cancer in the world. The worst fear is the fear of the unknown. Patiently and deliberately look after your spiritual, mental, physical and emotional health; listen to your doctors and cooperate with your caregivers,” he said.