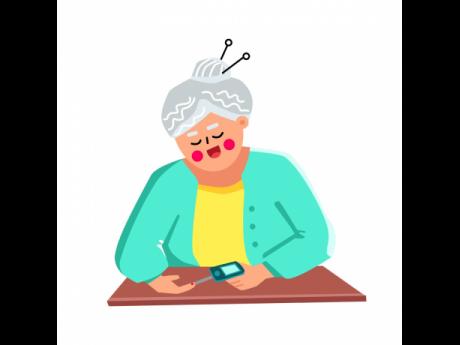 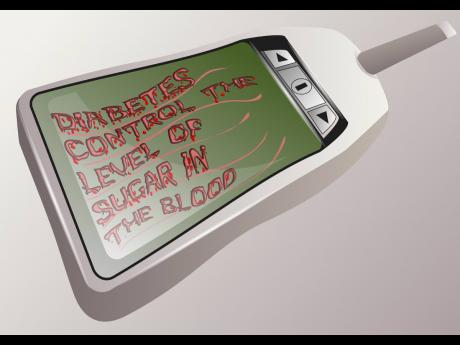 STOP AND think for a minute that you are going about your daily affairs, then you catch a cold that refuses to go away after many attempts with over-the-counter medications. You think it could be something quite simple and visit your doctor to assist you in your healing process.

However, the diagnosis that you receive is mind-boggling and earth-shattering to say the least, and changes your life forever.

In 2018, Carolyn Hewitt, after battling what felt like cold and flu symptoms for some time, went to see her doctor. She was left in a state of shock after it was revealed that she had type 2 diabetes. The then 30-year-old said she was never one to partake in sugary drinks or unhealthy foods, she was neither overweight nor obese, and in fact she said she was quite slim.

“I took some time off from work and visited my doctor. It was at that point that I had done a urine check as part of my visit, after which the nurse told me that there was a lot of sugar traces found in my urine sample. She then proceeded to ask me if I was diabetic,” she said.

“The nurse insisted that there was something wrong, because the glucose levels in my urine were too high and that she believed I was diabetic. She then invited me to do a blood sugar test on the spot, which revealed that my blood glucose level was also high,” Hewitt said.

The doctor’s office recommended that she did a series of tests to confirm the diagnosis, after which they placed her on the required drugs. At this stage, she was diagnosed with type 2 diabetes. When the harsh reality hit her again, Hewitt made the necessary steps to adequately deal with the situation. However, during the first few months she started experiencing adverse reactions to the medications.

“At one point, my autonomic functions, such as my heart rate, became severely impacted to the point of being placed on medication to regain control as I would suffer from severe tachycardia, a condition in which the heart rate is very fast, which was as a result of my diabetes being poorly controlled due to having been misdiagnosed with the wrong type,” Hewitt said.

After several checks, it was determined that she was misdiagnosed and had in fact type 1 diabetes. Hewitt was again forced to come to terms with her illness, and the more dreaded type of diabetes also known as juvenile diabetes, in which people are insulin-dependent, which means they must take artificial insulin daily to stay alive.

“I visited the Diabetes Association of Jamaica for this particular reason, and there I received specialist care and was reintroduced to a proper diagnosis and got the well-needed treatment. I was placed on insulin and have regained control of my health ever since,” she added.

Hewitt said she has had a somewhat of a bittersweet relationship with taking insulin, because doing so came with symptoms; in particular, low blood sugar. “Low blood sugar can be a drag because it is something not to be messed with. When my blood sugar is low, I often feel confused, irritable, shaky, extremely hungry and have a rapid heart rate. Sometimes if it’s too low, I may even feel sleepy,” she said.

The diagnosis, she said, was quite a shock for her, as the only person in her family who had the disease was her father, who contracted the illness very late in his life. Hewitt said her diagnosis was very difficult to accept, mainly because of the stigma behind the illness, and the fact that she had no real understanding about the disease.

“My only knowledge of diabetes was based solely off the beliefs and opinions of others. The most disappointing thing is that there is a huge misunderstanding that all forms of diabetes is caused by only one thing; sugary foods. In my case, I came to understand that my condition was triggered by an immune system response; my immune system began to attack the insulin producing cells in my pancreas, causing me to become insulin deficient,” Hewitt said.

Hewitt said she had people who were aware of her situation try to dictate to her what she should or shouldn’t do as a diabetic. There were also times, she said, she even felt afraid of going to sleep believing she would die from low blood sugar because of taking insulin.

“Now that I have a better understanding after doing lots of research and from self-experience, I know how to better manage my condition and offer advice to those living with diabetes as well. I now realise that living with this disease isn’t always triggered by poor dieting, and the different forms of the disease that are present,” Hewitt said.

Treatment, she said, can be very expensive and she currently does not have health insurance. She also spends a significant amount of money on health foods. “I spend close to $30,000 monthly between purchasing insulin pens, needles and glucose checking strips. It is quite hard to strike a balance with meal preparations at times because eating healthy can be quite expensive and you do not always get a lot of food with the money you spend,” Hewitt said.

There is no cure for diabetes, but she is very optimistic that she can manage the disease to the extent of living a fulfilled life. “There are times when I do not have very good control of my situation but I do not let it stop me from starting over again. I try not to beat myself up when I do make mistakes and stay positive when it seems difficult because stress is one of the last things you want to add to yourself in conditions like these,” Hewitt said.

For persons that have been diagnosed with the illness, Hewitt said it is not the end of the world, and you should not get discouraged when or if you try something that others may suggest to help with your condition that does not work for you.

“Diabetes is not a one-shoe-fits-all type of situation and sometimes what other people suggest might not always be what’s best for you. Get expert advice and stay connected with groups that share common interest that will help you stay healthy and build your confidence in controlling your condition. Also getting the right diagnosis will help you to apply the right form of treatment in order to have better control of the disease,” she concluded.