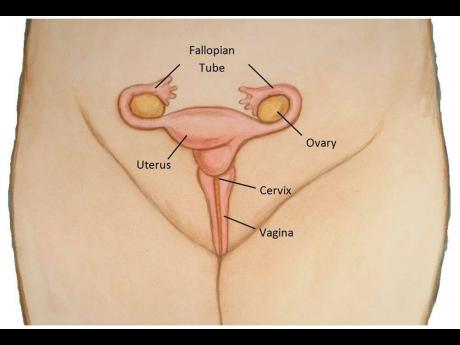 Cervical Health Awareness Month is marked every year in January to encourage women to be more attentive to their health. Cervical health is one aspect of health that many women neglect throughout their lives. By becoming more knowledgeable about this, women can detect any health issues at an early stage and get access to the best treatment.

Cervical cancer happens when cells change in women’s cervix, which connects the uterus and vagina. This cancer can affect the deeper tissues of the cervix and may spread to other parts of the body, often the lungs, liver, bladder, vagina, and rectum.

Most cases of cervical cancer are caused by infection with human papillomavirus (HPV), which is preventable with a vaccine. Cervical cancer grows slowly, so there is usually time to find and treat it before it causes serious problems. It kills fewer and fewer women each year, thanks to improved screening through Pap tests.

Women 35 to 44 years old are most likely to get it. More than 15 per cent of new cases are in women over age 65, however, especially those who have not been getting regular screenings.

In Jamaica, cervical cancer is the fourth most common cancer overall, and the second most common in women. The incidence here is as much as over twice the rates in some other Caribbean islands, with approximately 200 women dying annually as a result of cervical cancer in Jamaica.

Majority of cases of cervical cancer occur in women who have never done a Pap smear; or those who had done their smears over five years prior to the detection of the cancer. In Jamaica, Pap smears are recommended annually but the evidence is that up to 25 per cent of women have never done one.

It is a simple office procedure done by any medical practitioner or nurse in the private office, or the public hospital or health centres, as well as at the Jamaica Cancer Society. It is important to collect the Pap smear results so that abnormalities can be addressed and managed as appropriate.

As there is no specific treatment for HPV, prevention is the key. The use of condoms and avoidance of the predisposing factors of cervical cancer are important. These include smoking, a diet that is not rich in fruits and vegetables, promiscuity, having a promiscuous partner, and early onset of sexual activity.

Women with a weakened immune system have a higher-than-average risk of developing cervical cancer. This includes women who are HIV-positive, and women who have had organ transplants and must take drugs to suppress the immune system so that their bodies do not reject the new organ.

• Vaginal bleeding after intercourse, between periods or after menopause

• Watery, bloody vaginal discharge that may be heavy and have a foul odour

• Pelvic pain or pain during intercourse

Make an appointment with your doctor if you have any signs or symptoms that concern you.

To reduce your risk of cervical cancer:

• Have routine Pap tests. Pap tests can detect precancerous conditions of the cervix, so they can be monitored or treated in order to prevent cervical cancer. Most medical organisations suggest beginning routine Pap tests at age 21 and repeating them every few years.

• Practise safe sex. Reduce your risk of cervical cancer by taking measures to prevent sexually transmitted infections, such as using a condom every time you have sex and limiting the number of sexual partners you have.

• Do not smoke. If you do not smoke, do not start. If you do smoke, talk to your doctor about strategies to help you quit.