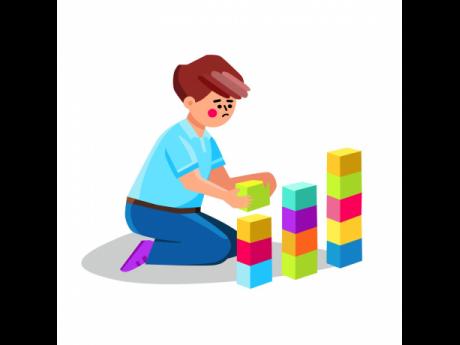 According to the Centers for Disease Control and Prevention, autism affects an estimated one in 44 children in the United States of America.

We know that there is not one autism but many sub-types, most influenced by a combination of genetic and environmental factors. Because autism is a spectrum disorder, each person with autism has a distinct set of strengths and challenges. The ways in which people with autism learn, think and problem-solve can range from highly skilled to severely challenged. Some people with ASD may require significant support in their daily lives, while others may need less support and, in some cases, live entirely independently.

The range of autism symptoms varies greatly. One individual may experience mild anxiety or avoid eye contact, whereas another may have much difficulty communicating and engage in severe tantrums. Knowing the common symptoms of autism can be helpful.

While autism can only be diagnosed by a healthcare professional, this list of common symptoms associated with autism can help parents and caregivers know what to watch for.

• PRAGMATIC LANGUAGE – Most individuals on the autism spectrum have difficulty communicating with other people. This often becomes apparent during early childhood. Any delays in speech development and non-verbal communication should be evaluated by a qualified specialist.

• EYE CONTACT AND NON-VERBAL COMMUNICATION – Poor and avoidance of eye contact are common symptoms among those with autism. Other non-verbal communication difficulties may include recognising and using facial expressions, physical gestures, and overall body language.

• TONE OF VOICE – Some people with autism may have difficulty regulating or modulating their tone of voice. As a result, they may speak too loudly, too quietly, and/or with a monotone voice.

• REPETITIVE BEHAVIOURS – Many people with autism may perform the same behaviours repetitively. This may include rocking, spinning, or flapping of the hands and arms, or flickering their fingers in front of their eyes. They may also play with toys or other objects in unusual ways, such as spinning coins or plates tirelessly and repeatedly flipping light switches.

• RITUALISTIC BEHAVIOURS – This may include eating the same foods at every meal or watching the same videos over and over again. They may even become quite upset soon after any slight changes in plans.

• SELF-INJURY – Some individuals on the autism spectrum bang their head against the ground or wall, bite their hands, or excessively rub or scratch their skin. There are many ways to treat these behaviours including medical, sensory, nutritional, and behavioural approaches. Talk to your doctor as soon as possible if your child engages in any form of self-injurious behaviour.

Several medical conditions are associated with autism, and they are often referred to as comorbidities or co-occurring conditions. These can include seizures, sensory sensitivities, anxiety, and sleep disturbances, as well as gastrointestinal, metabolic, and immune dysregulation. Talk with your doctor to identify and treat such conditions.

Autism symptoms in children may be recognised as early as 18 months. More recently, adults are being diagnosed with autism, and this is likely due to increased awareness and screening during medical appointments.

If you suspect that your child may have autism, talk to your doctor. Interventions can make a big difference for both your child’s health and development.